Repair of machinery via virtual headset, cows in the matrix virtual reality is taking over agriculture 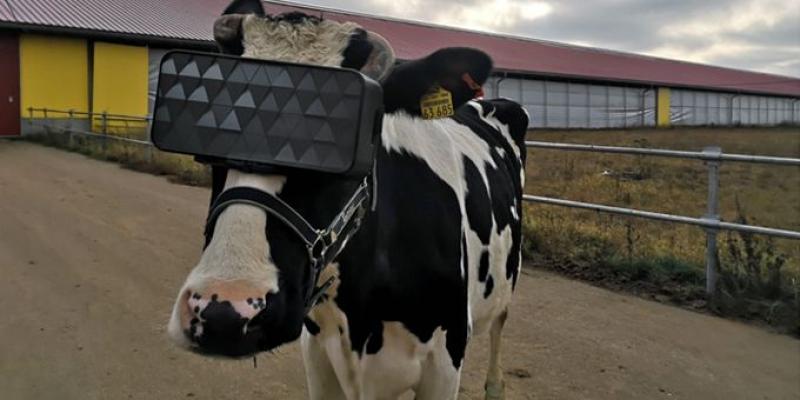 Today it is difficult to imagine the development of any industry without the use of innovative technologies. And agriculture, which once seemed to have enough good equipment and quality machinery, is now actively implementing scientific know-how. Innovative sensors, robotics, drones and electronic data analysis tools are an incomplete list of innovations successfully used by farmers around the world. Now, scientists have stepped forward and are offering farmers the opportunity to develop their farms using virtual or augmented reality technology. In this article, you will learn how one reality differs from the other and what opportunities each offers to agriculture.

First, let's look at the features of augmented reality (AR).

The developers assure that anyone can successfully use the technology of augmented reality (AR), it is not necessary to have superpowers. It is like in the game Pokémon Go, which works on the principle of augmented reality, when the player looks at the real world through a smartphone camera. This technology helps the wearer of AR glasses to see the real world with additional information superimposed on it in the form of text, images, video, sound or other objects, i.e. any digital data. This is usually done using a visual headset (AR glasses) or the screen of a smartphone or tablet.

AR technology is designed to help people better understand the real world around them and help them solve the issues that arise on a daily basis without the involvement of specialists, the developers say. For example, a farmer who wears an AR headset will be able to repair a particular piece of equipment on his own without being a mechanic. Information on parts and repair instructions will appear on the headset's display as he works. Or the same farmer can assess the quality of a potential purchase from the comfort of his office or home. With the headset, he can see the product he's buying from all sides, rotate it and interact with it as he sees fit. It's even possible to place it in its environment to see how it fits in with the interior or other parameters.

Cows in the Matrix

The introduction of innovative technology in agriculture. Although the technology has fewer applications for farms right now, the prospects for VR are enormous, experts say. And someone is already "pulling" animals into the virtual space as well.

Last year, a virtual world for cows was created and piloted on a farm in the Moscow region of Russia. The cows were able to see the virtual world through a VR headset. The unique simulation was developed taking into account the eyesight of cattle, which perceive green and blue colors poorly. With the headset on the display, the cows saw sunny summer fields, which in turn, according to the developers, should have had a favorable effect on both the quantity and quality of milk. After all, many studies have shown a direct correlation between environmental conditions and milk production.

As in many other areas, innovations in agriculture were among the first to be implemented in the United States. Smart agriculture has been used in this country since the mid-1980s, when the U.S. made GPS available to civilians. Since then, analysts say, smart technology has become a multi-billion-dollar business, including livestock tracking, equipment maintenance, soil assessment and harvesting.  The data has enabled farmers to understand the principles of growing good crops and increasing livestock.

Among other perks, augmented reality offers people a visualization of complex information, as in the case of a headset for farmers to help with repairs. This way, according to the developers, farmers can reduce both personnel and equipment repair costs.

Besides, VR helps to better assimilate information, as scientists assure. According to their opinion, to visually display the data on the screen of augmented reality will be much easier than the same data recorded on 15 or 20 pages.

American scientists are now working towards artificial insemination of plants, with the help of crop imaging. Their developments are aimed at increasing crop yields while limiting the environmental impact of agriculture through the use of augmented reality data. Data will be recorded in infrared, ultraviolet and RGB color spectra and transmitted to users. Early predictions suggest that yields could increase by as much as 500% for certain crops through data analysis.

Implementation of innovative technologies in agriculture. Visualization of crops and their environment in real time will allow to identify insects almost instantly and develop recommendations for pest control, as well as provide an assessment of soil quality, which in turn will allow farmers to make optimal decisions about the suitability of land use, scientists say.

Analysts expect that the new technologies of smart farming will replenish after the deployment of 5G networks across the U.S. and other countries, as well as increasing the speed of data transmission, which are especially suitable for virtual and augmented-reality technologies. In addition, experts anticipate that virtual and augmented reality will soon spread to sectors as diverse as retail, government, manufacturing and agriculture. And while larger businesses already have access to the necessary service speeds, the introduction of 5G into everyday networks will allow smaller farmers to take advantage of these technologies. 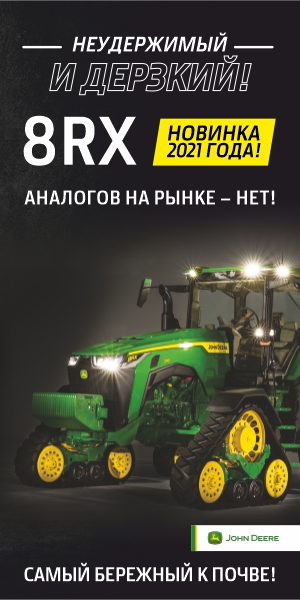