Export potential of agro-industrial complex will increase through investment projects and opening of new breeders, greenhouses, and fattening sites 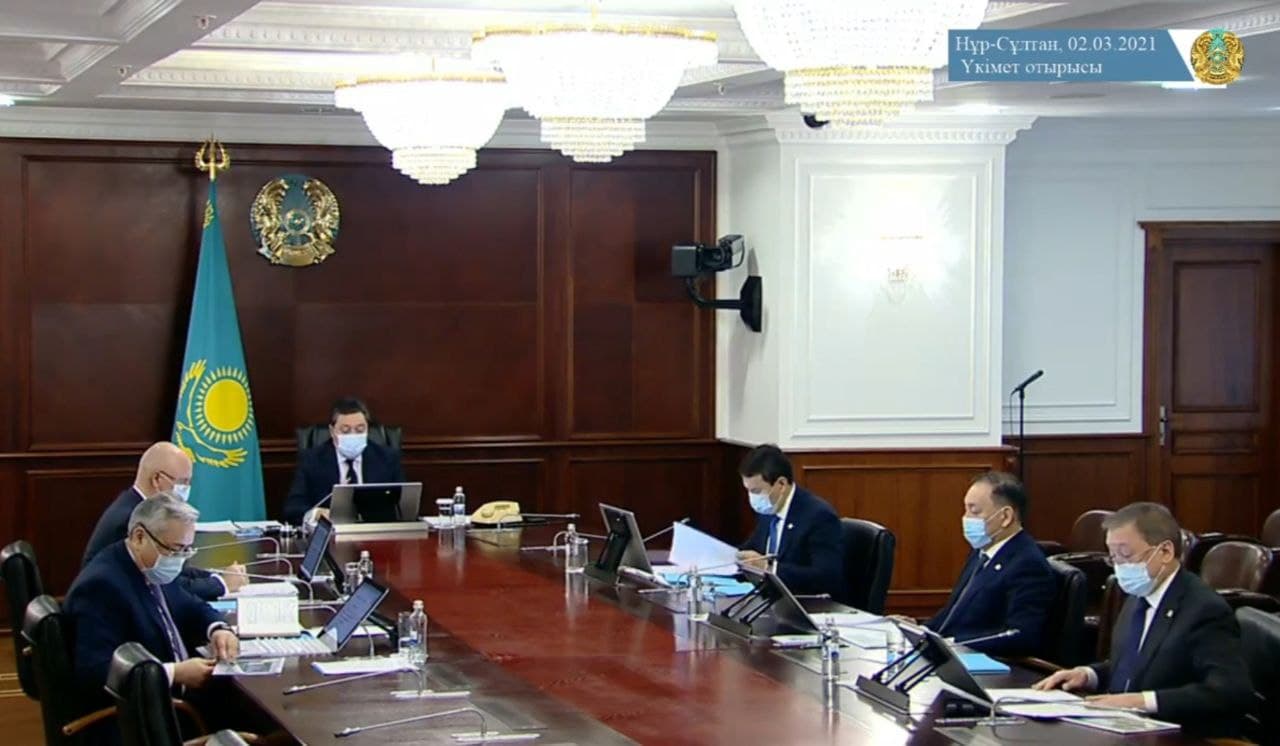 "Development of the agro-industrial complex, including saturation of the domestic market with domestic food, is a strategic task of the government. According to the forecasts of the Food Organization of the UN, our country has a real opportunity to become one of the world's food hubs "- stated A. Mamin at the meeting.

Prime Minister stressed that the election program of "Nur Otan" party set tasks on creation of 7 large ecosystems for production and processing of agricultural products, reforming the system of subsidies, promotion of cooperation in rural areas, and further development of veterinary and phytosanitary services and agricultural science. As a result of these measures, by 2025 it is planned to increase labor productivity in the agricultural sector 2.5 times and to double export of products, 70% of which must be processed. The volume of gross agricultural production will be increased by 1.3 times. Thus by 2024, 100 percent saturation of domestic market by main socially important foodstuffs will be ensured.

The Minister of Agriculture S. Omarov spoke at the meeting about priority directions of development of agriculture and implementation of new investment projects in the agro-industrial complex. 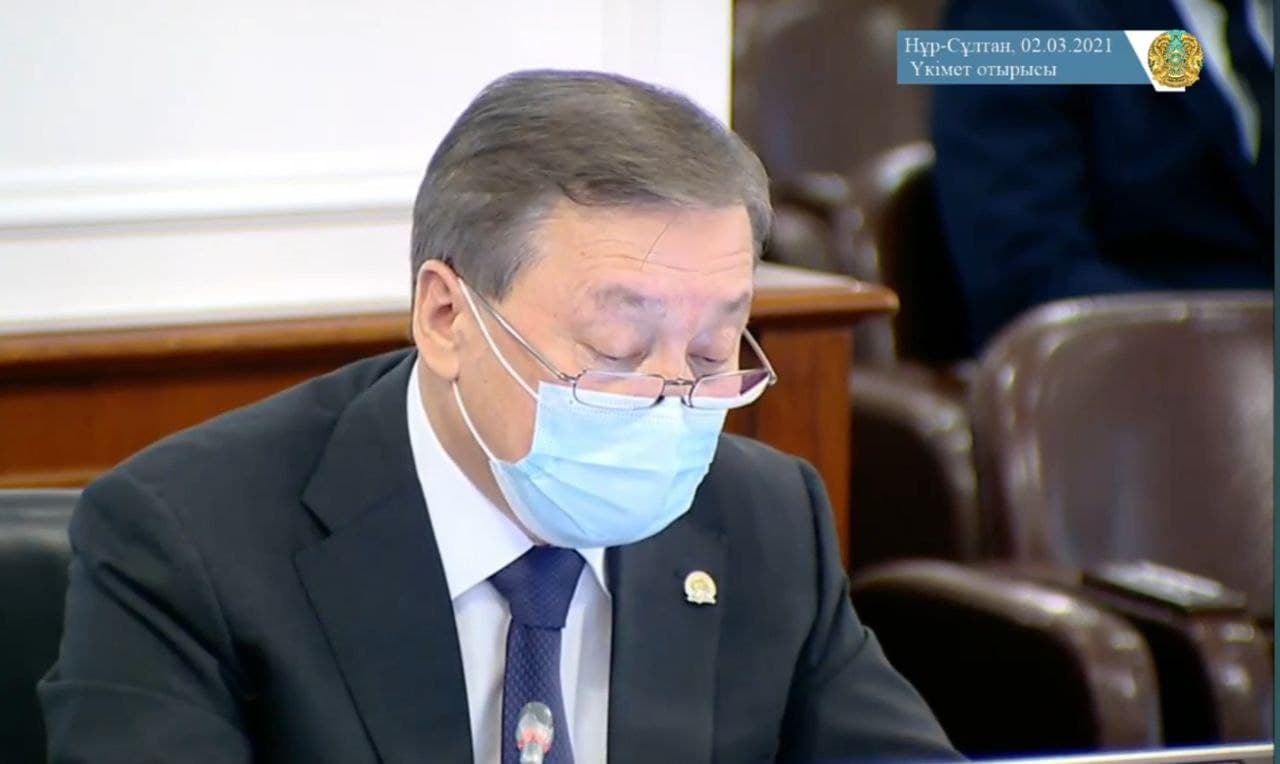 The head of the Ministry of Agriculture stressed that at the end of 2020 in the agroindustrial complex of Kazakhstan there is a positive growth dynamics in almost all macroeconomic indicators. The volume of gross agricultural production has increased by 5.6% and amounted to 6.3 trillion tenge. This is the highest growth among the countries of the Eurasian Economic Union. At the same time, food production increased by 4%.

According to the Minister, to further develop the industry identified priority objectives: saturation of the domestic market with food products by more than 80%, a stable increase of incomes of 1 million rural residents, increasing productivity by 2.5 times, increasing exports of processed products by 2 times.

To solve the problem of saturation of the domestic market with foodstuffs produced in Kazakhstan, the Ministry identified positions on which it is necessary to reduce imports. It is poultry, sausage products, cheese and cottage cheese, apples, sugar and fish.

To date, a specific pool of investment projects in each of the areas for the next three years has been defined.

According to Omarov, the capacity of domestic sugar and dairy plants will also be introduced and expanded. It is planned to commission 35 industrial dairy farms annually.

New intensive orchards on an area of 6,600 hectares in Almaty, Zhambyl and Turkestan oblasts and also in Shymkent will be planted to saturate the market with domestic apples.

"The issue of import substitution is a priority for Kazakhstan. The work planned by the Ministry of Agriculture will enable us to solve the issues of import dependence and ensure the country's food independence by 2024. The emphasis will be put on food products, which affect inflation," - said S. Omarov.

In general, the Ministry of Agriculture plans to implement 380 investment projects in the coming years, including about 250 (65%) in the framework of import substitution. The list also includes projects to increase export potential of the agro-industrial complex: fattening facilities, breeders, greenhouses and others.

Every year, at least, 75-80 investment projects will be introduced. At the same time, the pool of projects of the Ministry of Agriculture will be expanded. In accordance with the instruction of the Head of State, many of them will be included in the project of creating 7 large ecosystems for production and processing of grains and oilseeds, fruits and vegetables, sugar, meat and milk.

For further development of agricultural business and increase of labor productivity in agro-industrial complex the department continues to work on provision of efficiency of state support. Last year the mechanisms of subsidizing were reconsidered which previously implied a single approach without consideration of the specifics and priority of the branches. Also thresholds of access to subsidizing for small and medium-sized farmers have been changed.

In his report, the Minister noted that in order to improve the effectiveness of state support, counter obligations for businesses will be gradually introduced from this year. At the same time by increasing the amount of subsidies on basic support instruments in 2025, it is planned to bring the level of renewal of agricultural machinery to 6%, application of mineral fertilizers to 30% of scientifically grounded standard, and the level of high-quality seeds to 97%.

In order to increase the availability of financing in agriculture, the Ministry of Agriculture plans to expand opportunities for lending to farmers, including through STBs and BRK, and does not exclude the expansion of forward purchase and the introduction of grants for young people to implement projects in the agricultural sector. Besides, the Ministry of Agriculture will create a single electronic resource of all measures of support of the agroindustrial complex.

"The main principle of the state support will be its stability and continuity. This will enable agrarians to forecast their activities in the long term", S. Omarov emphasized.

For realization of set large-scaled tasks it is planned to implement step by step about 400 investment projects for total amount over 4 trillion tenge (70-80 projects annually) that will allow to increase productivity in agribusiness sectors and create up to 500 thousand new working places in rural areas.