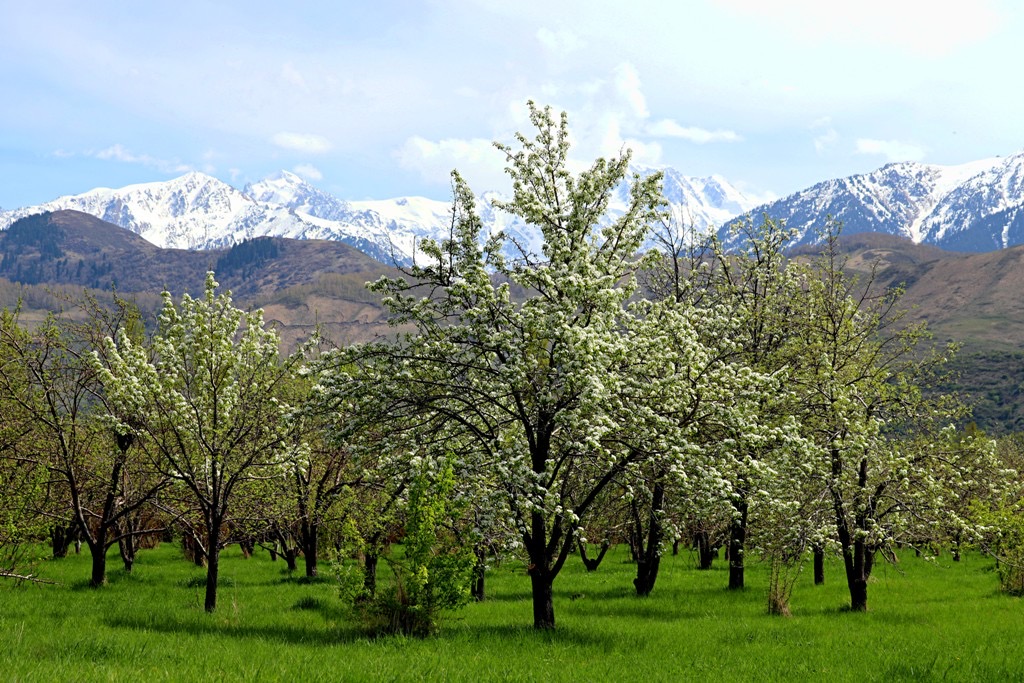 It is proposed to grant national heritage status to Kazakhstan's pomological orchard.

To draw public attention to the problems of one of the world's best collections of apple varieties and the only Pomological garden in Kazakhstan, a round table on "The Revival of a Pomological Garden: the gene pool and the breeding of the future", organized by the Kazakh Research Institute of Horticulture, World of NAN with reference to the Ministry of Agriculture of Kazakhstan was held in Almalyk village of Almaty region.

In expert discussion of problems and mechanisms of orchard restoration, conservation and widening of gene pool of foreign and domestic selection of fruit crops and grapevine were participated by scientists and leaders of scientific and educational centers, research universities, associations of gardeners, Sivers International Fund for Apple Tree conservation, and also representatives of MA RK, LEB, UNDP in Kazakhstan and ecologists.

During the round table, participants discussed the key problems of the nursery and the world experience of preserving the gene pool of perennial crops, defined the conceptual areas of the action plan for the revival of the Pomological Garden, as well as prepared a draft petition for granting it the status of the national heritage of the Republic of Kazakhstan. 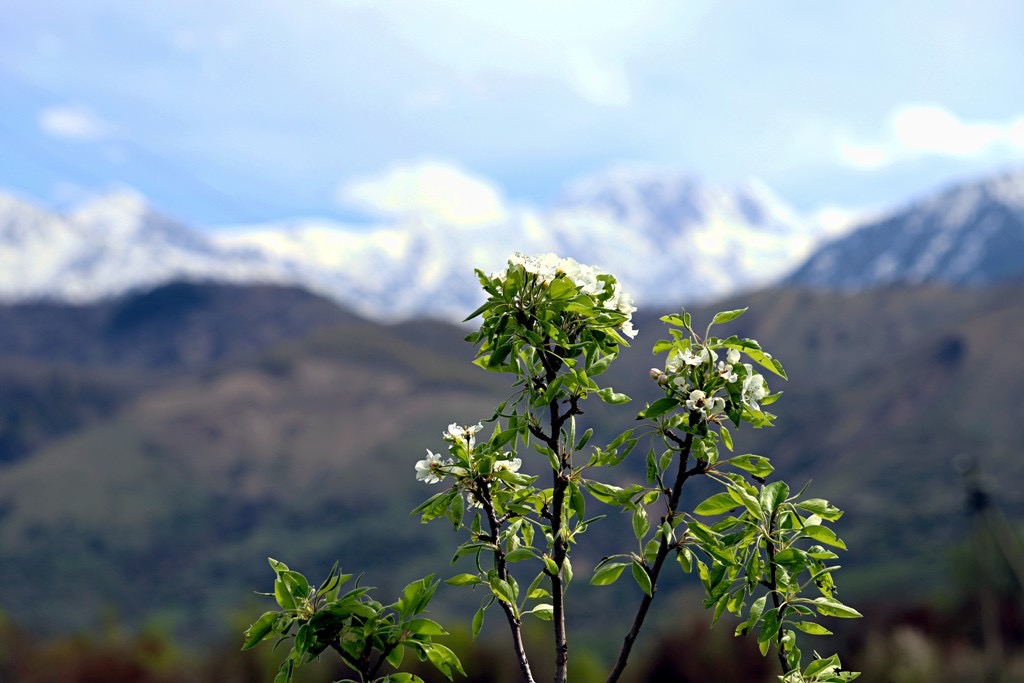 Pomological Garden was created in 1937 by the Decree of the Council of Ministers of the Kazakh SSR and was represented by ancient varieties of crops, brought into Kazakhstan immigrants from Russia, Ukraine and neighboring Asian republics. In the course of great selection work, introduction and crossing of foreign and local species, scientists received thousands of distinctive Kazakh varieties of grapes, pears and apples, including the famous aorta and Sivers apple-tree, symbols of Kazakhstan, which do not grow in other regions of the world.

Today the collection of the garden is one of the richest in botanical, genetic, geographical and ecological diversity of its samples. The genetic resources of fruit, nut, berry crops and grapes available in the Pomological Garden of Almaty are a valuable strategic potential of the Republic, which can be used in different natural and climatic conditions to create new resource- and energy-saving varieties. 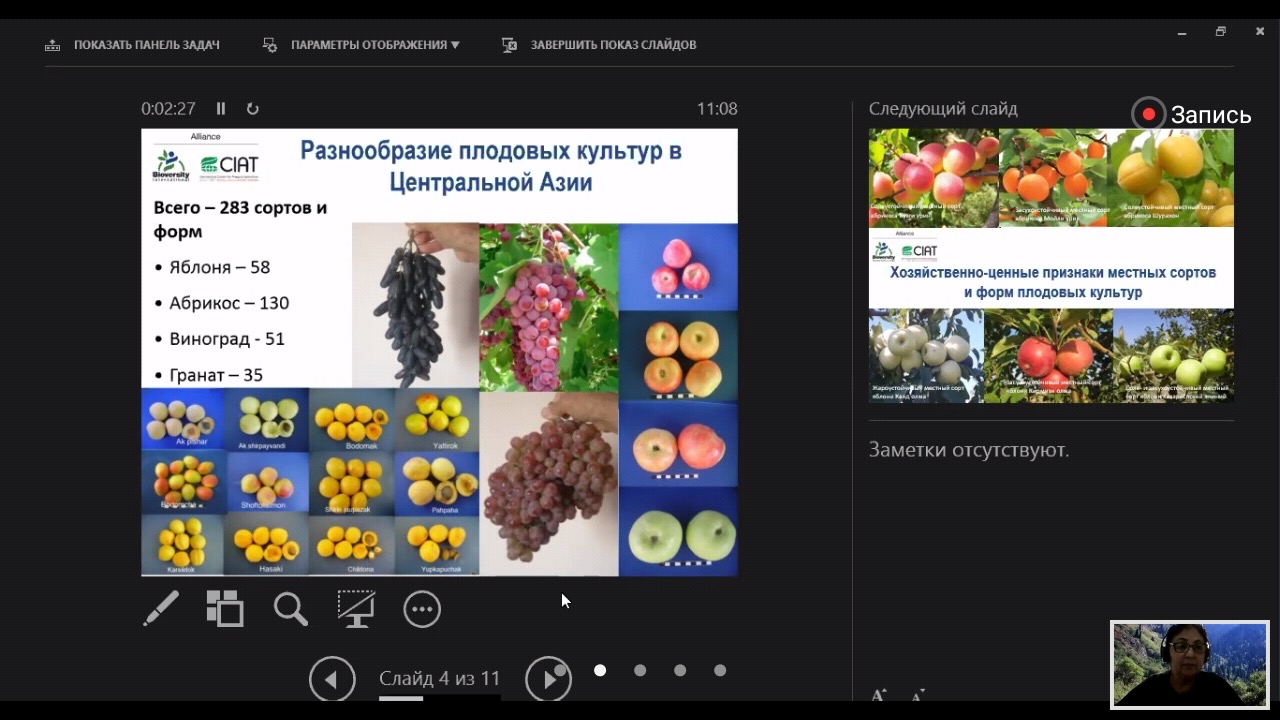 However, preserving this collection and keeping it in a viable condition requires considerable effort and finances, which are not available at the institute. Pomological Garden is maintained on modest means provided by the State in the form of program-targeted financing.

As it was announced at the event, the garden suffers from lack of specialists, difficulties in exchange of experience with foreign colleagues and high turnover of young specialists.

In addition, pomological gardens are leased by the state, so there is always a threat of losing a unique 80-year collection of varieties.

The scientific community and industry experts believe that for the preservation and revival of the Pomology Garden it should be given a special national status.

The collection of Pomology Garden is the property of Kazakhstan and, in essence, the national property of the Republic. With the assignment of special status the institution would receive direct financial support from the state, which would allow it to conduct an inventory, restore lost varieties, increase the gene pool and expand the garden to 7 thousand varieties.

"The Pomology Garden is a nonprofit organization and it does not profit from its activities. The garden's collection is the state's strategic reserve. Breeding varieties is a long and costly job: each new variety needs to be registered, zoned, develop agrotechnics for it, and develop virus-free planting material. The status of national heritage would help to carry out research work. It would give the opportunity to receive financial support at the level of the republic. Thanks to this, we will be able to attract the best young scientists, provide them with decent wages and conditions, lay drip irrigation systems, buy new agricultural machinery and equipment for biotechnology and much more, "- said during the event the Chairman of the Board of KazNIIPO Serik Sadykov.