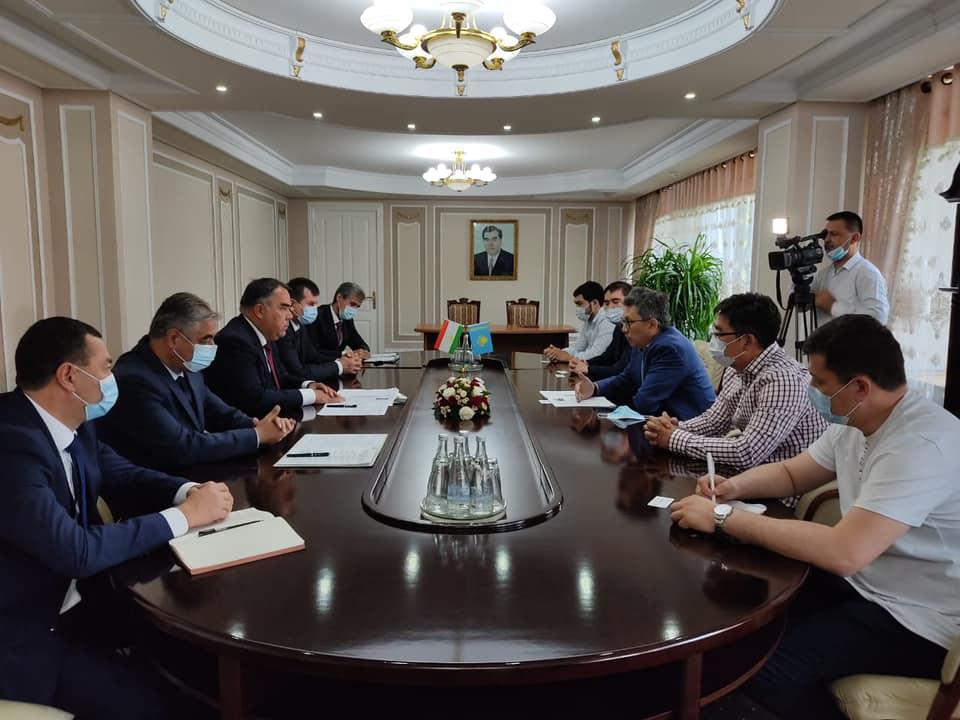 Kazakh delegation completed a week-long working tour of neighboring countries of Central Asia. Group of specialists who had to negotiate the supply of fruits and vegetables, which are scarce and expensive in the country in the off-season, was led personally by the Minister of Trade and Integration Bakhyt Sultanov. During the trip, contracts were signed on the trial delivery of various products worth $ 3 million, agreements were reached on cooperation in a number of areas, including agriculture, reports World of NAN.

B. Sultanov himself writes about the work of the delegation in social networks. Anticipating criticism for imports, the minister explained the main purpose of the work. 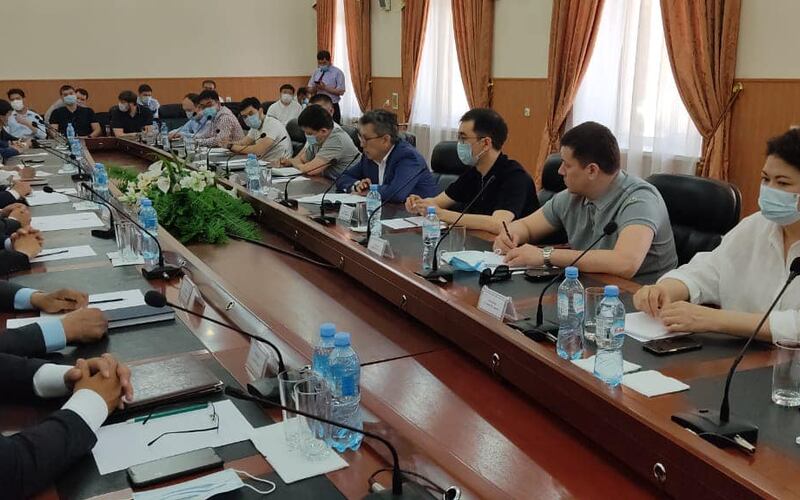 "First of all, I want to answer the critics of imports. We are now actively developing vegetable growing and gardening. But there is not enough volume produced for consumption. In addition, we need to ensure that the market is filled with vegetables and fruits from early spring until the ripening of our own crop - this can be done at the expense of imports. And finally, our fruits and vegetables have a 'shorter conveyor shoulder' to Russia than those from Tajikistan and Uzbekistan," the minister wrote.

This means that we can import to our market products of the southern republics, and Kazakh farmers can get foreign exchange earnings by selling their goods abroad. The main thing is to ensure quantitative, temporal and price availability of food products to the population and benefit our producers, B. Sultanov said. 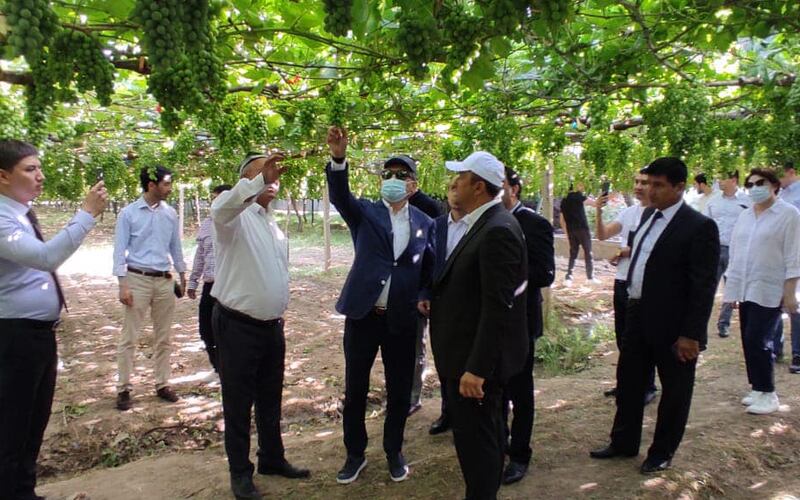 He also noted that while the tourist route is only being formed, it was decided to test the one-week of work in practice.

"In the very near future an agricultural train-autocaravan will be formed. Traders will collect requests from the trade networks of Kazakhstan and Russia and accumulate sales volumes in Tajikistan and Uzbekistan in those areas where we have conducted negotiations. We will go through all the points of the future WDCs of the commodity corridor.  This is how we will test the regional commodity distribution system that is being created. Let's see how all the agreements on the borders work," the minister wrote on his page.

Working through agro-trains and stable contracts, the Kazakh side intends to increase domestic exports: fuel and lubricants, mineral fertilizers, wheat and vegetable oil. And at the same time, Kazakhstani investments. Sultanov said there is an idea to supply several flour mills in Tajikistan to process Kazakhstani grain and further export flour to Afghanistan and Pakistan via Nizhniy Pyandzh. We're exploring options to locate those facilities within local free economic zones or to modernise existing ones," he said. Businessmen from our delegation are looking at the projects," the minister wrote on the subject. 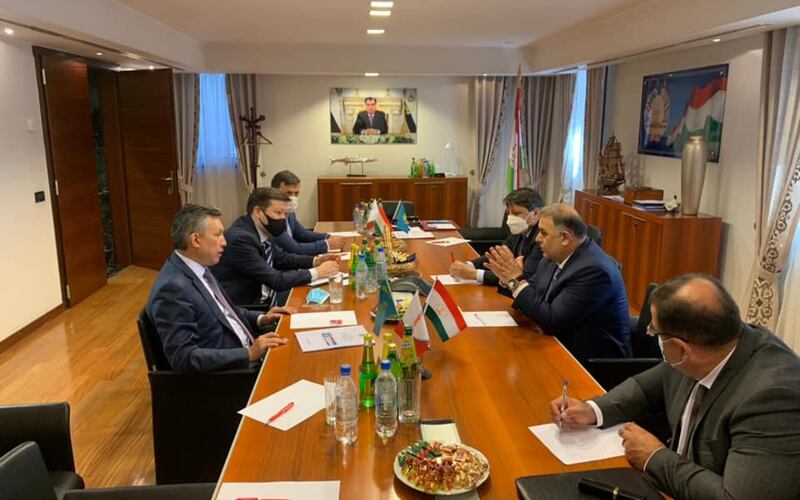 According to B.Sultanov, the delegation sought direct contacts to fully understand the specifics of pricing in the countries visited. They visited fields and orchards, bazaars and agro-logistic centers, found out about transport corridors and obstacles on the way to markets. There were a lot of meetings with dekhkans, traders, heads of regions.

"A very important point we discussed: in the logistics centers that will be created along the transport corridor, it is necessary to provide not only calibration and sorting, but also to solve the issue with the organization of proper packaging. Large retail chains have very strict requirements to packaging, without observance of which even very high quality goods will never reach the shelves," the Minister emphasized.

According to B.Sultanov, agro-logistical centers (ALC) in Uzbekistan have good experience in establishing their own production of packaging. Related processing industries are starting to develop around ALCs. "For example, freeze-drying, production of fruit chips, etc. Hopefully, private businesses will also get involved in processing around the ALC in Kazakhstan. We will help our farmers, logisticians and traders to adopt this experience, "- wrote the Minister. 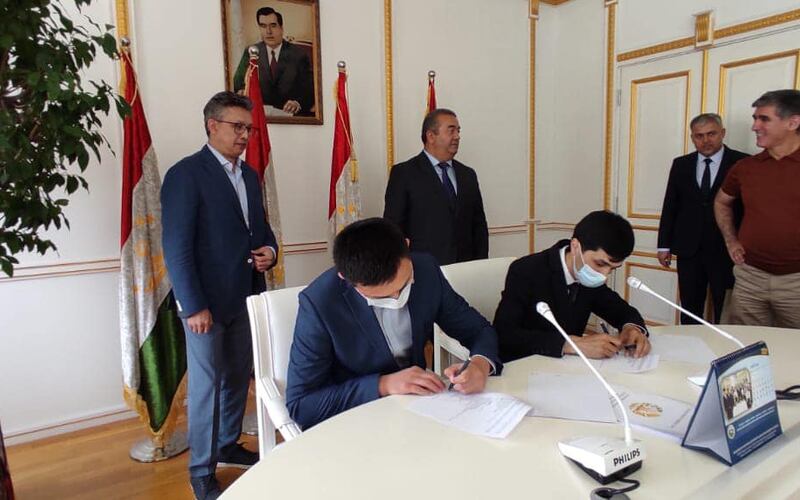 As for the contracts, according to him, for the last two days there were two contracts signed. The first one for $500 thousand for the purchase of Uzbek cherries. And the Kazakh company, which signed the contract, plans to collect a consolidated batch of high quality Uzbek and Kazakh cherries with subsequent delivery to the retail chains in Dubai. The second contract is for the supply of fruit and vegetable products from Gafurov district of Sughd Region to Kazakh retail chains. And also worth half a million dollars.

In two days, the group managed to conclude three forward contracts for trial shipments of grapes and onions from Tajikistan's 2021 crop to Kazakhstan. The total value of the contracts so far is $1.5 million. Tajik products in the coming months will go directly to major retail chains in Kazakhstan.

And neighboring suppliers and logisticians, according to the Minister of Trade, asked to organize the delivery of in-demand Kazakhstani products - vegetable and lubricating oils, fertilizers, even timber and coal, to ensure that the trucks do not return empty.