A new oil extraction plant will be built in Kazakhstan 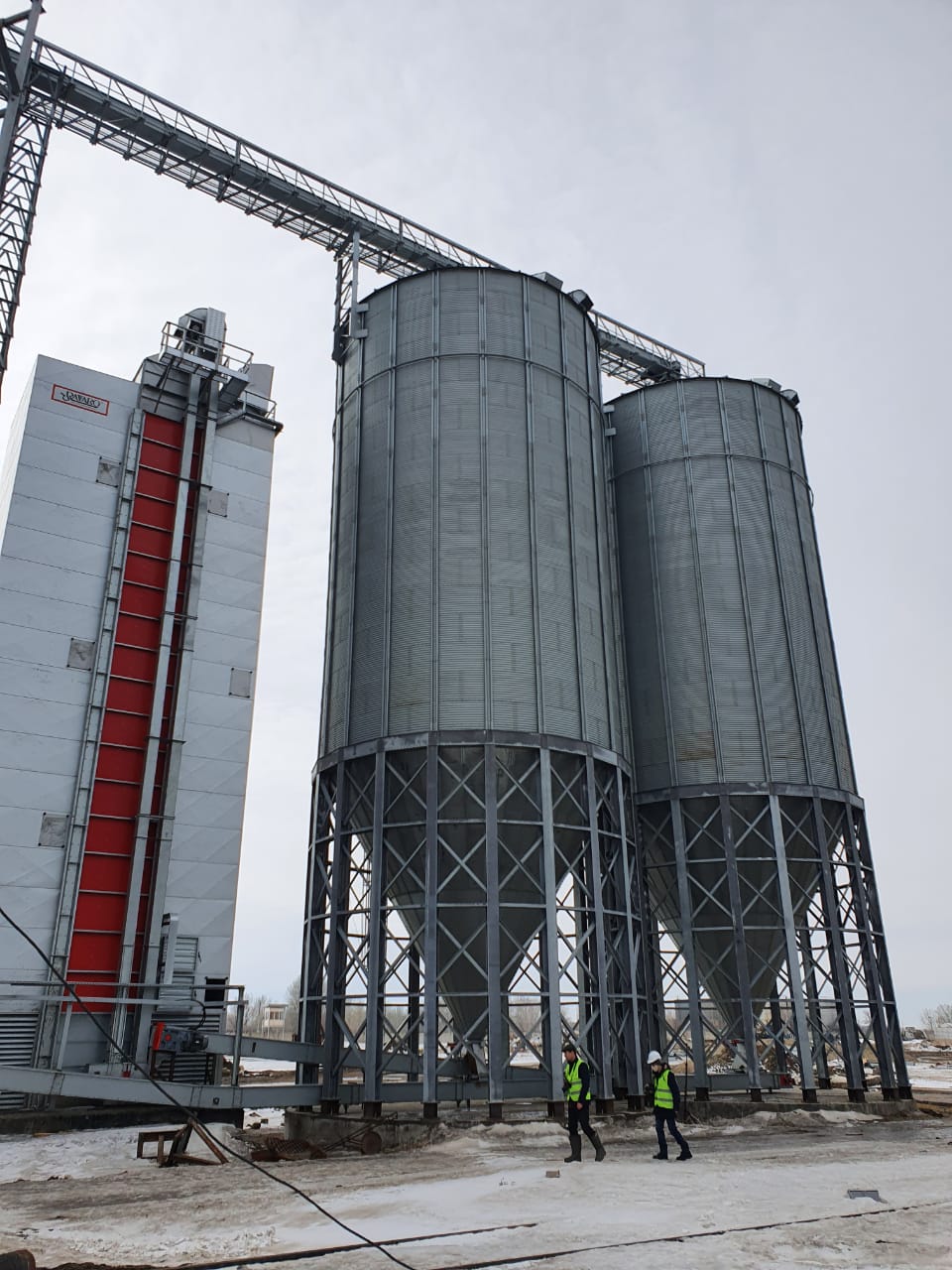 The oil and fat industry today is one of the most promising and rapidly developing sectors of the agro-industrial complex due to the growing demand for vegetable oil, which holds a special place in the consumer basket not only of Kazakhstan, but also among consumers around the world. Production capacities for processing of oil-bearing crops, particularly sunflower, are steadily growing in our country, not only at the expense of the state, but also due to investments of business community. Another oil factory built with investment funds will appear very soon in VKR, reports World of NAN.

The construction of the plant is financed by Qazaq-Astyq Group LLP. The modern oil extraction plant will specialize in the production of sunflower oil and high-protein granulated meal for further export of finished products. More than 90% of the output of the plant is planned to be exported to foreign markets. At the moment, negotiations with potential partners on conclusion of contracts for supply of Kazakhstani vegetable oil to China, Uzbekistan and European Union countries are already in progress. It is expected that the products will also cover the markets of such countries as Tajikistan, Iran, India, Pakistan, Afghanistan, Turkey, and even the European Union countries. 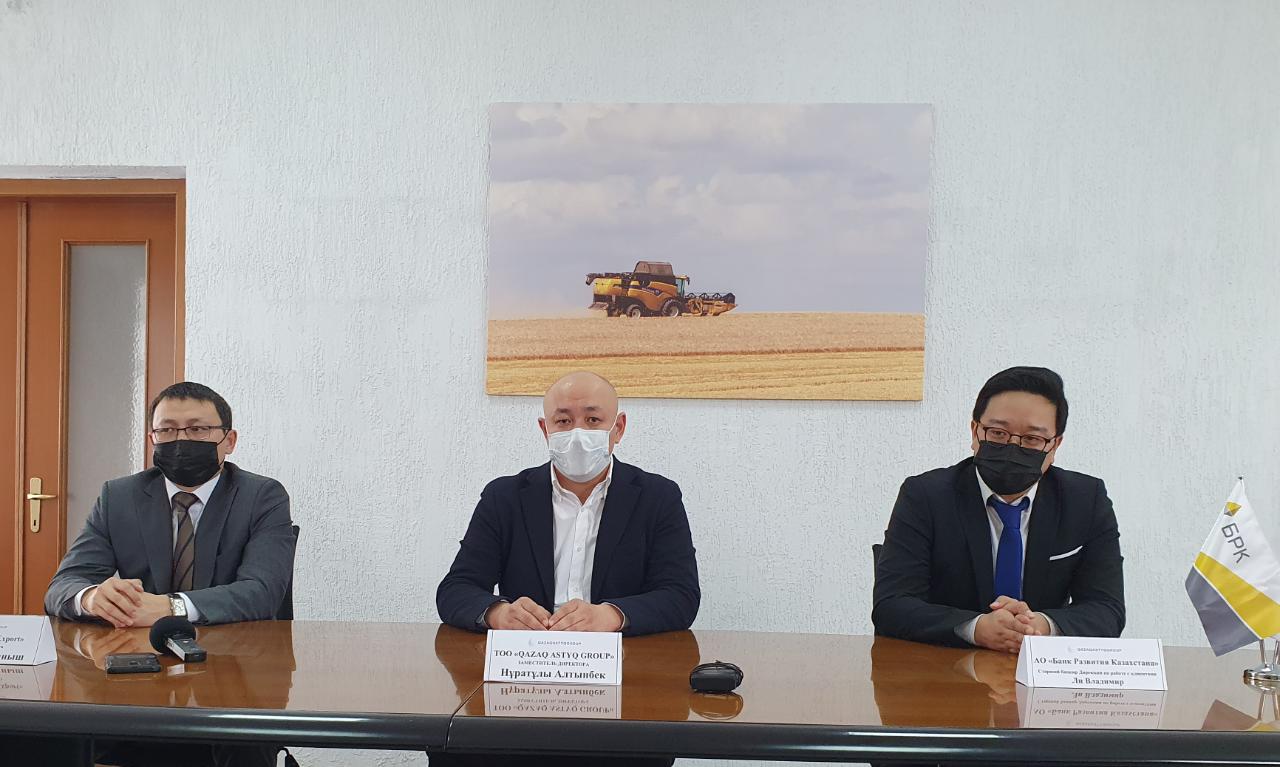 "Construction of the new plant began in March 2019, the processing capacity of raw materials will be 1,000 tons per day for sunflower seeds or 800 tons for rapeseed or flax seeds. It should be noted that due to financing of 5.8 billion tenge by "Agrarian Credit Corporation" JSC we managed to purchase the main equipment of oil extraction plant in such a short period of time," Deputy Director of "Qazaq-Astyq Group" LLP Nuratuly Altynbek shared.

New factory is a complex approach of complete support of the whole cycle of its own production, which guarantees to the enterprise a competitive advantage. It is not only about modern equipment meeting high quality standards, raw materials and sale of finished goods, but also about highly qualified personnel ensuring the high level of company's work. Experienced specialists from Ukraine, the world leader of vegetable oils production, were invited to the key managerial positions to provide the quality of ready products due to the high automation of production. It should be noted that against such a high level of self-sufficiency and accordingly strong position of Kazakhstan companies on the domestic market, local producers are strengthening export direction.

Plans for the second stage include commissioning of the refining and deodorization workshop and the refined oil bottling workshop, which also have a great export potential.

LLP representatives note that in order to realize export deliveries of vegetable oil to foreign markets the financing of JSC "Development Bank of Kazakhstan" was attracted.

"Kazakh enterprises, aimed at export, have been receiving effective support from Development Bank of Kazakhstan for a long time, which we took advantage of. We are quite satisfied with the financing we received, and we hope for further cooperation with DBK", - said Nuratuly Altynbek.

The size of the loan from DBK was 4.4 billion tenge for 3 years. The export operation was financed under the state program of infrastructural development "Nurly Zhol" for 2015-2019 to support Kazakhstan's exports of goods of the manufacturing industry. It is noted that the funds provided by the Bank will be used to purchase raw materials (oilseeds), materials and services.

According to the representatives of the DBK, the total cost of the project for the construction and launch of oil extraction plant was 12.5 billion tenge, of which 4.4 billion tenge provided by the DBK for the exports of finished products.

"The project fully meets the key mission of the Bank as one of the main institutions of state support for Kazakhstani non-resource exports, as well as promotes exports of Kazakhstani processed products, including those in neighboring China. Taken together this will allow us to consolidate and strengthen our positions on the export markets", says Vladimir Lee, Senior Banker of the Client Management Department of the DBK.

The project was insured by Export Insurance Company KazakhExport JSC through loan insurance for the amount of 4.4 billion tenge, which is an indicator of successful synergy of two financial institutions of the country (subsidiaries of Baiterek Holding). DBK together with KazakhExport Export Insurance Company JSC have been working in successful tandem since the beginning of 2015, to date with the joint participation of DBK and KazakhExport supported 14 exporters for a total of 77.7 billion tenge.

"Kazakhstan sells too many raw materials, including agricultural products. Not only oil and metals are exported to China, but also oil crops and cotton, and wheat goes to Uzbekistan. We aim to correct this with the support of such projects. Modern oil refineries of large capacity give a very good socio-economic multiplier effect in the form of taxes and job creation. As a result of oilseeds processing, the market receives not only oil, but also meal and cake, which are fed to poultry farms, fattening farms, pig farms and fish farms. It is gratifying that, despite the pandemic and the problems, entrepreneurs are not winding down investment projects and look to the future with optimism", - said Kuanysh Mukazhanov, director of the Insurance Department of JSC "KazakhExport".