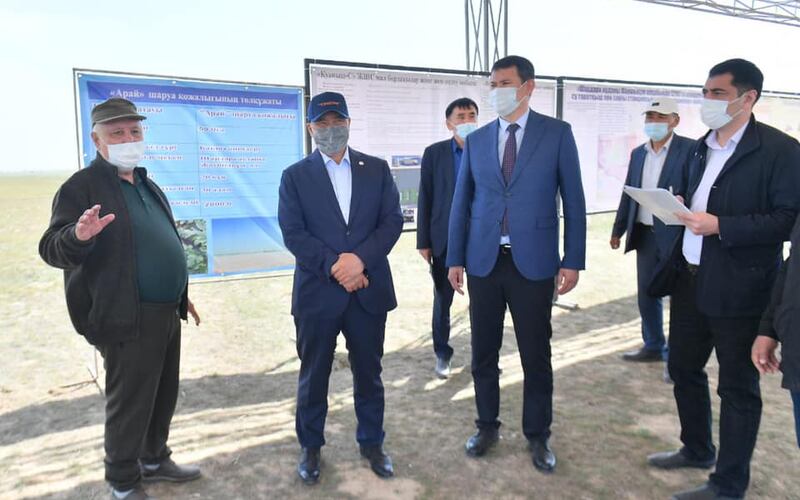 In Turkestan region, special attention is paid to increasing the area of irrigated land. Irrigation of Zhaushykum valley in Shardara district is under special control. The region's governor Umirzak Shukeyev acquainted himself with a project to reconstruct a water distribution and pumping station on more than 12 thousand hectares in Zhaushikum Valley, World of NAN reports, citing the press service of the regional akim.

"The potential of the rural region is growing through government programs. Since Turkestan region is an agrarian region, and the future of agriculture directly depends on the quality and fertility of land, it is essential for us to solve this problem", - emphasized Umirzak Shukeyev.

During the trip Akim of the region met with local farmers. Farmers reported that they have already sown areas with seeds of watermelon and sweet pepper, which will mature within two months. According to them, in recent years, rice cultivation has also been active in the area. Farmers noted that they earn up to 1.5 million tenge per hectare of planted watermelons and peppers.