Comprehensive digitalization should become a driving force for the development of the EEU economies, Tokayev stated 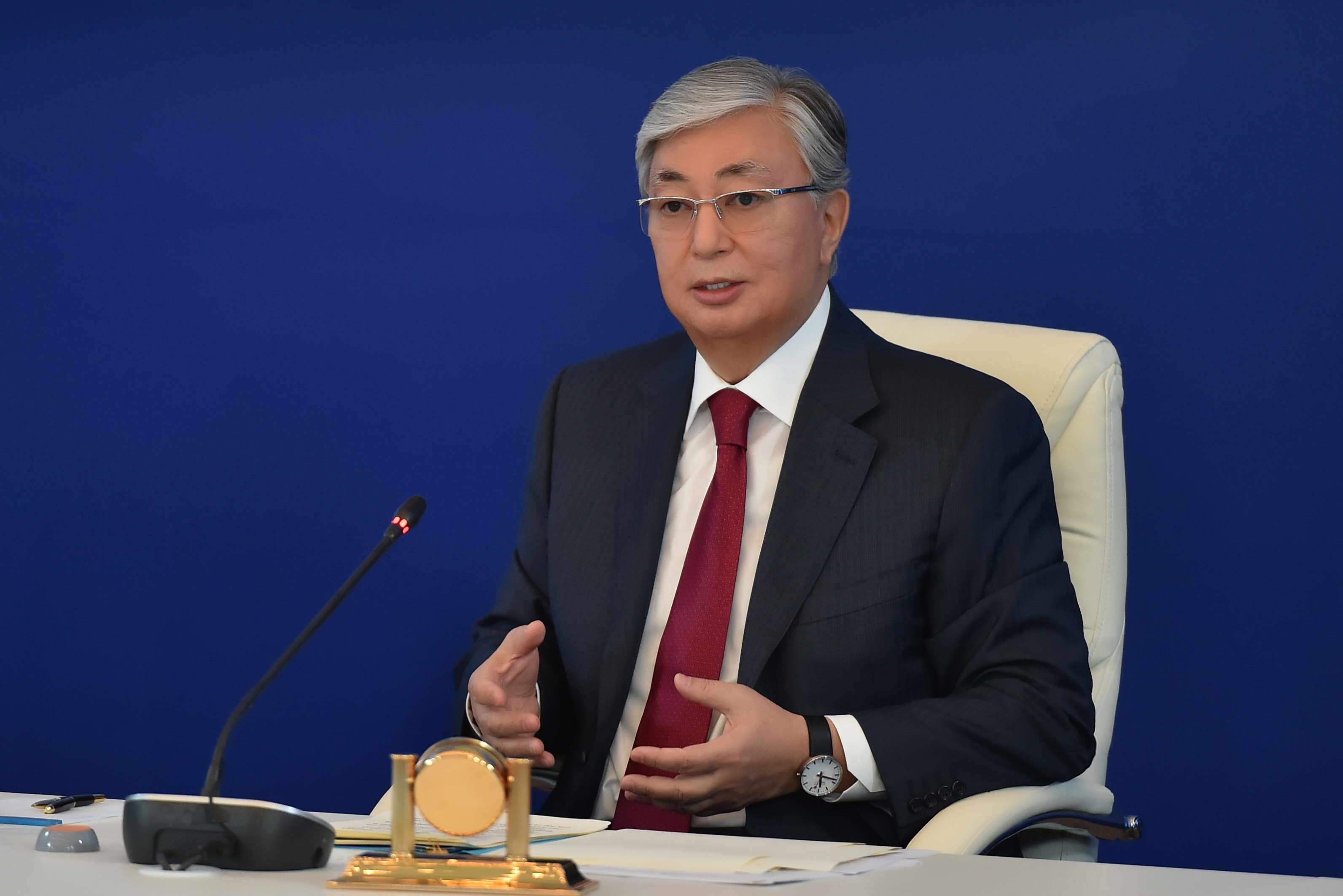 Tokayev addressed the heads of the Eurasian Economic Union member states. He underlined that the Union should be focused on the long-term priorities: maintaining the sustainability of economic and social systems, improving the well-being of citizens and ensuring the progress of the EAEC and its member states, World of NAN reports referring to the press service of the EEC.

"Based on the results of the first five years of the functioning of our association, we can confidently state that the Eurasian Economic Union has established itself as a successful and attractive integration project. However, the world today is in a state of turbulence. The continuing instability of the world economy and financial markets has been exacerbated by the negative impact of the coronavirus pandemic. It has exposed many problems in international relations, led to a rethinking of established models, principles and tools of economic interaction," Tokayev noted in his address.

He stressed that in such circumstances, the Union should focus on long-term priorities: maintaining the sustainability of economic and social systems, improving the well-being of citizens and ensuring the progress of the EAEC and its member states.

According to K. Tokayev, effective and full implementation of the Strategic directions of development of the Eurasian economic integration until 2025 will contribute to achieving these goals.

In his address in the year of our country's chairmanship in the EEC, the President of Kazakhstan suggested paying special attention to several priority issues.

"A new impetus should be given to industrial cooperation. Achieving this goal will require the creation of joint ventures in industry, the agricultural sector and the services sector. The potential of the Eurasian Development Bank should be used as much as possible in these areas of integration cooperation," Tokayev said.

Creation of joint ventures and strengthening of ties between the industries of the member states, according to the head of state of Kazakhstan, will be an additional incentive to increase the volume of mutual trade and remove barriers in the markets of our countries.

Timely measures taken, according to K. Tokayev, will create conditions for cooperation in the production of competitive industrial goods in the common market of the Union, will lead to a significant increase in the volume of non-resource exports of all members of the association.

K.Tokayev called to pay attention to the issue of removing the remaining barriers in the mutual trade between the countries of the Union.

"The Eurasian Economic Commission will have to actively and transparently remove existing and prevent the emergence of new trade barriers, to ensure the maximum reduction of exceptions and restrictions on the free movement of goods, services, capital and labor," Tokayev noted.

The need for full and complete use of the potential of cross-border transport arteries and logistics hubs was also emphasized by the President of our country.

With this purpose Tokayev proposed to intensify work on the development of mutually beneficial joint projects ensuring the connection of the Eurasian integration union with the "One Belt, One Road" initiative. The Eurasian transit route should become the most attractive and competitive for international trade on the trade-transport axis Europe-Asia, he considers.

"We are confident that the implementation of the project of interconnection of the national commodity supply systems of the member states, including through the creation of Eurasian wholesale and logistics complexes, will increase the overall efficiency of the EAEC transport corridors both for the economic entities of the member states and for foreign partners," Tokayev emphasized.

Also in his speech K.Tokayev said that comprehensive digitalization should become the driving force of the development of the economies of the EAEU countries.

To do this, according to K.Tokayev, we need to pay attention to the qualitative acceleration of digital technology implementation in industry, agriculture, and transport.

The President of Kazakhstan also proposed to consistently expand access to foreign markets, to actively develop trade and economic relations with third countries and integration associations.

"We will have to develop an effective strategy of interaction with the new trade association - the Regional Comprehensive Economic Partnership (RCEP), which accounts for one third of the world trade.

The Republic of Kazakhstan intends to actively promote the outlined agenda during its presidency in the EAEU and counts on the constructive support of its partners. We are confident that the achievement of the set goals will give a strong impetus to the economic development of each state and strengthen the potential of the EAEU," summed up K.Tokayev, Chairman of the Supreme Eurasian Economic Council.