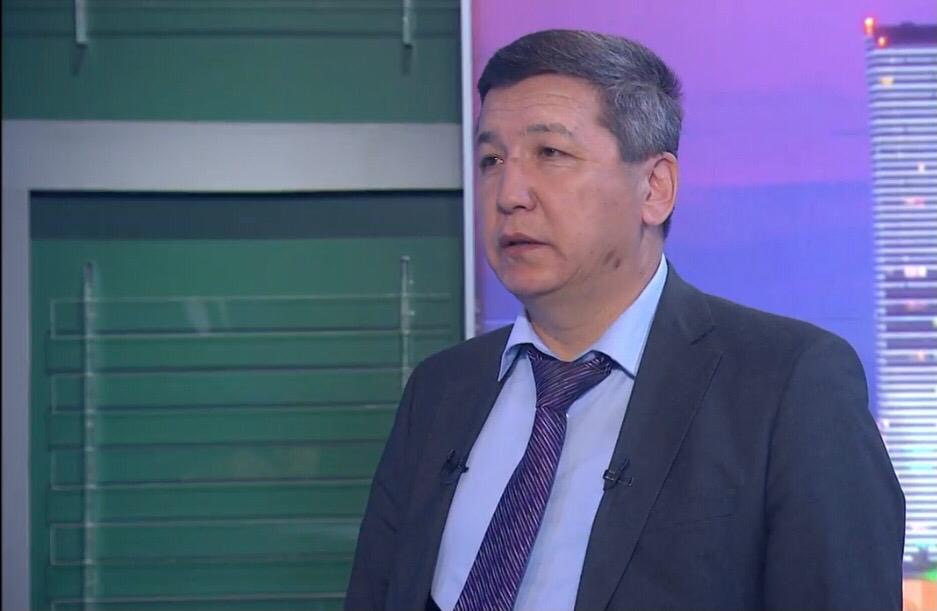 The year 2020 will surely be remembered by Kazakh farmers as a pivotal year, because it brought with it a number of serious changes, many of which are considered to be shocking.

The coronavirus pandemic, border closures, difficulties in importing seeds and spare parts, utilization fee, ban on agricultural exports, floods and outbreak of avian influenza are just some of the things that agrarians have had to deal with this year.

At the same time, there were also positive moments, which definitely include the introduction of voluntary agricultural insurance, the expansion of state support for agricultural producers and a good harvest following the harvest campaign.

Akpar Maulenov, the Executive Director of the "Association of Farmers of Kazakhstan" spoke in detail about all this to the World of NAN portal.

- The harvest campaign was conducted in optimal time, there were no particular problems. In September it rained a little, but it did not affect the harvest much. The harvest was optimally executed, this year's grain quality is good. And the price is more or less reasonable.

The only problem was with cheaper diesel fuel. We allocate certain volumes for the farmers, each area has its own operators. But the fuel was cheaper only in words. Taking into account logistics, overloads and operators' markups, we got a normal market price. As a result, it turned out to be easier to take fuel at regular gas stations.

The cheaper fuel should have been 15% lower in price, but in fact it was not. We couldn't keep up with the deadlines, so we had to take it at the gas stations.

There was also a problematic situation with cotton in the south of the country. Cotton was harvested well, but farmers again faced a situation where the factories set low procurement prices. We had to interfere and address the Ministry of Agriculture. Then, Ministry officials met with representatives of akimats and factories. In general, thanks to all these actions, we were able to set acceptable prices.

There was a problem with beets in Almaty region. Local factories also set low procurement prices. Today they dictate their own terms, because farmers have nowhere else to sell their products. Here we got involved again, went to the regional akimat, talked with the head of the region Amandyk Batalov. He promised to help. Now the prices seem to have started to level off.

- As always, subsidies are received by large commodity producers. Now everything is in electronic format, so large companies have full-time employees who monitor these movements. Money has appeared - the employee fills in and sends the application. Today the system works on the basis of who submits the application first gets the money. As a result, small and medium farms often do not receive subsidies.

We proposed to create a queue, make a reserve list so that the recipients of subsidies would replace each other. Now this issue is being discussed.

Another important point is that crop production today has several types of subsidies: for fertilizers, pesticides, delivery, seeds, the volume of products delivered, and so on. We propose to combine all this and make one subsidy so that a farmer can apply once. Once he receives the money, he will decide for himself which needs he should use the money for.

Today there are also many questions about loans. Small and medium scale farmers do not have good collateral in place, but banks and financial operators demand it. In addition, there are cases when they underestimate the value of collateral. For example, a farmer puts a house or a land plot, and they are assessed at half price. At the same time, Kazakh agrarians are in great need of " long-term" loans at low interest rates.

- Voluntary insurance has only just been launched this year, there are insurance products only for lack of moisture and its excess. There are no other options yet, but farmers should have a choice: to insure against hail or something else. Now they will think how to develop this direction further.

- The pandemic during the sowing season created certain problems: farmers were not always able to buy spare parts and seeds. Many of our seeds were imported from abroad, so there were difficulties in this regard. For example, a citizen of another country drives a private car, carries the seeds, and they are not allowed to pass. There were moments, but then it all got better.

In addition, there were problems with product sales. Many people remember the famous case of cabbage, when farmers simply did not know where to place it. In the past, it used to be so that importers would come and pick up the crop themselves. Last year the price was good, so this year people planted cabbage in bulk. And then this coronavirus hit, so the whole logistics collapsed.

Also throughout the year there were some restrictions and quotas on export of this or that product were imposed. But it did not last long, about two months, so there was no strong impact.

- We were initially against the utilization fee. When we traveled through the regions, the farmers gave us examples. So, if last year the farmer bought a combine for 320 thousand dollars, this year it already cost 390 thousand dollars.

This utilization fee is offered to us as a solution to all our problems, but here we are talking about solving the problems only of domestic machine builders. But it is impossible to solve the problems of some people at the expense of others. We want to help machine builders, but farmers suffer in the process. It is necessary to have a more logical approach here.

We want to raise our engineering industry, but in fact we do not have it. We import ready-made products, we screw the wheels on, and then we produce them. We have no localization. We do not produce components. Here we should also understand that no CIS country will give us its market, even if a Kazakh tractor or combine appears.

Attachable equipment, yes, we can do it. The same seeders, mowers, cultivators. It can be done in our country. But tractors and combines are high-tech equipment, everything is quite different there. That's why the utilization fee only increases the price of the equipment.

- Next year it is planned to work out a new five-year program of agroindustrial complex development. We will take part in this process, make our proposals.

We will have to finish the current program in 2021, but from 2022 a new one will have to be launched. That is why now we need to start  specifying all the problematic moments, which will concern the state support, financing, crediting, subsidizing, equipment renewal, etc. All issues, which are not included in the current program, will need to be reflected in the new one. In addition, it is necessary to take into account the deficiencies of the existing program, to correct its shortcomings.