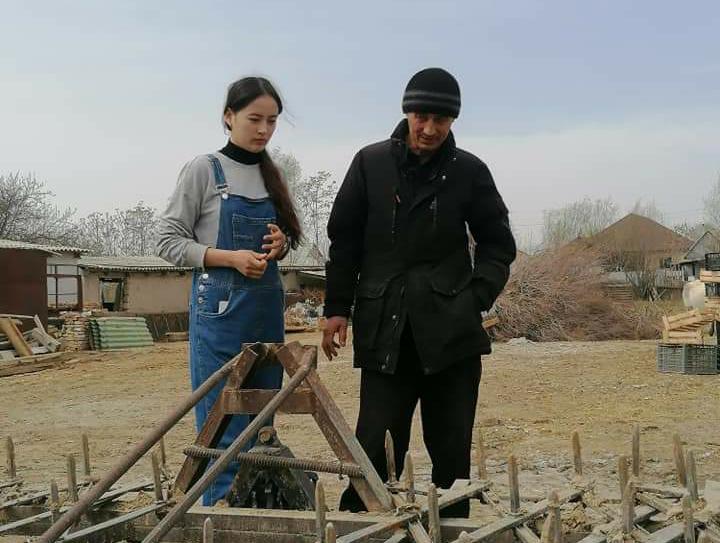 The path of Kamshat Donenbayeva, a well-known Kazakh female tractor driver and Hero of Socialist Labor who shot to fame throughout the Soviet Union and far beyond, is being followed in the fields by the young Aray Asylbekkyzy, reports World of NAN, citing the regional communications service of Turkestan region.

Arai lives in the Kyzylkum village of Zhetysai District. As it turned out, she has been fond of tractor driving since childhood. She learned to drive heavy machinery at the age of 11. Today Arai, who is not inferior in dexterity to young rural boys, ploughs the crops of her fellow villagers and earns her living by doing so.

"From a young age I developed an interest in heavy machinery rather than passenger cars. My father and brothers noticed my aptitude for farm machinery, and they began to teach me the ins and outs of tractor driving. For this I am immensely grateful to them. Now, I can plow up to 10 hectares of arable land a day. In this way, I help farmers, local farmers. Moreover, I have now learned to deal with some technical problems with the tractor myself," says Arai.

At the moment, the young tractor operator is a first-year student at one of Turkestan's universities. She is studying to become a dentist. In the aul, Arai is called the "tractor girl".

Development of the food market was discussed at the EEC

Sugar, milk and meat production to be launched in Pavlodar region

Only local enterprises invest in agro-industrial complex of Kazakhstan

Kazakhstan will be fully self-sufficient in dairy products by 2024

Farmers oppose the reduction of cotton and rice fields