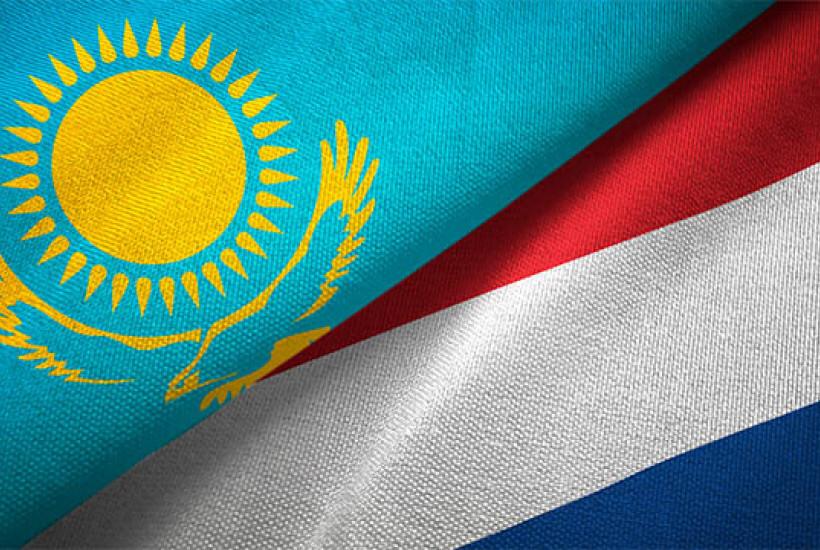 Netherlands investors will invest $200 million in the agro-industrial complex of Kazakhstan, World of NAN reports referring to the press service of KAZAKH INVEST.

A delegation of leaders of Netherlands companies in the agricultural sector arrived in Kazakhstan. Today, investors attended a roundtable where they signed a number of commercial documents on implementation of new investment projects and familiarized themselves with investment opportunities of the country's regions.

According to the Ambassador of the Republic of Kazakhstan in the Kingdom of the Netherlands Askar Zhumagaliyev 6 memorandums totaling more than 200 mln Euro or more than 100 bn KZT were signed during the visit.

Dutch companies shared their vision on the development of modern agro-industrial complex, the transition to sustainable agriculture and the introduction of new breeding solutions using advanced digital technologies, including artificial intelligence and Big Data technology.

"Today the main driver of investment cooperation is the agro-industrial sector. Dutch companies are of interest to us both in terms of direct investment, and in terms of bringing advanced technologies, as well as successful cooperation between the state, business, science and education, "- added the Chairman of the Board of JSC" NC "KAZAKH INVEST" Meirzhan Yusupov.

During the round table Kazakh agrarians informed the investors about agricultural potential of Kazakhstan. President of the Union of greenhouses of Kazakhstan Nurlan Adilkhan spoke about the situation in the greenhouses. He noted that there are excellent conditions for greenhouse business in the country, when the vegetables need additional extra light only in the winter. The yield of tomatoes in the domestic greenhouses, according to Nurlan Adilkhan is not inferior to the Dutch enterprises. 58-60 kg per hectare of tomatoes and 90 kg per hectare of cucumbers from three turns.

According to the President of the Union, there is only one greenhouse in the country, which has an international certificate Global G.A.P., allowing the company to supply products to the UAE. As explained by the President of the Union, GLOBAL G.A.P. is a system of standards for ensuring the safety of grown agricultural products. The certification is voluntary and covers the entire production cycle, not just the evaluation of the quality of the final product.

To support exporters, the government developed the National Strategy of the Republic of Kazakhstan for 2018-2022, aimed at the formation of a unified holistic policy to ensure the conditions for raising exports by three times until 2040. For businessmen running a greenhouse business, preferential loans and subsidies are provided.

In the future, the Union intends to solve the question of increasing the volume of subsidies, the allocation of subsidies for seeds, which are not provided for fields under cover.

Chairman of the "Union of Potato and Vegetable Growers of Kazakhstan" Kairat Bisetayev, in turn, voiced the possibilities of the country for the production and processing of potatoes and their seeds.

According to him, today in Kazakhstan there is no potato processing, although the raw material base allows to organize the annual processing of potatoes for starch in the volume of 100000 tons. "Given the market prospects, the huge trading platforms of China and neighboring Central Asian countries, it would be quite profitable to develop potato processing," Bisetayev stressed.

He also added that Kazakhstan today aims to produce and export potato seeds.

"We understand that there is a serious growth of potato production in the world and the main producer of seeds is Europe. However, Kazakhstan's climatic conditions allow us to grow the highest quality seeds at lower costs. Plus we have sufficient land and water resources and have a huge potential for yields, "- said the chairman of the Union of Potato Growers.

At the end of Kairat Bisetayev's report, the Ambassador from the Netherlands expressed an interest in the production of potato seeds in Kazakhstan.

The visit of the foreign delegation will not end at the round table. The program of visit of agro-industrial delegation includes visiting of Almaty, Aktobe and West Kazakhstan regions where it is planned to organize meetings with regional authorities and representatives of regional business community to discuss details of projects realization.

As part of a working visit to West Kazakhstan region a new project for the construction of a greenhouse complex with the participation of the Dutch company "Van Der Hoeven" will be launched. The volume of investments in the project will be $35 mln.

At the end of the round table, the foreign delegation thanked the Kazakh side for the reception and expressed hope for further fruitful cooperation.