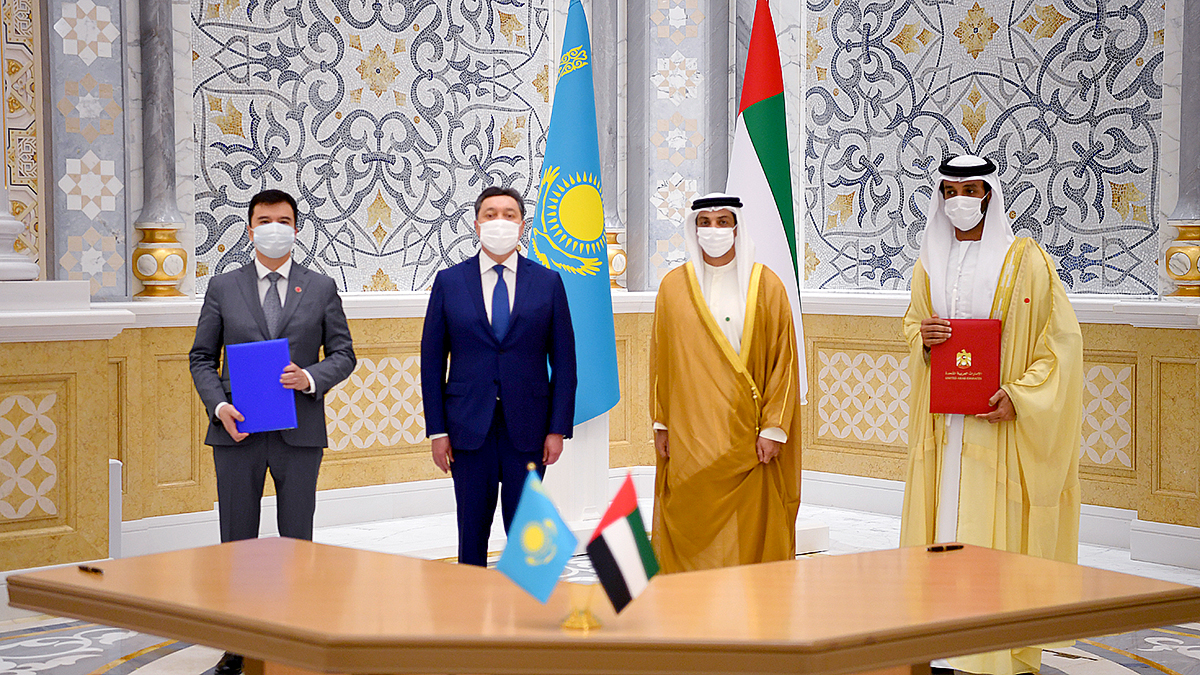 Kazakhstan will help the UAE to implement its strategy for food security up to 2051. This became known after the visit of Prime Minister Askar Mamin in Abu Dhabi, reports the World of NAN with reference to the press service of the head of the Cabinet.

The parties discussed the prospects of bilateral cooperation in trade and economic, financial and investment, transport and logistics, agro-industrial, petrochemical, space, mining and metallurgical, energy and other sectors.

Following the negotiations between the governments of Kazakhstan and UAE, a document on investment cooperation was signed, which envisages implementation of 21 projects for $6.1 billion.

"Special attention of the Governments of the Republic of Kazakhstan and the United Arab Emirates is paid to realization of cooperation potential in the agricultural sector - 10 out of 21 planned projects provide for launch of production of food products with high added value. This will allow Kazakhstan to become an important link in the implementation of the UAE Strategy for Food Security up to 2051 and will further increase trade between the two countries, "- was said in the report.

It is noted that the implementation of new investment projects will create new jobs in Kazakhstan, as well as introduce advanced technologies and practices.