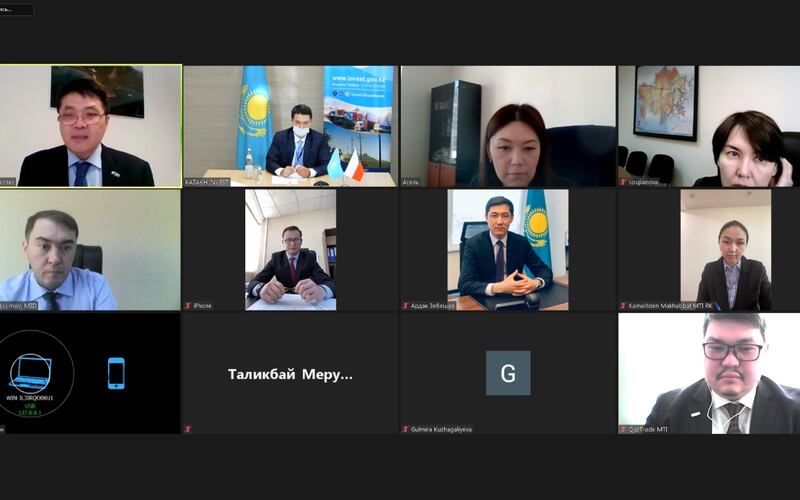 In order to discuss further development of cooperation between Kazakhstan and the Czech Republic, the Trade Policy Development Center "QazTrade" organized a webinar. The aspects of the Kazakh-Czech trade and economic cooperation were considered by the representatives of the Ministries of Trade and Integration of the RK, Industry and Infrastructural Development, Energy as well as the specialists of JSC "Kazakh Invest" and "QazTrade", reports World of NAN with reference to the press-service of the Ministry of Trade and Integration of the Republic of Kazakhstan.

Minister-Counselor for Trade and Economic Affairs in the Czech Republic Kaneshev B.B., representative of CzechTrade in Kazakhstan Yurik Petr, Chairman of the Board of JSC "NC "Kazakh Invest" Yusupov M.B., Deputy Chairman of the Committee on Investments of the Ministry of Foreign Affairs A. Zabeshev were specially invited to participate in the event.

During the webinar the participants noted that Kazakhstan considers the Czech Republic as an important hub, providing our country with access to the markets of Eastern and Central Europe. This position is evidenced by the active work of the Kazakh-Czech intergovernmental commission.

Analytical data presented at the event showed that despite the decline of trade indicators in 2020 due to the Covid-19 pandemic, according to QazTrade estimations, the total potential for increasing non-commodity exports to the Czech Republic is $ 654.8 million. This includes $28.4 million in agriculture and $626.4 million in industry.

Experts who spoke at the webinar pointed out that the Ministry of Trade and Integration has provided certain incentives for exporters in order to increase exports of non-resource products to foreign markets.

Expansion of supply markets and increase of the volume of export of Kazakhstan production is a priority task of MTI and QazTrade, experts of the industry stressed. For example, QazTrade has prepared a pool of exporters whose products are in demand in the markets of China and the EAEC.

Thanks to the Export Acceleration Program, 35 companies in the food industry are ready to deliver to the European market oil, salt, honey, pasta and flour products. Honey producer Lepsinsk Onimi LLP passed product certification according to EU standards. At the same time, it turned out that dried mare's and camel's milk made according to the highest quality standards is in high demand.

As for the output to international electronic trading platforms, according to experts, about 4,000 items of Kazakhstan products are presented on Alibaba.com today.

During the exchange of views, the participants came to a consensus - today Kazakhstan and the Czech Republic have a number of areas with high potential for cooperation in addition to trade policy.

In particular, for example, as part of the task of a large-scale revision of environmental legislation. With the adoption of the new Environmental Code, Kazakhstan is actively developing the industry of recycling and waste management. The Czech Republic has already progressed from a transit economy to one that meets European standards, and can share its experience in implementing waste recycling technologies and adopting modern, green principles in industry. The two countries can implement joint projects in the field of renewable energy.

According to experts, the Czech educational institutions and aviation base could be used to train and certify Kazakh pilots. National agencies are also working to attract Czech investors in mechanical engineering and mining.

At the end of the webinar, representatives of the Embassy of Kazakhstan in the Czech Republic once again stressed the readiness to provide all necessary support to disseminate information materials on the investment potential of industrial sectors of Kazakhstan, as well as to assist in the promotion of Kazakh non-resource goods in the Czech market. 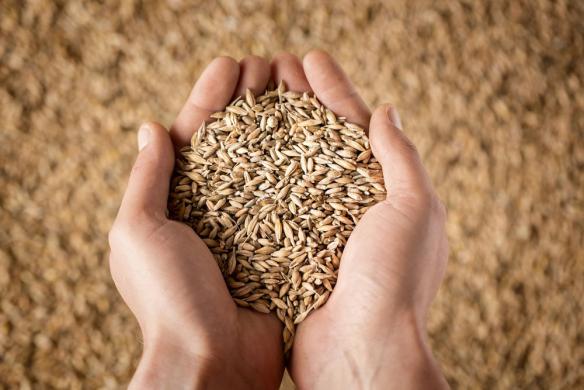 A new grain monitoring system will start working in Russia