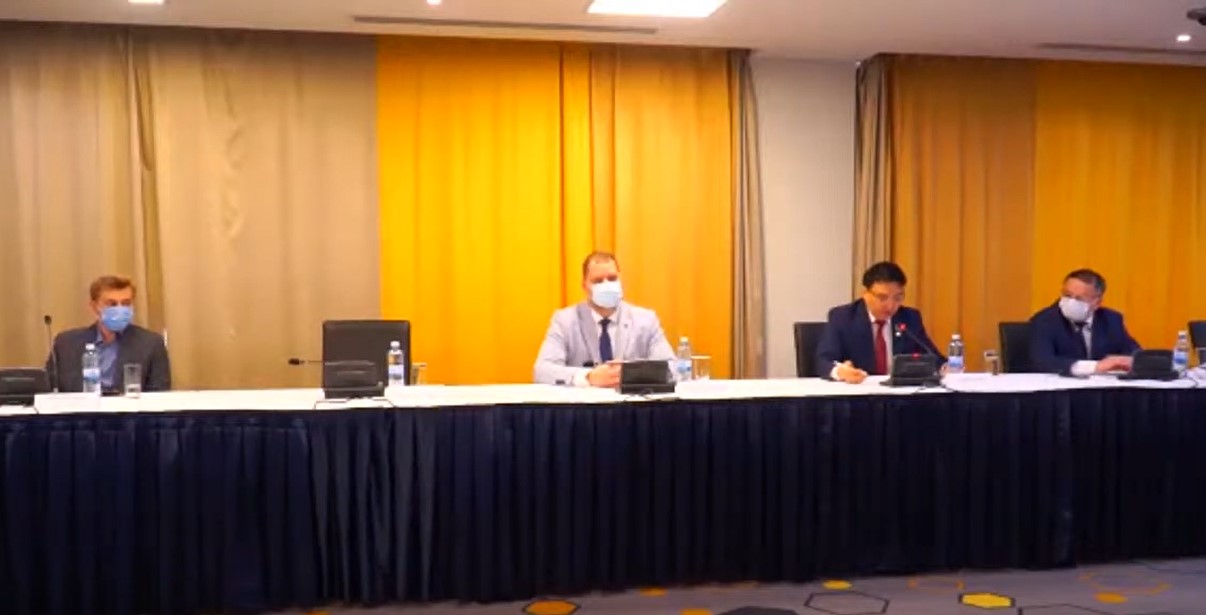 The utilization fee introduced for agricultural machinery in Kazakhstan will lead to higher food prices, lower yields in the agricultural sector, and general impoverishment of farmers. This was discussed by the participants of the thematic teleconference, which was held on November 10.

On November 10, the Kazakhstan Press Club and the Union of Industrialists and Entrepreneurs "Yel Tiregi" held an online teleconference between Nur-Sultan and Almaty on the subject of utilization fee.

Within the framework of it, domestic manufacturers from the spheres of auto business, agriculture, cable and electrotechnical products, as well as food industry unanimously declared the necessity to change the new draft of the Ecological Code: namely to cancel the utilization fee (for different types of equipment and products) or to reduce its rates several times.

For example, domestic farmers have repeatedly said that the utilization of agricultural machinery will not help the development of Kazakhstan's agricultural machinery industry, but will only lead to higher prices of equipment and groundless fees, which ultimately will adversely affect the prices of food and generally spur inflation in the country.

"With this teleconference we would like to draw attention to the fact that we are now experiencing a great monopolization of some sectors of the economy. We see that parastatal monopolies take over the market and turn the whole industries into their own honeypot. All kinds of single operators are being created: in customs, pharmaceuticals, environmental and other spheres. As a matter of fact, a system is being created under which some private companies have to pay utilization fees to another private company", said Nurzhan Altayev, a member of the Majilis, chairman of the board of the Union of Industrialists and Entrepreneurs of "Yel Tiregi".

According to him, the existing system of fee collection is mandatory for all entrepreneurs, but at the same time, it is not considered a tax, so the collected money does not go to the state budget, but is directed to the pockets of a private company.

In addition, these companies are not established any liability in case of poor service provision or inefficient spending of collected funds.

Nurzhan Altayev emphasized that the draft Environmental Code, which contains provisions on utilization fee, is currently under consideration in the Parliament, but it is already clear that if not amended in the part of utilization fee, the consequences may negatively affect each Kazakhstani citizen.

"We often say that agriculture is our new oil, a direction that will keep Kazakhstan's economy afloat in the coming decades. We have huge opportunities, two huge markets nearby - Russia and China. We have huge areas of agricultural land, which not every country can boast of, but in the agro-industrial complex there are big problems that we can not yet fully solve. For example, absolutely outdated agricultural equipment - somewhere in the region of 85% of the total. Today we use tractors and combines of the 70-80s, which are not very efficient, but they constantly break down. The government calls for farmers to upgrade their agricultural equipment, but immediately a utilization fee is introduced, which has already led to a sharp increase in the price of all equipment. Thus, the agricultural machine, which previously cost 25 million tenge, rose in price by 5-7 million tenge because of the utilization fee. Farmers take out loans to renew equipment, and now they lay such an additional load. Why do we do this? To finally destroy the agriculture? This is absolutely incomprehensible," Altayev said.

Also, in his opinion, the introduction of waste collection is not the best way to stimulate the development of domestic agricultural machinery.

"If we want farmers to buy so-called domestic equipment, let's create conditions for this, provide them with soft loans at 0% per annum. If you buy imported one - you get, for example, at 6 percent per annum, you buy domestic - you get a soft loan. Why do we not stimulate the development of mechanical engineering in this way? Instead, we put on the shoulders of farmers a load that they are not able to lift, especially now, when there is a crisis associated with the pandemic," Altayev concluded.

The head of the Astana Business agricultural holding Farid Abitayev, who also spoke at the teleconference, noted that the localization of agricultural equipment today is announced by the Ministry of Industry and Infrastructure Development of Kazakhstan at the level of 30-40%, but in fact these figures are irrelevant, they are greatly overestimated.

"We all know that combines and tractors, which are brought to Kazakhstan, only screw the wheels, and the automotive industry also does this. This has been going on for many years. In fact, they receive benefits and preferences, and feeds from our pockets twice: through these benefits and now through the utilization fee. At the same time, juggling with these figures for localization is very risky", - said Abitayev.

According to him, the utilization fee for agricultural equipment is tense.