With the utilization fee, the equipment became more expensive 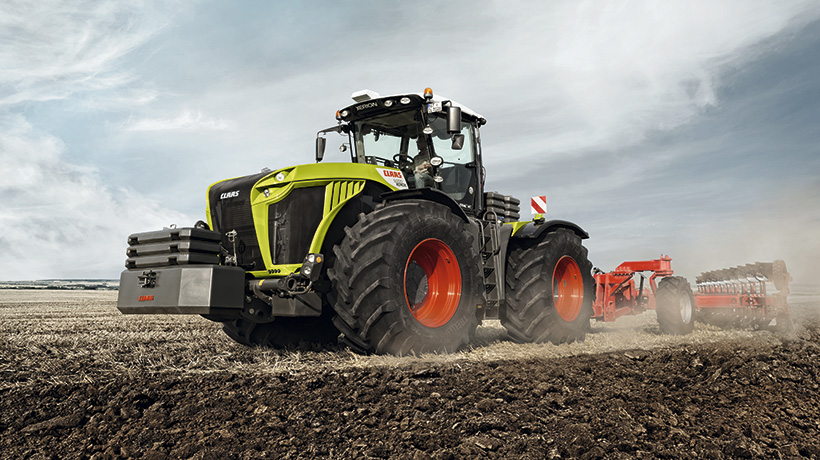 The price of one unit of agricultural equipment rose from KZT 2 to 14 million depending on the model and capacity, KazakhZerno.kz reports.

The reasons are increase in foreign currency exchange rate and introduction of utilization fee. The Ministry of Economy issued an order on the introduction of utilization fee for agricultural machinery, which came into force. Farmers of all regions have repeatedly stated that it will cause a serious blow to agriculture and the economy of Kazakhstan. But the highest ranks of the farmers' opinion has not been affected.

Since early 2020, Kyzylorda farmers have purchased agricultural equipment through JSC "KazAgroFinance" for 3 billion tenge. Some of them are already in farms. There are still applications under consideration, so the total amount of the purchase will reach 5 billion tenge, and possibly even higher. Mainly, rice harvesters and reapers are purchased.

- New equipment is first of all quality, and it is clear to all rice farmers, - says the chairman of Er Ali Alibi Bekzhanov. - Otherwise, the fact that in Kyzylorda region agricultural machinery park has been renewed for the last five years by almost 80% can't be explained. But now there is a situation when the currency is becoming more expensive, the coronavirus pandemic, all this negatively affects the development of agriculture.  There is also the cost of utilization fee. The tractor costs now almost 2 million tenge more than before. I think that in such a difficult period, in order to make a worthy contribution to the development of food security of the country, all conditions should be created for the agrarians. In particular, for purchasing equipment. After all, the quality of agricultural products depends largely on its condition.

Recently, 2 tractors "Claas Axion" and 2 tractors of MTZ manufactured in Belarus came to PT "Abzal & K". According to Sagidulla Syzdykov, Commercial Director of the company, the already expensive foreign equipment has become even more expensive.

- I believe that the order was adopted prematurely and unreasonably, especially in such a difficult period not only for the country, but also for the whole world,

Thanks to the MIID and the Ministry of Ecology of the RK for this! As a result of the introduction of utilization fee for agricultural machinery in Kazakhstan, instead of progressing agriculture, we are moving backwards. Production of agricultural machinery in Kazakhstan is not well established, now we will work and develop the economy ... After signing the order, combines, which cost 140-160 million tg / e., became even more expensive by 11-12 million tenge due to the introduction of utilization fee. This led to an increase in the cost of the final product, i.e. we, the agricultural producers, and the end consumers of our products, i.e. ordinary people, were eventually affected," Sagidulla Syzdykov said.

According to the commercial director, official requests were sent to the MIID and the Ministry of Economic Affairs of the Republic of Kazakhstan with a request to clarify the position of the state on this topic, but their position is unyielding. The main and main purpose of the introduction of utilization fee, in their opinion, is to renew the outdated system by 80% of the park of agricultural machinery, as well as to stimulate the localization of production in the Republic of Kazakhstan.

- Now, on the contrary, we will do everything to extend the life of 80% of outdated equipment, because combines have become more expensive and difficult to access for farms, - continues S. Syzdykov. - Regarding the stimulation of localization of production in Kazakhstan, our country does not produce rice harvesters. What should we, the rice harvesters, do in this case? How many years will it take until production is adjusted? Why aren't local Department of Industrial and Innovative Development and Department of Ecology of Kyzylorda region interested in solving this problem? We have not received any explanations from their specialists, and we know only about the shortcomings of utilization. Perhaps, there are pluses in it, but nobody told us, rice growers, about them. I believe that this order was adopted prematurely and unreasonably, especially in such a difficult period not only for the country but also for the whole world. It would be great if other farms of the region supported me and expressed their opinion on this issue.

It is a fact that the price of agricultural equipment has become higher.

- Over the past five years, Kyzylorda farmers have increased the purchase of agricultural machinery up to 6.5 billion tenge, - says the director of the branch of JSC "KazAgroFinance" Orazbek Karakozhaev. - Since the beginning of the year, equipment has been purchased for 3 billion tenge, but there are still applications. According to forecasts, the purchase will be at 5 billion, and possibly even higher. Despite the rise in price of equipment, we hope that farmers of the region will still buy the necessary number of units.