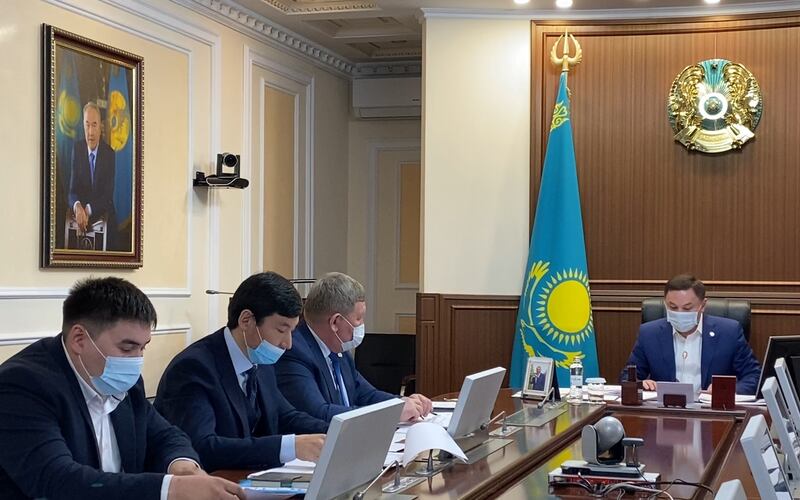 The President of the country set a task for Akims of all levels to bring the volume of investment in fixed capital in 2025 to 30% of GDP. Akims of districts of Akmola region reported on the work being done to achieve the target indicators for attracting investments within the planned projects to the head of the region Yermek Marzhikpayev, World of NAN reports, referring to the press service of the Akim's Office.

As it's noted in Akim's office, besides agroindustrial facilities, investment projects on other directions will be realized as well. Construction of wind power station with capacity of 50 megawatt in Ereymentau district, tourist complex in Burabay district are in the plans.

With participation of head of region akims of districts discussed issues of projects' relevance, stages of implementation, readiness of documentation. The problematic moments on each of the presented investment projects were taken under individual control.

It is expected that realization of these projects will allow creation of about 2 300 working places and will positively influence economic and social development of the region.

In total, the region's investment portfolio, according to the akimat, consists of 234 projects with an investment volume of 1.8 trillion tenge until 2025.

According to the results of the meeting, Mr. E. Marzhikpayev, Head of the region, set objectives for creation of new production facilities in agriculture and industrial sector. Assignments were given to intensify work on attracting investors, providing assistance and personal support. Meetings in this format will be held on a regular basis.