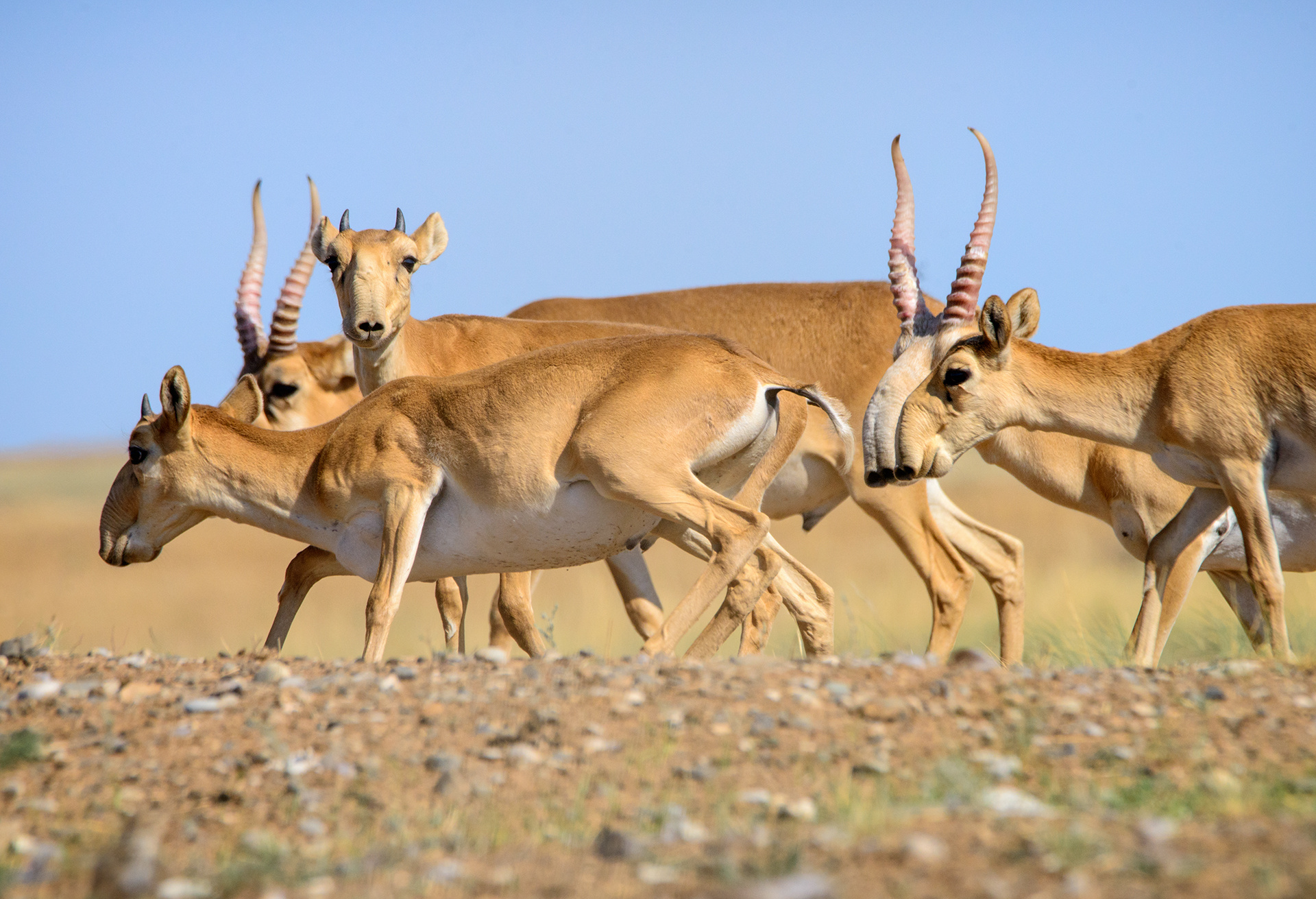 No hasty decisions should be made when it comes to managing saiga numbers, World of NAN reports, citing the Ministry of Ecology.

Currently, questions about the Ural saiga population are being raised in social networks by farmers in connection with its increased number and possible competition with domestic animals over pastures and watering places.

However, according to long-term studies conducted by the Institute of Zoology of the Ministry of Education and Science, there has been no special competition between saigas and domestic animals over all these years. After all, saigas eat many plants that are not eaten by cattle, and the general forage supply is sufficient for domestic and wild ungulates. Plus, they lead a nomadic lifestyle, so the level of grazing pressure is not high. By constantly moving around, saigas eat up only a small part of the grass stand, which allows the animals to reuse the pasture.

"The state at one time spent huge resources to restore saiga numbers. Now it is only at the recovery stage, that is, it has not yet reached its maximum," says Alexei Grachev, head of the Laboratory of Teriology at the Institute of Zoology of the Ministry of Education and Science of the Republic of Kazakhstan.

According to the expert, the issue of the population should be approached in a balanced way. After all, saigas play a great role in the ecosystem. For example, with their hooves they loosen the soil, providing it with moisture and everything necessary for plant growth. They also contribute their biomaterial to the soil and stand in the food chain with predators, including wolves, birds of prey, etc.

Plus, the saiga is listed as a critically endangered species on the International Union for Conservation of Nature's Red List.

"Saiga is one of the brands, a calling card of Kazakhstan, the main part of its population lives in our country. And the whole world is looking at us to what extent we will preserve it," Alexei Grachev emphasized.

It is worth adding that many scientists of international level call saving the saiga a "Kazakh miracle", because, according to them, there is no precedent anywhere in the world for a particular species to be saved when it was on the verge of extinction.