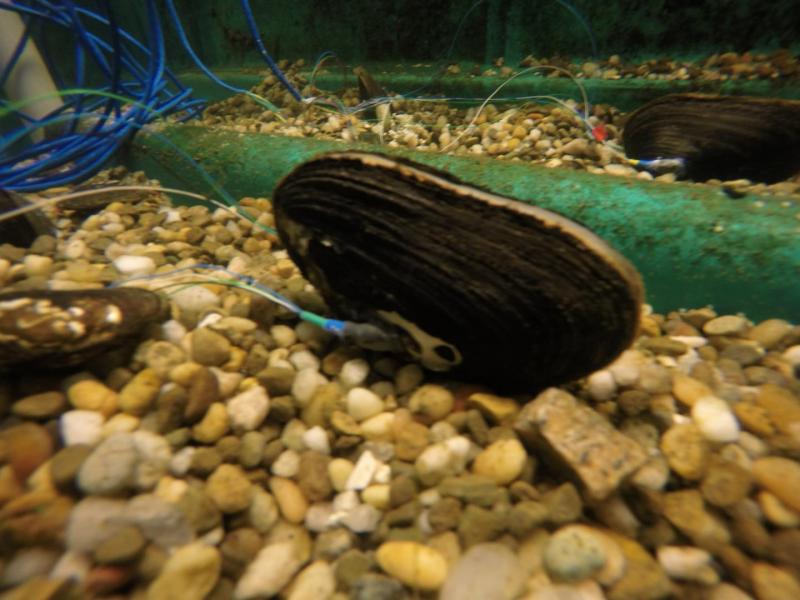 Scientists at the University of North Carolina have developed an unusual way to detect early pollution in the aquatic environment. Sea mussels were chosen as detectors, World of NAN reported, citing the university's public relations department.

As it turns out, the mussels were not chosen by chance. Scientists say that when toxins are present in the mollusks' waterway, freshwater mussels react instantly.

Mussels feed by opening their shells - they help filter tiny organisms out of the water. And while mollusks usually live in groups, it turns out that group members don't usually feed at the same time. That means they usually open and close their shells independently of each other. However, scientists have found that if a group of mussels in the water encounters harmful substances that pose a threat, they all close their shells at the same time. It is with these characteristics of the mollusks in mind that a new motion sensor, mounted on the mussels, was developed as a means of detecting water pollution.

The sensor developed by the University team consists of two linked inertial measurement units (IMUs). One is attached to one and the other to the other side of the shell. Each is equipped with an accelerometer to track motion and speed and a magnetometer to determine the magnetic field.

When a mussel closes its shell, the two IMUs immediately record the movement, as the angles of both sides of the shell change dramatically. Consequently, if several mussels from the same group are equipped with sensors, it is possible to determine if they are closing their shells at the same time.

All sensors for one group can be connected to a solar-powered processor mounted on a special pole. The device will continuously transmit data via the cellular network. If a group clam shell closure is detected, territorial agencies and environmentalists will be able to immediately begin searching for the source of the toxin that is suspected to have caused the mussels' disturbance.

According to the scientists, when tested on freshwater mussels in aquariums, the sensors consistently recorded less than one degree of shell movement. And while the sensors have only been used on four mussels at a time so far, the technology proposed by the scientists can track several dozen at once.

"Our goal is to create 'internet mussels' and monitor their individual and collective behavior. This will eventually allow us to use them as environmental sensors," says Professor Alper Bozkurt, who is leading the research with his partner, Professor Jay Levin.