Because of the pandemic, the world's manufacturers are not "coming" to Kazakhstan now, so utilization fee should be abolished - Zhumagaziyev 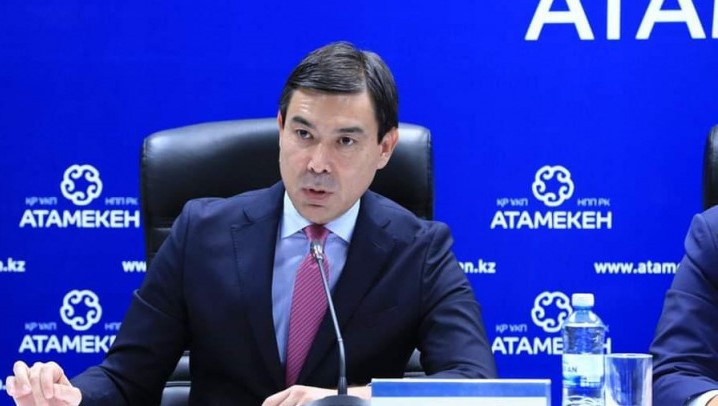 The other day, the social network Facebook published the post of Deputy Chairman of the Board of Atameken NCE Eldar Zhumagaziyev, in which he stated that the utilization fee for agricultural machinery in Kazakhstan should be abolished.

Taking into account that heated discussions around this topic do not cease, the editorial board of World of Nan portal decided to address Eldar Tynyshbayevich directly to take a comment on this subject.

During the conversation with us, Eldar Zhumagaziyev reminded that in December 2019, the acting Minister of Ecology, Geology and Natural Resources of the Republic of Kazakhstan issued an order to introduce utilization fee for imported agricultural machinery, analogues of which are produced in Kazakhstan.

According to him, these measures were intended to protect domestic manufacturers of agricultural machinery from competitors from neighboring countries by financing them in the following areas: job maintenance, use of energy resources, research and development, testing related to production, etc.

"However, the changes made this year to the abovementioned order, where the utilization fee has been extended to all agricultural machinery, including foreign ones, will negatively affect the activity of agricultural producers. The existing plans to purchase foreign agricultural equipment may become unsustainable for many, as there are significant sums of money in the utilization fee. For example, utilization of tractors will range from 555,000 to 11,112,000 tenge, and from 2,493,000 to 12,469,000 tenge for harvesters.

The changes made were untimely, given the situation in the world and in the country, where the main emphasis should be on food security. The measures introduced, on the contrary, are slowing down the process because agricultural equipment is becoming more expensive," Eldar Zhumagaziyev said.

He stressed that the country should undoubtedly develop domestic machine-building industry, service centers of imported agricultural equipment, as well as localization of production of individual components and units. According to him, the practice of neighboring countries shows that work in this area is important. World manufacturers of agricultural machinery are interested in localization to those countries that are ready to create conditions for production, including by protecting the domestic market.

"But we have to admit that the current situation with the pandemic makes its own adjustments to the investment activity of global companies, so these companies are likely not to start production in our country in the near future. In this regard, we consider it advisable to release producers from the utilization fee or significantly reduce the utilization fee rate," said Eldar Zhumagaziev.

According to the deputy chairman of the board of Atameken, today it is necessary to support farmers. Especially now, when sown areas are actively diversified.

"In Kazakhstan's history, there have never been such large areas of linen, legumes and oilseeds. In the north, for example, sowing soybeans has not been done. These are global trends, which make you be competitive. For all this we need high-performance imported machinery, which we do not yet produce", concluded Eldar Zhumagaziyev.