Bioreactor-grown meat approved for use 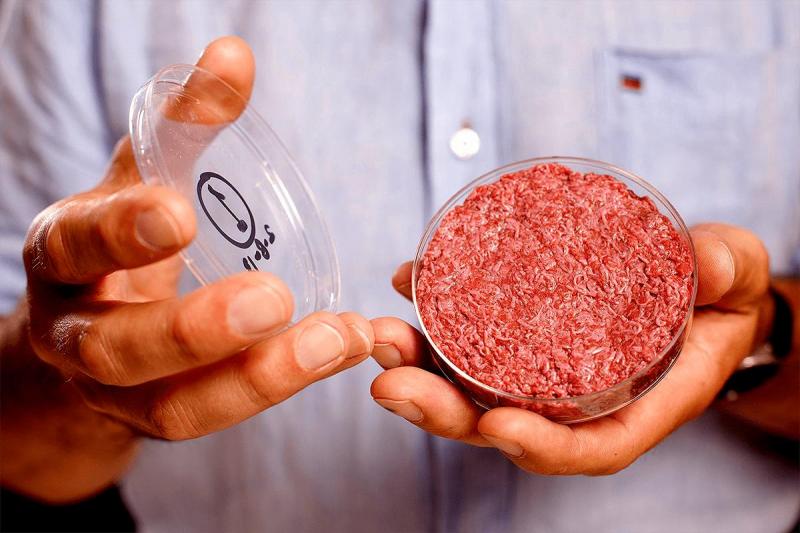 A recent report by the global consulting firm AT Kearney suggested that producers in 2040 will obtain most meat without slaughtering animals. Some steps in that direction have been taken. And recently, in confirmation to the scientists' prediction, cultured meat grown in a bioreactor was presented to the world community. The chicken snacks, produced by the American company Eat Just, have not only been tested for safety by the Singapore Food Agency, but have also been approved for consumption, reports World of NAN.

The product will begin to be sold in restaurants in Singapore. For now, cultured meat will be significantly more expensive than conventional chicken.

As for the production of artificial meat, the cells for the product are grown in a 1,200-liter bioreactor and then combined with vegetable ingredients. Initially, the cells are taken from biopsies of live animals. And the nutrients supplied to the growing cells can be obtained from plants. The next production line will use plant-based serum, the company reports.

The scientists' new development has been hailed as a landmark moment in the entire meat industry. Meanwhile, research shows that reducing meat consumption is vital in combating the climate crisis, and some scientists argue that obtaining products without slaughtering animals is the best environmental measure humans can take.

Companies developing lab-grown meat believe that meat cultured in bioreactors prevents the problems of bacterial contamination from animal waste and the overuse of antibiotics and hormones found in animal meat. At the same time, the developers assure that cultured chicken is as nutritious as conventional meat.

At the moment, the small scale of modern cultured meat production requires relatively high energy consumption and, consequently, high carbon dioxide emissions. But producers say that with increased capacity, it will be possible to reduce these emissions and use far less water and other resources than conventional meat production.

The company is now working to solve the issue of obtaining regulatory approvals in other countries and increasing production. Recall that Eat Just already has experience in selling products produced artificially to consumers, such as plant-based eggs and vegetarian mayonnaise.

Carsten Gerhardt, a spokesman for the company, said the approval of the meat product in an innovative country like Singapore could accelerate market entry in other developed countries as early as 2020. "We are convinced that in the long term, cultured meat will solve the health and environmental impacts of traditional meat production in a highly industrialized environment," he was quoted by the world media.

Commenting on the news about cultured meat, representatives of the non-profit Institute for Good Nutrition in the United States point out that in the era of the space race for the future of food, cultured meat is unlikely to become popular within a few years unless it matches the cost of conventional meat.