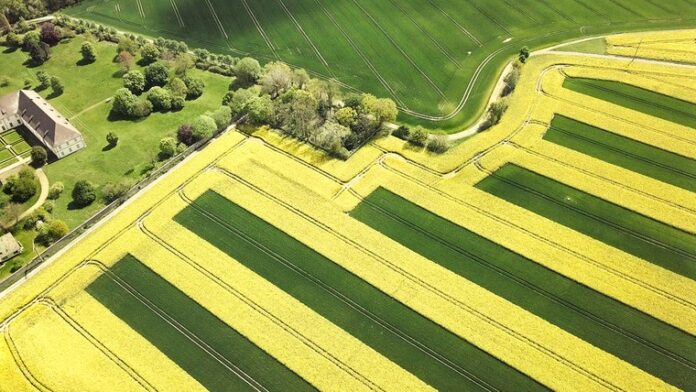 Scientists and environmentalists have long been warning of insect death due to the operation of huge monocultures in agriculture. For this reason, a pilot project was started a year ago, accompanied by the universities of Göttingen and Kiel, in which wheat and rapeseed were alternately cultivated in strips on large arable land as a mixed crop. The juxtaposition of narrow fields with many edges serves as an orientation for insects and enables them to have a “complementary diet”. The results after the first year are promising: According to the University of Göttingen, more than 50 percent more insect species were found in the streak field than in rapeseed or wheat monoculture.

According to the University of Göttingen, there were three times as many wild bees on the strip field during the rapeseed blossom compared to the rapeseed monoculture. A total of 51 wild bee species were found. Strip cultivation also shows a positive effect for the bird population. Around twice as many birds can be found on the strip field as on the rapeseed and wheat monocultures and they showed around twice as many species. These included: Skylark, Kestrel, Marsh Harrier, Yellow Wagtail, Meadow Pipit, Common Warbler, Common Swift, Barn Swallow, Eurasian Sparrow, Hedge Brownelle and Barn Swallow.

Teja Tscharnke from the University of Göttingen explains: “Small fields or stripes mean that more species can live in these fields because two different resources are close together. This lures different insect species into the field.” The decline in pests is also a positive effect: the wheat in the streak field is only affected by half as many cereal aphids as the wheat monoculture. In rape, the infestation by rapeseed beetles is reduced in the strip field.

According to Tscharnke, the installation of striped fields is an attractive, cost-effective measure to promote biodiversity in agriculture, which for the farmer does not involve any loss of land. The advantages could be compared with those of switching to organic farming. Because of the promising first results, the investigations would be continued and even expanded: in 2019 three farmers were involved, this year there are already twelve.