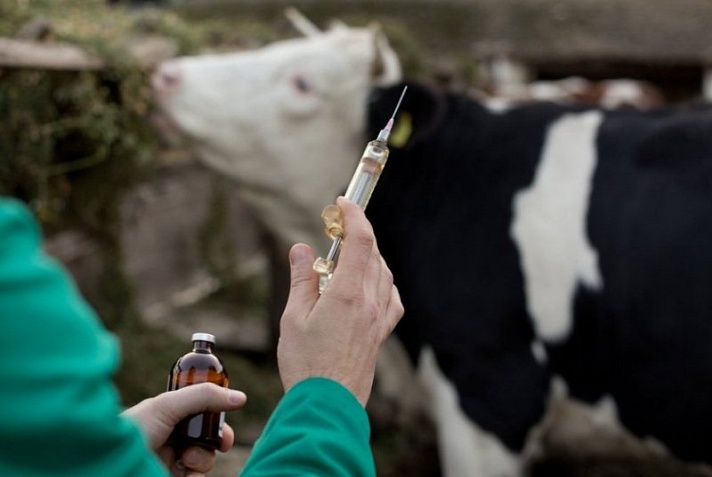 Kazakhstan has developed a vaccine against brucellosis in cattle, which has been under development since 2013. The scientific journal Frontiers in Cellular and Infection Microbiology published an article about the results of registration tests, World of NAN reports referring to zakon.kz.

According to scientific leader of the development, head of the Center of Vaccinology at Kazakh National Agrarian Research University, Kaisar Tabynov, the problem of brucellosis in the country's veterinary medicine is very acute. Since it can affect almost all types of farm animals, including bovines and small cattle. More than 90% of funds allocated by the network of veterinary laboratories of the republic are used to combat this disease, while the remainder is spent on other infections, the expert notes.

As Kaisar Tabynov said, there are several types of vaccines currently used in our country, but they have a number of drawbacks. For example, due to the fact that the vaccine is prepared from a live bacteria, albeit weakened version, it can be excreted through the milk of vaccinated animals and cause a vaccine-associated infection in humans. In addition, when vaccinating a steer animal, a cow or heifer, the drug has sometimes caused abortion of the fetus.

"Based on all this, we set ourselves the task of creating the perfect vaccine or at least close to the perfect vaccine. It had to be, firstly, safe, secondly, environmentally friendly, not cause abortions in vaccinated animals, and be effective. Another point is that it should allow us to differentiate animals from vaccinated ones and be suitable for large-scale production," says the development manager.

Scientific work on the development of the innovative vector vaccine has been going on since 2013.

"This is the first time we have used influenza viruses as a vector or delivery vehicle for brucellosis proteins. No one in the world had used this approach before in creating brucellosis vaccines. And it was quite a risky job. We modified them, performed a certain procedure to weaken them and made a genetic bet that produced the most immunogenic brucellosis proteins. We did a huge amount of experiments on cattle to develop this vaccine. Nobody knew if it would work. But our expectations were met, and we got the result we needed. The effectiveness is 60-75% on average. Since the introduction of the American RB-51 vaccine, this is the first report on the registration of a new drug against brucellosis," continues Kaisar Tabynov.

Almost 20 employees of the Infectious Disease Prevention Laboratory and about ten employees of the Microbiology Laboratory participated in the development. The group started the registration trial in 2018 and finished it in early 2019. The work was conducted with the involvement of our country's leading specialists, many of whom are listed as authors. In addition, according to Kaisar Tabynov, there are world-renowned authoritative scientists in the field of brucellosis vaccine development and testing, such as Steven Olsen from the USA and Eingel Onot from Chile. It is a great honor and pride to have them with us as authors.

"This additionally brings our scientific work to the attention of the scientific community and instills more confidence in it. In total, we have published more than ten articles on brucellosis in leading international scientific journals. The work that we have published now is the final article, summarizing all the work since 2013. The final point: we brought the product to registration. Before that, we talked about interim results," the expert comments.

The developed vaccine is not yet produced. But there is some progress: scientists have carried out health improvement of several farms in Korday district. Now the issue of mass production of the drug is being addressed by specialists from the Research Institute of Biological Safety Problems of Zhambyl region.