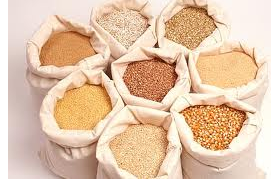 "Syr Suluy" is one of the best Kazakh varieties of rice.

New varieties of rice, bred by domestic scientists, are able to displace from the Kazakh market world recognized analogues. Much work in this direction is conducted in the Kazakh Research Institute of Rice named after Ibray Zhakhayev. Thus, for the last few years more than twenty highly productive varieties of rice have appeared in his laboratories. Special pride of the Institute's specialists is the "Syr Suluy" variety. This is the result of painstaking and difficult research work of a group of scientists. The "Syr Suluy" contains all the best that is already available in rice production. The culture is characterized by high vitreosity, excellent flavor qualities, resistance to shattering and lodging. Potential yields are 90 centners per hectare. The long grain variety is planned to be supplied to foreign markets. In general, in the coming years, the Ibrai Zhakhayev Rice Research Institute intends to increase the seed stock of varieties bred here. Thus, it is planned to provide rice farms of Kyzylorda region with the necessary volume of seeds and replace up to 50% of sown traditional varieties with new highly productive ones. New varieties of crops are not the only development of scientists. Scientists at the institute offer local farmers to grow rice using drip irrigation technology. In their opinion, this very method will reduce water consumption by almost 5 times.

Works on the development of new varieties of fodder crops is also being conducted at the Kazakh Research Institute of Rice named after Ibray Zhkahayev. A couple of years ago a new variety of sweet clover "Alaula" was successfully tested in the Aral region. Yields are several times higher, the vegetation period is shorter. The result of many years of work of Kazakhstani breeders is many times higher than its counterparts. The main features of the legume crop include adaptability to hot climate, saline soil and, importantly, this variety does not contain coumarin. For most varieties, the high content of this particular aromatic substance is the main obstacle to its breeding. Coumarin is harmful to animals. Through poor processing, it is converted into a toxic poison - bicumarol. This doesn't happen with the Alaula variety. That's why the feed crop is of special value to farmers.

The new variety of melon "Altair-1" is already appreciated for its yield and excellent flavor...

The scientists of this research institute are ready to offer the country new varieties of melon crops with high commercial and gastronomic qualities, good weight and transportability, resistant to the extreme natural conditions of the region. Thus, thanks to the efforts of the Institute's specialists, a new variety of melon, highly productive and adaptive to difficult weather conditions of the Aral region, such as Altair-1, has appeared. This novelty significantly exceeds the best domestic and foreign old varieties. This melon was especially appreciated for its high productivity in saline soil conditions and, of course, for its excellent flavor qualities.

However, agricultural scientists of the Research and Production Center of Grain Farming named after A. Barayev in Akmola region offered a new variety of soft wheat "Asyl Sapa". And their scientific achievement was appreciated by Kazakh farmers. They had been working on its creation for more than fifteen years. Scientists claim that the weather dictates the work conditions for local farmers. Its unpredictability affects the quality of the harvest. Obviously, not in the best way. That's why it's long overdue to develop a new variety of wheat. That's how "Asyl Sapa" was created. This variety has good indicators of grain quality by protein and gluten content. Moreover, "Asyl Sapa" is a so-called enhancer, to put it simply, if it is grown with weak varieties, it will significantly improve their quality. As in other research institutes of Kazakhstan, it is not limited to only one type of agricultural crop. For example, the specialists of the Research and Production Center of Grain Farming named after A. Barayev work on sunflower seeds being ripened on average in 100 days and yielded at least 25 centners per hectare. Thus, the pride of breeders of the Centre is the variety " Sochinsky", its biochemical characteristics of oil content within 40-50%, high protein content up to 20%. Akmola scientists created more than 130 varieties of agricultural crops.