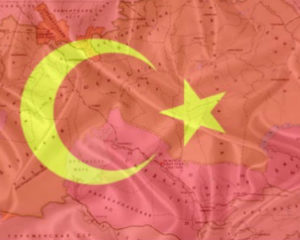 The Civil War in Russia was still going on. And the Bolsheviks had already begun to create the first socialist state. Immediately after the overthrow of the Provisional Government, Vladimir Lenin announced the establishment of the Russian Soviet Federative Socialist Republic. The Kazakh Autonomous Soviet Socialist Republic was established as part of the RSFSR. Naturally, this process was not an instant one. Two years later, on 10 July 1919, the "Decree on the Revolutionary Management Committee of the Kyrgyz (Kazakh) Krai" was published. The power of the Revolutionary Committee was spread on the territory where the Kazakh population lived. These were the Ural, Turgai, Akmola, and Semipalatinsk regions, as well as a number of territories in the Astrakhan province. On 26 August 1920, the Soviet government issued a decree signed by Mikhail Kalinin and Vladimir Lenin "On the formation of the Autonomous Kyrgyz (Kazakh) Soviet Socialist Republic" in the RSFSR. The city of Orenburg became the capital of the Kazakh Autonomous Republic.

Formation of the borders of Kazakhstan

The formation of the borders of the newly formed republic was the responsibility of a specially created commission. The disputes were heated. Thus, there were many opponents to the inclusion of Akmola, Semipalatinsk and Ural regions in the KazASSR. Others, on the contrary, demanded to include the territories of the Omsk region, Barnaul district, Altai region of Russia and some part of Central Asia into the structure of Kazakhstan. In short, the proposals were a great many. For instance, the expediency of inclusion of Kustanay region into Kazakhstan was comprehensively proved in a note by Akhmet Baitursynov and Mukhamedjan Seralin. It was necessary to prove necessity of entering into republic of Akmola and Semipalatinsk regions. As strangely as it was, these territories, native to Kazakhs, belonged to Western Siberia. Thus, in 1920, the member of the Revcom Alikhan Yermekov in Moscow was at the reception of the leader of the state Vladimir Lenin. In the Kremlin he made an important report "On the situation of the Kirghiz region in general, and on the issue of borders in particular". Even today many historians say that thanks to this document the Kazakh authorities managed to defend Akmola, Semipalatinsk and Atyrau regions. The republic included a 10-verst long strip along the Urals and Irtysh Rivers, which used to belong to the Cossacks.

The special commission had to take into account not only ethnic aspects, but also economic, social and industrial ones. One of the key issues of the formation of the territory of the Kazakh Autonomy was the inclusion of Orenburg into it. It was this city that had the honor of becoming the first capital of Kazakhstan. The first (Constituent) Congress of Soviets of the Republic was held in Orenburg on October 4-12, 1920.

After all debates, disputes and meetings on the administrative map of the RSFSR, a new state formation appeared - the Kazakh Autonomous Soviet Socialist Republic, which included the Semipalatinsk region, which included Pavlodar, Semipalatinsk, Ust-Kamenogorsk, Zaisan and Karkaralinsk counties, Akmola region with Atbasar and Akmola, Kokchetav, Petropavlovsk and part of the Omsk Counties, the Turgai Region - Kustanai, Aktobe, Irgiz and Turgai Counties, the Ural Region as part of the Ural and Lbishchensk, Temir and Guriev Counties, as well as Mangyshlak County, 4th and 5th Adayev Volosts of Krasnovodsk County, Transcaspian Region, the north-eastern coast of the Caspian Sea of Astrakhan Province.

In 1925, there were a number of changes - the capital of the Kazakh Autonomy was the city on the Syrdarya - Kyzylorda, previously called Ak-Mechet. Orenburg became part of the RSFSR. And already in the new capital on April 19, the Fifth Congress of the Kazakh ASSR was held, which gathered delegates from all regions of the republic. This Congress is notable for the fact that it restored the historically correct name of the Kazakh people. To recall  since the Kazakh lands became part of Russia, they have been called the Kyrgyz. And since April 19, 1925, the Kyrgyz ASSR was renamed into the Kazakh Autonomous Soviet Socialist Republic. In the same year, the Karakalpak Autonomous Region became part of the republic. However, in 1929, the Karakalpak region passed to the RSFSR. In 1929 Alma-Ata became the capital of Kazakhstan. And already ten years later by the beginning of 1930th our republic looked like as it is on the map. 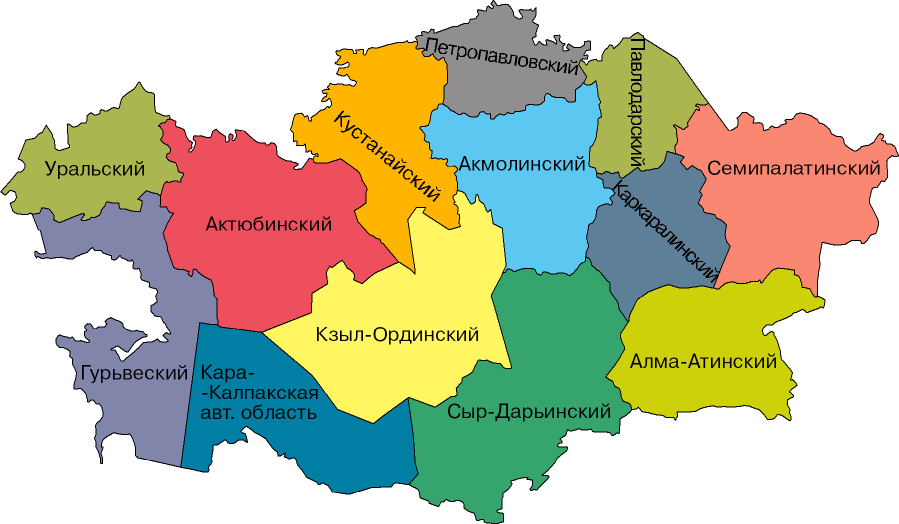 With the adoption of the new Constitution of the Soviet Union on 5 December 1936, the status of the Kazakh ASSR had already become a union republic and withdrew from the RSFSR.a