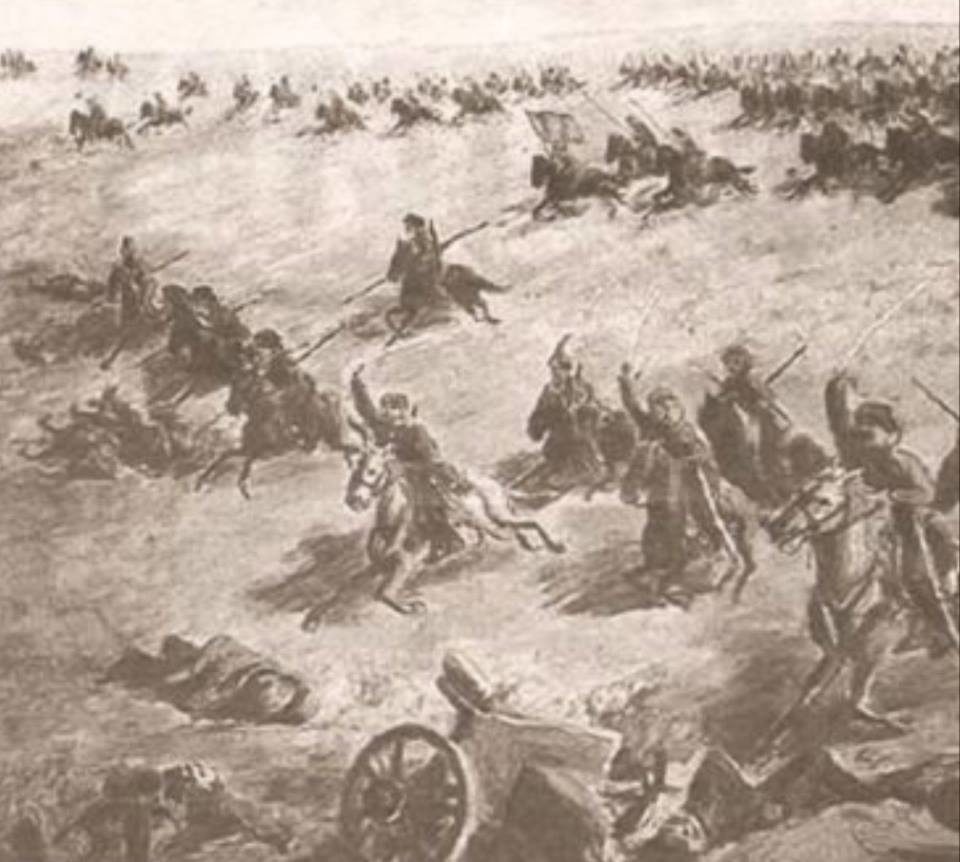 From the late twenties to the mid-thirties, the Soviet farmers were in the times of great change. These changes were not always for the good of the people. They could have ended in a real disaster. The XV Congress of the Communist Party of the USSR, which took place in September 1927, led precisely to such tragic consequences. At this congress, it was decided to proceed to the course of collectivization of agriculture in one sixth of the world. The policy of creating the so-called system of civilized cooperatives was to become an integral part of building socialism in a single country. To attract peasants to join collective farms, the authorities announced that all this is being done based on voluntariness, independence and, most importantly, material interest. In the future, this should have led to the emergence in the first socialist state of higher forms of peasant cooperation. However, all the talk about voluntariness, democracy, independence, all this remained only as empty talk. In fact, everything looked completely different. The party decided that collectivization in Kazakhstan should be completed by 1932. As known, the Bolsheviks did not limit themselves to any means to achieve their goals. Moreover, they have already assigned functional responsibilities for each region of the republic. In grain-sowing areas these will be agricultural cooperatives, and in those livestock farming areas, partnerships for joint cultivation of the land will be created. Philip Goloshchekin was to implement all the party and government guidelines in Kazakhstan in creating collective farms. Today his name is called among the main culprits of the Great Famine of 1932-1933 in Kazakhstan.

Initially, collectivization in Kazakhstan was started by violent methods, not taking into account the age-old way of the Kazakh people, and, therefore, destroying it. A total campaign was carried out against the prosperous peasantry. Moreover, these figures were many times higher than originally planned. If at the initial stage, it was expected that the authorities dispossessed from 3 to 5%, then in reality two to three times more peasants lost their property. Even the so-called wealthy middle peasants were affected. The property of the kulaks was completely confiscated, and an exile awaited them. If in the year when the collective farms were announced in the USSR, almost 40 million heads of cattle were registered in Kazakhstan, and then by January 1, 1933, nomads owned just over 4.5 million heads. The numbers are enormous. The steppe was gripped by the Great Famine. Over 1.5 million people died. The exodus of the Kazakhs began from their ancestral lands. Only from 1931 to 1932, 1 million 30 thousand Kazakhs left their homeland, and this is half of the population surviving from hunger.

The fight against Stalin's collectivization

There was not a single region in Kazakhstan whose inhabitants did not leave their lands. Thus, one part of the Kazakhs of the Mangistau, Zhilokosinsky, Uilsky, Tabyn regions found salvation in Turkmenistan, Karakalpakstan, and the other part in Iran and Afghanistan. Nomads of East Kazakhstan migrated to neighboring regions of China. Among them were residents of the villages of Balkhash, Chokparsky, Iliysky, Enbekshikazakhsky, Bien-Aksuysky, Sarkandsky, Dzharkentsky, Baribaevsky areas. And many of them, before leaving for China, rebelled against the hated Soviet regime. The residents of the Abralinsky, Chingistau and Chubartau districts gave an active rebuff to the policy of collectivization in the spring of 1931. One of the first opponents of the Stalinist policy of collectivization was the people of Karakalpakstan, which in those years was part of Kazakhstan based on autonomy. On September 26, 1929, at a general gathering of Kazakhs and Karakalpaks, it was decided to jointly fight collectivization. The rebels formed a military squad, which openly opposed the authorities. They defeated state institutions in the village of Takta-kopir, officials barely managed to escape. But what could the poor peasants do to oppose to the well-armed units of the regular army? The uprising was brutally crushed. Some were shot, others received large prison sentences, while others managed to escape in the steppe. Soon in almost every district, in every aul, an open opposition to the methods of Stalinist collectivization began. The general mood of those tragic days can be felt by reading the report of the head of the Kazaly district department of the NKVD. Here is what the official writes: “On March 8, 1930, under the leadership of the authoritative ishan of the Kazalinsky district, Tasov Akmurza, an armed gang was organized - a group from the Bayesian-Muslim element, which also included some of the poor and middle peasants. The main purpose of the gang was to refuse to pay government supplies, bread baking. This gangster uprising covered 8 administrative auls of the Kazalinsky district, as well as part of the auls of the Karmakchin region. After the Akmurza gang was defeated, in August 1930, a gang organized by Bai Akmambet Akzhan, a native of the Asan clan, opposed the party and government actions to harvest and hand over bread to the state. Subsequently, the gang was called by the name of the Asan clan - Asanovsky lawless uprising. Parts of the Red Army’s regular troops took part in the suppression of both Akmurza and Asan gangs, and the leaders and organizers of these gangs were caught and repressed by the OGPU NKVD, but some of the organizers managed to escape and emigrate to Afghanistan. ”Thus, in the spirit of the times, all dissenting people and those who are ready to defend their truth with weapons in their hands, the Soviet authorities branded bandits and criminals. A particularly violent armed uprising took place on February 2, 1930, an uprising in the Suzak district of Syrdarya region. Its participants captured the district center of Suzak. Several officials were killed. Such actions were unforgivable to authorities. The response was the most brutal. It is clear that things were not limited to long periods in the camps. 68 participants in the uprising were sentenced to death, hundreds received prison sentences, some were sent to Siberia, which meant actual death.

One of the largest revolts was the Karakum. Over five thousand people took part in it. People have already expanded their requirements. They wanted not only the return of the confiscated lands and property, but also the illegally convicted, to finally begin the Dubrovnik entry into collective farms and so on. Naturally, none of the authorities even  listened to the participants of the uprising. They acted as usual. By brutally crushing it. For this, the 8th Orenburg Division was involved. Among the sentences were executions, 175 people were sentenced to death, the rest were sentenced to prison terms, someone was sent to Siberia. The Adayev uprising became even more ambitious. In the region, already in the twenties, up to 60 insurgent groups operated. But the  uprising, which took place in 1929-1932, took place from Western Kazakhstan to Turkmenistan and Karakalpakstan. More than a thousand soldiers and security officers participated in the suppression of the uprising. Help was called even from other republics of the USSR. Hundreds of death sentences were passed, thousands of people were convicted. Even more were forced to leave their native lands. In total, from 1929 to 1931 in Kazakhstan there were more than 370 mass armed uprisings against violent Stalinist collectivization and the destruction of the age-old way of life of nomads.