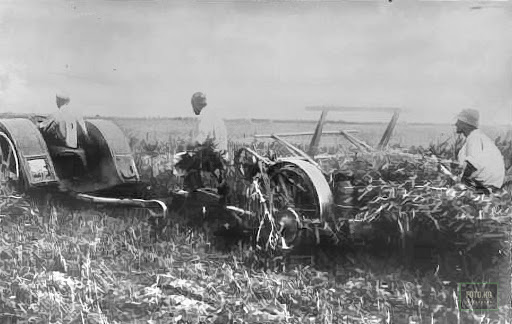 The birth of the socialist collective farm in rural areas

Barely having established themselves in power, the Bolsheviks began to fulfill their promises and slogans. It did not matter that their words were at odds with their actions. No one in the leadership of the winning party cared much about such "trivialities ". The villagers were among the first to experience the innovations. The Bolsheviks started to create collective farms in the village already in 1918. Thus, they announced the construction of a new, socialist life in the village. These were different forms of farmsteads. Of course, it had nothing to do with mass collectivization, which would only happen in ten years. So, what was it? Namely, cooperatives for joint cultivation, agricultural artels and agricultural communes. Immediately the Bolsheviks began to regulate their activities, and for that, the necessary documents were adopted. Thus, in February 1919, the People's Commissariat of Agriculture of the RSFSR approved the "Standard charter of agricultural productive communes", and in May, the villagers received a new document - "Standard charter of labor agricultural artels". The Council of All-Russian Cooperative Congresses adopted "Model Charter of Agricultural Productive Communities" in 1919 and "Provisional Charter of Agricultural Productive Collective" in 1922. All of them had one thing in common - the renunciation of sole proprietorship and recognition of the paramount importance of transition to a new, collective farm life.

The different types of collective agriculture in the early years of Soviet rule differed from one another, mainly in the extent to which the means of production were generalized, and in the way revenues were distributed. For example, in the same communes, all agricultural tools were common, but in the partnerships, only field land was common, where peasants worked together, and in the artels, land and means of production were common. Already in early 1920 in Soviet Russia, there were more than 1,500 collective farms, almost 1000 of which were communes and a little over 600 artels. In the same year, middle-class peasants joined the artels and as a result, the artels became more numerous. However, by the beginning of 1920, there were 6,189 collective farms in the country, of which more than half were artels. And this form of collective farm remained the main one for several years, mainly during the years of restoration of the national economy after the Civil War. It can even be said that it was artels that became prototypes of collective farms that appeared in the USSR in the late twenties. When the country declared a continuous collectivization among all collective farms in 1930, it was artels that made up almost 74%, and two years later, these figures came close to 100%.

However, they could not exist without a document regulating their activities. Such a document was developed and adopted. As mentioned above, the first of them was issued on 19 May 1919. The document, approved by the People's Commissariat of Agriculture, was called "Model Charter of the labor agricultural artel". The document covered all aspects of the activity of the first agricultural artels. For instance, all citizens of the young Soviet state who had reached the age of eighteen and without distinction of sex, religion, nationality, profession could be included in the agricultural artel, but at the same time there was a point in the document that closed the way to the artels for those who were deprived of the right to vote in the Soviets, and these were primarily kulaks. Under the artel, a common fund of agricultural enterprises was created, which could be used by all its members, but the tools of production could also remain in the personal use of peasants. At the same time, there were also contributions. And these contributions could be made both in live money and with equipment.

New editions of the charter of agricultural artels

The next year the authorities adopted a new Charter of the agricultural artel. This document actually put an equal sign between the artel and the commune. With the announcement of the NEP, the document regulating the activity of agricultural artels was changed again. It became more free. Thus, when joining, the peasants could no longer liquidate their private farms. But with the complete collectivization the authorities began to tighten the screws. On 1 March 1930, the CEC of the USSR adopted a new "Model charter of the agricultural artel". Now the full collectivization of all lands, where the household lands were also included, was introduced. Also according to the new charter the united land lot of an artel could not decrease. Those who left the artel structure could no longer count on land plots at the expense of its land area. They could only count on free land of the state fund. Working cattle, agricultural enterprises, all commercial and productive livestock, farm buildings and all processing enterprises and others were declared as shared means of production. Only households of peasants, small tools, one cow per yard, small cattle and poultry were left for personal use. Artel members were paid for their work with natural products and money, the size of which was affected by the harvest and other income of the artel, and the calculation was based on the quantity and quality of work of each collective farmer or yard. A year later, the general indicator of labor accounting and distribution of income in all collective farms by labor days was approved. Five years later, the authorities drafted a new version of the Agricultural Artel Charter. This happened at the II All-Union Congress of Collective Farmers - Strike workers. The document stated that the land belonging to the artel was given to it for an indefinite use, which means forever, as well as the exact size of the household plots, and how much livestock a peasant should keep. Amendments to the Charters of agricultural artels were made in the future.