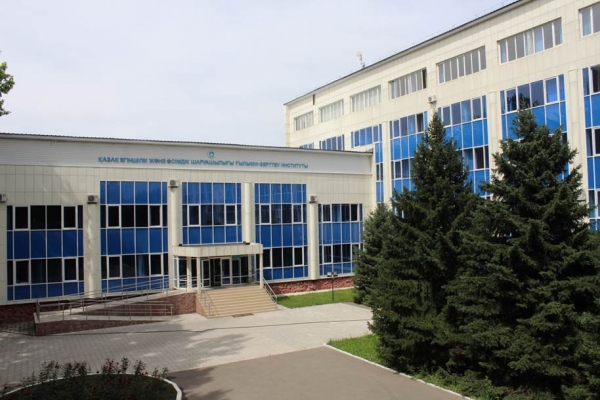 KAZNIIZR – the first and main in Central Asia Kazakh Research Institute of Agriculture and Plant Growing (KAZNIIZR) is one of the oldest and largest breeding centers in the countries of the Central Asian region. KAZNIIZR is headed by Dr. Andrey Ageyenko. Andrey Viktorovich has been in this position for more than year and a half. During this this seemingly short time a lot has been accomplished. 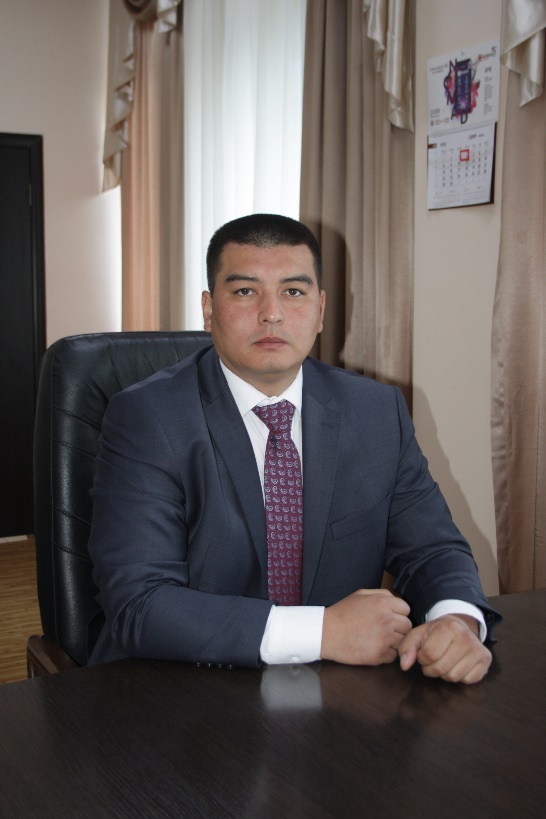 Founded in 1934, the research institute today solves the problem of providing the agricultural sector of Kazakhstan with new varieties of agricultural crops. It is in the silence of the laboratories of this scientific center for almost ninety years that competitive varieties of wheat, barley, soy, corn, alfalfa, and various fodder crops have been born. Today, varieties of all agricultural crops bred here are used by farmers in each region of Kazakhstan. In addition, KAZNIIZR wheat varieties are in great demand in Tajikistan, Uzbekistan, Kyrgyzstan and Turkmenistan. However, in addition to breeding new plant species, research institutes give paramount importance to the development and implementation of the cultivation technology of varieties bred here. Thus, the director of the center Andrei Ageyenko, says that today the farmer should not be provided with seeds, but the whole technological chain, that is, he should not only buy seeds, but should know how to sow them correctly, how to water them, how to properly care for the soil. In a word, to know everything in order to get the richest harvest. Indeed, our task is to introduce a kind of agricultural crop that will show high performance into widespread practice. Moreover, drought tolerance is important for some farmers, for some it is frost resistance, and for others the price. Mostly, agrarians acquire new varieties of crops through farmers of seed and elite farms. The Kazakh Institute of Agriculture and Plant Growing has been cooperating with them for many years.

KAZNIIZR experts are especially proud of the Gene Bank. This is a special bio repository in which the unique genetic material of plants of our country is collected. It is the only one in Kazakhstan. For twenty years now, the research institute has been trying to achieve the status of the Republican bio-repository. This would, of course, open up completely different perspectives, admits the head of the institute, Andrey Ageyenko. For now, they have been unsuccessful. Its specialists work mostly on enthusiasm. The scientists of the institute also have their own weather station, which is located in the field. Due to this station, they can measure the amount of precipitation, humidity of air and soil, temperature all year round.

The scientists of the center actively collaborate with colleagues from major research centers from Russia, Mexico, the USA, Canada, Argentina, Australia, and Great Britain. Kazakhstan breeders participate in various international and republican programs. Today, one of the key tasks before the research institute, according to its director, is to create a virtual situational center: “Together with the Research Institute for Plant Protection and Quarantine Agropark Ontustik, we are working closely on creating an online situational center. Due to its launch, all the important information, say, on the control of plant diseases and pests, when it is better to start sowing, our farmers will be able to receive remotely. We plan to use video calls for greater clarity. Our scientists will work in the center. In addition, farmers will have access to our scientific base, will be able to address questions directly to the right specialist. All this should significantly facilitate the work of our farmers”, says Andrey Ageyenko. However, this concerns the future developments, in regards to today, it is impossible not to mention the existence of a Knowledge Dissemination Center. On special applications, farmers can listen to lectures by leading Kazakhstani scientists in agricultural science. A group of students may consist of at least three people. There is even a hostel where farmers from the most separated areas can stay. It should be noted that scientists of KAZNIIZR also visit the regions. They conduct all kinds of master classes, continuing education courses.

In addition, the Kazakh Research Institute of Agriculture and Plant Growing cooperates with the Kazakh National Agrarian University and the Kazakh Agro technical University named after S. Seifullin. According to the agreements reached, their undergraduates, students, and doctoral students undergo internship. In addition, according to Andrei Ageyenko, they are currently negotiating with colleagues from Argentina, they have very good experience in training personnel in agricultural science, and similar negotiations are being held with Chinese research institutes.

KAZNIIZR is involved in the implementation of state programs. One of the latter is a program to expand the export potential of domestic agriculture. In particular, it concerns increase of supplies of soy and corn to China. The scientists-breeders of the center of the Research Institute of Agriculture and Plant Growing were given the task of developing such soybean varieties that could be grown not only in the Akmola region, but also in the southern and eastern regions of the country. Andrey Ageyenko states that: “Now scientists are working in this direction. It has already borne fruit. Suppose there are foreign varieties, their adaptation to our climatic conditions is necessary, and now they go through the entire breeding process here, in our conditions. For this, we have agreements with other institutions and peasant farms, for example, in the east. Our breeders either go there themselves or their specialists fulfill our orders”.