The "A.S.K. Kazakhstan" Company – the leader on the seed Kazakhstan market 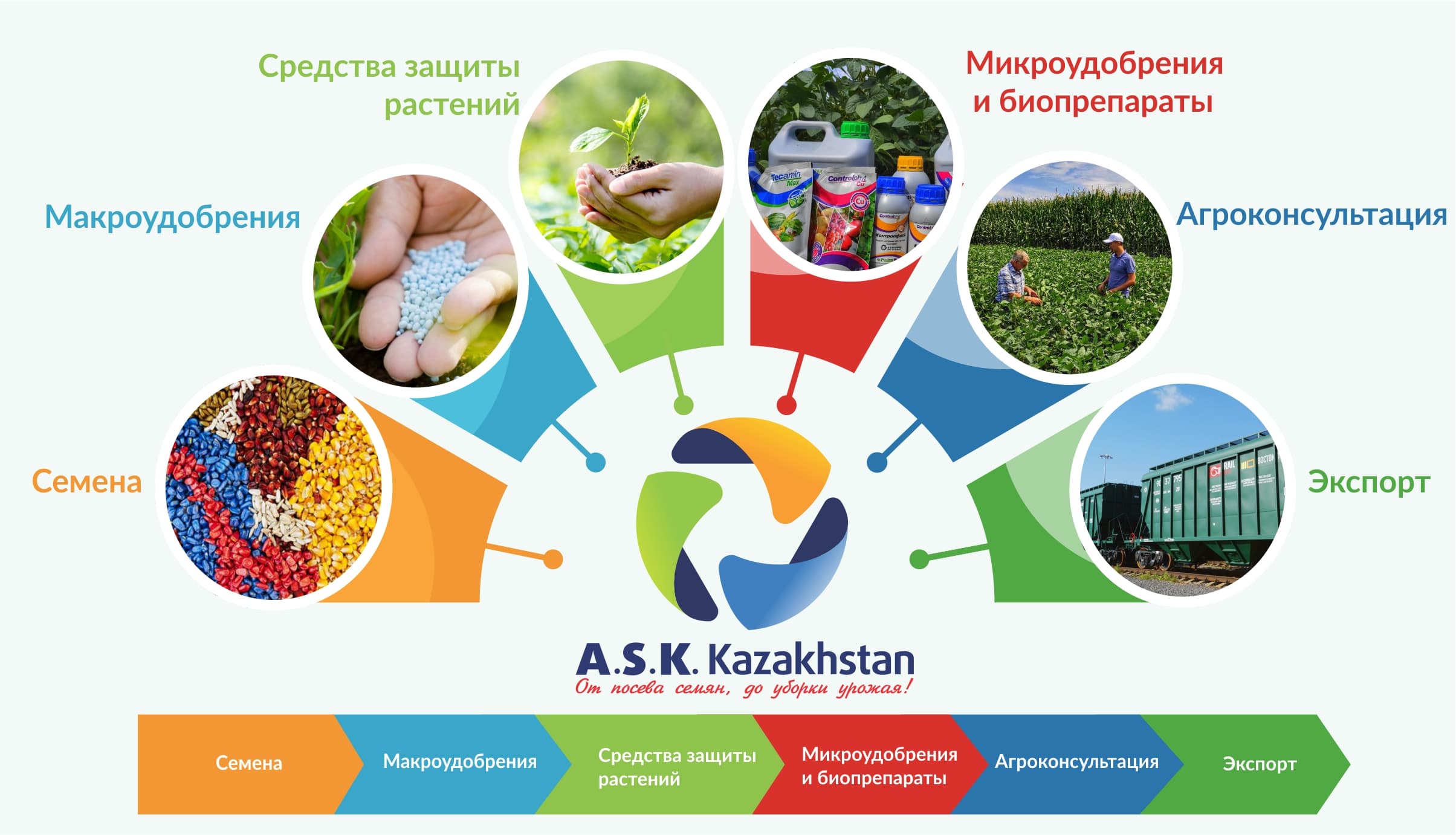 The year 2005 became the turning point for the Kazakhstan agribusiness. Fifteen years ago the local agrarians have known about the “A.S.K. Kazakhstan" company. The new player on the crop plant market has set an ambitious goal - to provide the farmers with the high-quality and high-yielding seeds of the various crops. Never before our farmers have had such an option of the wide seeds' varieties, the highly effective plant protection products and organic micronutrients.

Over the years, the benefits of the “A.S.K. Kazakhstan" products were appreciated by thousands of the owner-operated farms in various regions of the republic.

Valikhan Yergaliyev was one of those who took part in the foundation of the new agricultural company, and today he is the Commercial Director of the "A.S.K. Kazakhstan" Company. And that's how Valikhan Yergaliyev recalls the beginning of the long journey: “Our Company was one of the first in the country to supply the hybrids of the sunflower and rapeseed to the domestic market. Today, the rapeseed occupies about 300 thousand hectares of the sown area in Kazakhstan, about 840 hectares of the agricultural lands are given for the sunflower, 110 thousand hectares of the corn fields are occupied in the South Kazakhstan. We used to bring the seeds then and now processed and already prepared for the sowing from the USA, Germany, Turkey and other countries”.

The company was scrupulous about the customer service. The source nation and the big-name brand for "A.S.K. Kazakhstan" is not yet the indicator of the high quality of the seeds. The customers should be 100 per cent sure on this. Will these or other varieties of the crops suit our climatic conditions? How to find it out? Just only to check in practice. After the purchasing 25 sorts of the hybrids and varieties of the various agricultural plants and conducting the field tests for their effectiveness, “A.S.K. Kazakhstan” began to supply them to the republic.

The farmers have appreciated it

Among those who assessed the seeds' quality of “A.S.K. Kazakhstan” was Mikhail Koshalko, the Head of the farm household. The farmer admits that he heard about this company that supplies the high-quality seeds, probably ten years ago. But he was sure that this was nothing more than advertising. But eight years ago, he decided to buy the first grades of the corn seeds. And he never regretted his choice. Over the years, the corn has become the Queen of the fields at the farm of Mikhail Stanislavovich. It gives more and more crops every year. And the farmer proudly tells he has a high yielded harvest. So they managed to harvest about 17-18 tons per hectare last fall.

The "A.S.K. Kazakhstan" Company is the main supplier of the organic micronutrient fertilizers in the country

In the course of time, "A.S.K. Kazakhstan" has started to supply the various bio-products for the plant protection to the domestic market. And these products are not based on the chemistry but on the biological components. The company, from the first day of its activity, strives to use the bio-ecological clean products as the protective measures of the farm lands only by that way to save the biohumus. It is known that the humus is restored for a very long time. Valikhan Yergaliev has recounted the case:” At one of the farms in the autumn of 2018, the soil was plowed on 25 cm, and in the spring of 2019, when the strong winds occurred, the fertile layer remained for 15 cm. For 100 years, the humus accumulation is only for 3 cm, and we lost 10 cm per on year, hence have we the right to failure? It is our mission to preserve the soil fertility in Kazakhstan. We remember how in the spring of 2019 it appeared the wind erosion again in the North Kazakhstan. And many farms already continued their work in a proactive. In 2019, we tested the high-yielding pea seeds which accumulate nutrients and are the good predecessor for the other crops including cereals. We also cooperate with the Russian company "Biotechagro". It is located in the Krasnodar Territory, where the black soil depth is 1 - 1.5 meters, but still they think about the fertility preservation and the humus accumulation. Therefore, after the harvesting, the fields are treated with the bacteria such as trichoderma, which quickly destroy the stubble turning it into the humus”.

Caring for the humus does not affect the crop progress

If before “A.S.K. Kazakhstan" approached the agricultural seed market, the agrarians harvested 5 centners per hectare, 10-15 centners per hectare of the sunflower, then with the implementation of the high-quality European or American varieties of the different crops, the yield has increased significantly. For example, the rapeseed yield is about 20–25 centners per hectare on the average, the farmers of the North  Kazakhstan have harvested 25 centners of the sunflower, and in the East of Kazakhstan it was harvested 47 centners. The agrarians of Shymkent, Taraz and Almaty oblasts have harvested 17-18 tons of the corn this year. Although earlier we were happy to have 5 tons and 10 tons were about the same chance of happening. Especially "A.S.K. Kazakhstan" is proud that they managed to return the forgotten taste of the real potato. They were one of the first to work with the German company “Norika”. The company is known for its selection of potatoes and supply of its seeds. During the Soviet years, this company supplied the seed-potato to Kazakhstan. The "A.S.K. Kazakhstan" company not only supports the domestic farmers grow the excellent agricultural products, but also assist with their distribution. Today, thanks to the support of "A.S.K. Kazakhstan" our farmers supply grain and oilseeds to Uzbekistan, Afghanistan, China, and there are special demand of the oilseeds on the European market which are grown on the Kazakhstani fields.