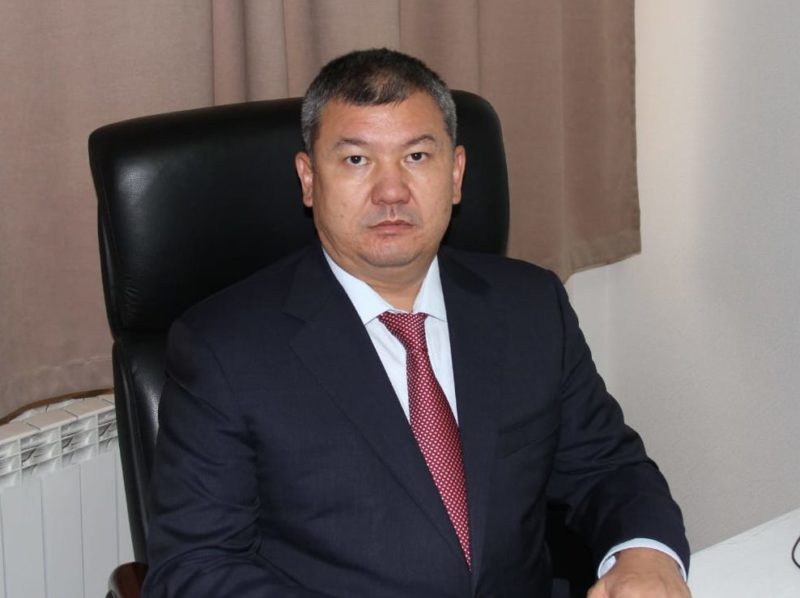 Disputes over the introduction of utilization fee for agricultural machinery are still ongoing. Some experts say that all this initiative should be curtailed as soon as possible before it manages to harm farmers and the economy as a whole, while others, on the contrary, believe that this step will help the development of domestic machine-building, and will not affect the economy and agriculture in particular.

We interviewed Adilbek Bektibayev, the executive director of the Manufacturing Union of the Republic of Kazakhstan, about the introduction of utilization fee, in which he voiced his position on many issues of interest.

How do you feel about the introduction of utilization fee for agricultural machinery in Kazakhstan?

- With regard to agricultural machinery, my position is that it is unacceptable to develop one industry at the expense of agricultural producers. Food security is more important to the state. You can buy combines, it is not something "urgent", without which the country can not do without. Food shortages or high prices with low incomes can create much bigger problems. The people do not care what kind of combine harvesters farmers use to till the land. It is important for them to have good quality food at a normal price.

The President and everyone says that the agricultural sector is a driving force for us, we have to build hubs and take other steps, but at the same time there is a utilization fee for the development of some two or three enterprises, which, frankly speaking, are not worth the money. If they were exporters, if they produced and supplied products in huge quantities, for example to China, I might have agreed if they brought a lot of money to the country.

The simplest example. Let's take all the utilization fee that they intend to take and see how much tax they are paying now. Judging by the car industry, I wasn't lazy, I looked at how many taxes manufacturers pay, how many roughly they got from the utilization fee, it's a drop in the sea! They had to pay a lot of taxes, they still put a margin, despite the utilization fee. But they don't pay anything! Where does the money go? What good does it do to the economy? Nothing!

It is not necessary to develop something that makes no sense to develop. If it is not an export-oriented production that will bring foreign currency earnings, jobs and large taxes, it is not worth anything. It is a waste of time and money, and we are not yet allowing the agro-industrial complex to develop. This is not the way to do it.

In your opinion, how will the introduction of utilization fees affect the development of the domestic agricultural machinery industry?

- We need to understand that agricultural production is not an experimental field, it is a strategic industry, which should be developed as a priority. For all other initiatives we should look at the economic effect. For instance, the automotive industry does not show any economic effect by all parameters. Now they want to do the same for agriculture, but I am sure that this is a complete utopia.

They tell us that foreign producers don't want this, they don't want that (meaning localization of the production in Kazakhstan - Author's note), but what good does domestic producers do? Do they have service centers everywhere around the fields? Do they have enough spare parts? Are they ready to compensate for losses if their harvesters break and the farmers do not have time to harvest or cultivate the land? Who will bear the risks? I think people are gambling in this aspect. I'm totally against it, even just as a person.

If people want to classify imports as local goods, then technically their numbers will change, they will show that there is a growth in mechanical engineering and so on. But there is no mechanical engineering. Any service station can supply an engine, screw on all the parts, pour in a diesel, start up and say that this is local production. But then all service stations should be recognized as manufacturers of goods, give them some tax benefits. If the initiators of recycling want to attribute such an assembly to our goods, then, of course, the figures will increase. "Kirovets" in Russia was dismantled, but we have assembled - well done, produced.  Can't they learn how to weld cabins? If they did something, it's different, but I can say that they will get to the engine in 300 years. What kind of mechanical engineering is this? Look at the car manufacturers, they haven't done anything in 10 years. So, these (agricultural machinery factories - Author's note) will now sit on the shoulders of the agricultural producers and leech money. De facto there is no use for land cultivation, but de jure they will now consider all imported machinery to be local production. That's all. For a nice report, that's fine.

Now there are a number of opinions, including those of "Atameken", that the utilization fee should be abolished. How real, in your opinion, is it? To what extent is it necessary, until the amendments have yet to come into force?

- I believe that the utilization fee for agricultural machinery should be abolished, the orders should be suspended. The relevant articles from the new Environmental Code should be removed while it is in the Majilis. Purely to support the business, you can agree that there is a utilization fee for cars, and even at that you need to look at the rates of utilization fee, how much they are overcharged, it can be halved. There are consumers there, the population, you can develop this area. And as for agriculture, when one industry must suffer because of another - it is wrong.

You can't touch the agricultural sector. Subsidies are not only about development, job creation and so on, but also curbing the rise in food prices. When we have a minimum wage of 5 thousand dollars, let them do what they want, but in the current circumstances it makes no sense.

What alternative steps could be taken to develop the domestic machine-building industry?

- Many different programmes can be devised to support the domestic machine-building industry. The state can give soft loans, increase subsidies to domestic producers. Now there is a general subsidy of 25%, so let them make 35% for domestic machinery. Whoever wants to buy it, they will benefit from it. We only need to go this way, we can not just take it and pin the utilization fee. A farmer does not know how to raise his head with this quarantine, because of prohibitions on grain export, so many have suffered losses, and now they want to keep the utilization fee. This isn't right.

Increase the subsidies, for the rest give a soft loan at 3%, then farmers themselves will run to buy domestic equipment. They'll be interested. In general, there are many tools how the government can support domestic machine builders, but by other methods.