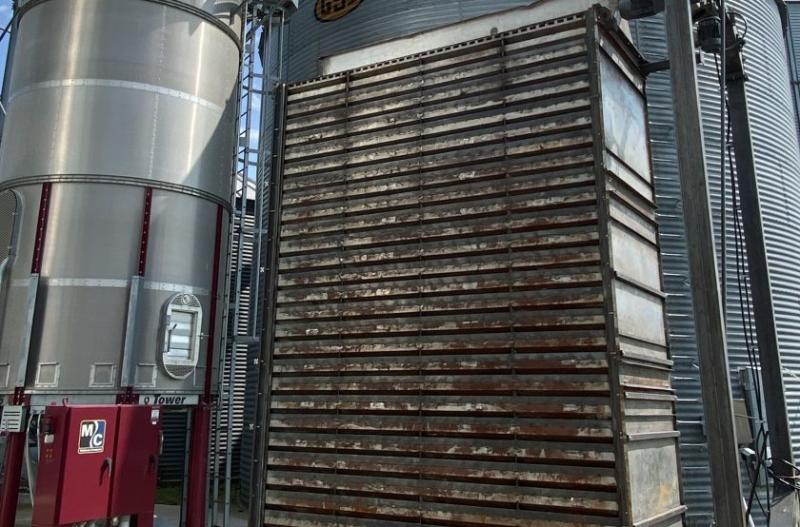 Americans have once again proved that the market of scientific developments in this country is expanding every day. This time they presented to the attention of grain processing companies a new method of drying grain, reports World of NAN.

The developers suggest using radio waves for drying grain, excluding the high-temperature treatment, which is practiced all over the world. The authors assure that radio waves are very economical and help reduce the cost of both large enterprises and small farms, which may be interested in the new system.

At the presentation, the authors of the DryMax Solutions system noted that the proposed method has been tested in England, which produces drying of grain in large batches. On English dryers, as reported by the authors of the development, mainly uses continuous flow technology. In addition, they also dry grain on so-called "drying boards".

How do these systems work and what can the development of the Americans bring to this process in a unique way?

Most often, the drying process takes place immediately after the harvest, when the humidity of the grain is high. In a continuous flow system, the grain is moved through the dryer, using special conveyors for this purpose. The grain in the dryer literally absorbs the hot air. It is sent to storage after it is completely dry.

And the drying boards are raised wooden floors with a tunnel in the middle. Built-in fans blow air through the tunnel and out under the floor. In this way, moisture is slowly removed from the grain.

An alternative to such drying methods, which cost a lot of money, there is a new system aimed at reducing energy consumption through the use of radio waves. By the way, the energy efficiency of the method is very relevant now, when electricity tariffs are increasing worldwide.

In addition to economic costs, manufacturers note other risk factors. It is believed that prolonged heating leads to a loss of wheat quality and protein reduction. Grain cracking, over drying are not excluded either.

So far, radio wave dryers are used at some facilities in the U.S. and Canada. However, the authors intend to enter the world market, the participants of which, in their opinion, should be interested in a less expensive type of grain drying.

Kevin Eichhorn, the developer of the new system, says he has long been looking for a way to dry grain without heat. Kevin notes that drying with radio waves and diverting water from the inside is a much more efficient way, because traditional methods dry the grain by making it dry on the outside while it's still relatively wet on the inside. The lack of temperature difference between the inside and outside helps maintain quality and reduces the risk of cracked grains, he says, and allows the crop to dry much more evenly.

The authors also emphasize the environmentally friendly side of the product. The company aims to eliminate carbon dioxide emissions, reducing the annual use of propane, which is one of the main benefits of drying with radio frequency technology.