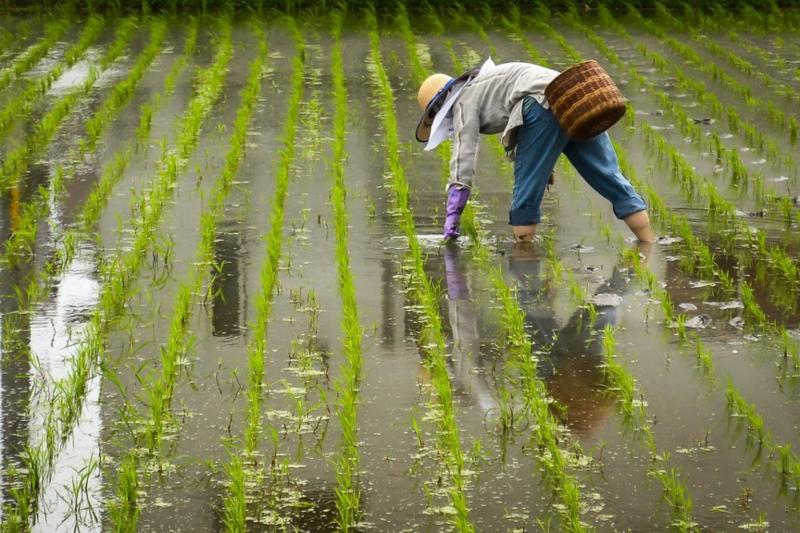 In Japan, everyone who engages in agriculture is called a farmer. The difference between them and farmers in other countries is that some grow vegetables and fruits for their own use, while others sell them.

Japanese agriculture is very well subsidized and protected. At the same time, only 20% of the land is suitable for farming. But thanks to modern technology, the local population has learned to get two or three crops a year, as a result of which Japan is recognized as the most productive country.

In Japan, due to climatic features, agriculture is mainly developed. The size of the arable land of a peasant farm is on average 1.8 hectares.

Japan is characterized by intensive agriculture, due to limited land resources. Many farms are located on hills, slopes of mountains. This makes it difficult to move agricultural machinery, so farmers often do without special equipment, using only natural or chemical fertilizers when cultivating the land.

However, in recent years, the country has noted a decrease in arable land. Experts in the agro-industrial complex attribute this to the gradual transition of indigenous people from the traditional diet to the Western diet. For example, Japanese consumption of rice has now decreased by half. And consumption of meat and dairy products, on the contrary, has increased. Also specialists call one of the main reasons the decrease of Japanese interest in agriculture and urbanization. At the moment the agricultural sector is mainly occupied by the elderly people.

The Japanese are not as eagerly engaged in cattle breeding as they are in farming; however, as mentioned above, due to the demand for meat and dairy products, cattle breeding has received a new impetus for development.

It is mainly practiced on Hokkaido Island. Pig breeding is popular in the south of the country, and poultry breeding is developed in the suburbs. The Japanese also raise cattle in small quantities. Feed for animal husbandry is imported from other countries.

Fish comes second after rice in the Japanese diet. According to the statistics, every Japanese consumes more than 160 kg of fish annually. The locals spend about 16% of their annual income on food.

The traditional branch of Japanese agriculture is processing of seafood and fishery. Tuna, mackerel, anchovy, squid, crab, etc. are most often caught in the country. Pearl fishing, seaweed and clam harvesting are also popular in Japan.

Aquaculture has become a popular fishing activity in recent years. The Japanese artificially raise fish in rice paddies and lakes. But despite its own fishery, the country is considered a record-breaker in the import of fish and seafood. This is due to international restrictions on territorial waters and exclusive economic zones. It is because of these restrictions Japanese fishermen cannot fish in the waters of the Pacific Ocean. Large quantities of seafood are imported to Japan from the United States, Peru, Chile and China.

The Japanese are characterized by a keen sense of duty and collectivism. Many believe that agriculture, including rice farming, which has been elevated to a special cult in Japan, has played no small part in this. It is believed that the willingness to sacrifice personal interests for the common good was inculcated in the Japanese through the collective labor of rice farming, which required much patience and effort.

International agricultural analysts have already raised the question of the advisability of the Japanese switching to more profitable crops than rice due to the shortage of farmland. It was advised to grow fruit under the film, with rice imported from other countries. But the leadership of the country felt that importing the crop from abroad would lead to the collapse of rice production. In addition, the government considers this issue as an issue of food security of the country and puts it above economic risks.