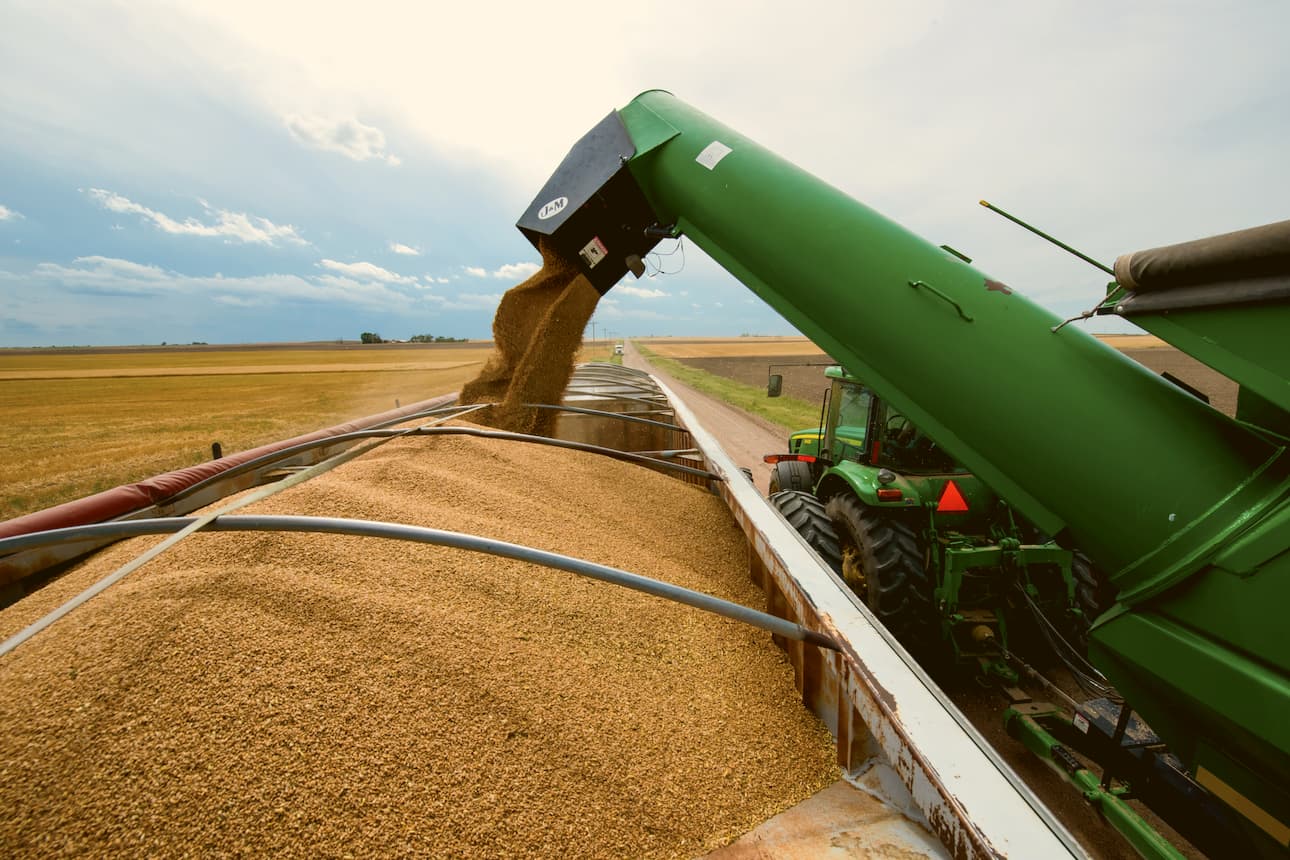 This year, harvesting activities in the country started on time, with a higher campaign rate than last year. This was reported to a World of Nan correspondent by the press service of the Ministry of Agriculture of the Republic of Kazakhstan.

Thus, according to statistics, the total area under crops this year was 22.7 million hectares, which is 439.2 thousand hectares more than last year.

"To date, a total of 7.9 million ha of cereals and leguminous crops or 50% of their total harvest area have been harvested in the Republic, while last year 5 million ha or 33% were harvested on the same date. With an average yield of 11.9 c/ha, 9.4 million tonnes of grain were threshed," reported the Ministry of Agriculture.

The ministry stressed that ensuring the country's food security is one of its top priorities, given the situation with the coronavirus pandemic.

"The measures taken by the state, despite the inclement weather conditions of this year, allow us to expect the volume of grain production at the level of last year: the forecast for 2020 is 17.9 million tons, while in 2019 17.4 million tons were harvested. It should be noted that the projected volumes of grain production will not only fully meet the domestic demand of the country, but also allow to ship certain volumes for export", - noted the Ministry of Agriculture.

At the same time, according to the information of the Ministry, this year's export strategy will not differ from last year - it will be aimed at maintaining dominant positions in traditional markets, which include Central Asian countries (Uzbekistan, Tajikistan, Kyrgyzstan, Turkmenistan), as well as Afghanistan and Iran.

The export potential for the 2020/2021 marketing year is expected to be around 7.5-8.0 million tons, including flour.

It should be noted that Kazakhstan adopted this export policy in 2019 due to the reduction in grain production.

The summer season last year was hot and dry, which resulted in lower yields. Kostanay region was hit particularly hard, where average yields were almost twice as low.

In addition to the abnormal summer heat, there was prolonged rainfall during harvesting work, which had a significant impact on both grain quality and overall yields - an estimated 3 to 5 c/ha was lost due to shattering in some regions.

Previously, in 2018, the Ministry of Agriculture was tasked with expanding export destinations, particularly to China, where grain supply has been steadily increasing in recent years. At the same time, agreements were reached to export high-quality Hi-Pro wheat and barley to this country.

It is not yet clear whether Kazakhstan will be able to ensure exports in this area this year, given the overall forecasts for the harvest.

President Kassym-Jomart Tokayev, in his Message to the Nation on 1 September, also touched on the development of agriculture.

He noted that such key problems as limited access to land, lack of accessible " long-term " money, shortage of professional staff still remain unresolved in this area.

"Urgent measures are needed to increase productivity, move away from resource-based activities and develop storage and transport infrastructure. Seven large production and processing ecosystems can be formed in our country: meat, fruits, vegetables, sugar, grains, oilseeds and dairy products. Large projects should play a key role as a central element of generating added value," the President of Kazakhstan said.

According to the Head of State, the potential of personal subsidiary farms should also be effectively used. Involve them in creating regional food hubs.

"Scattered personal farms are actually on the verge of survival. We cannot talk about high productivity, product quality and regularity of commodity deliveries. Hence the low competitiveness and high imports. The cooperation preserves all rights to land and assets, while at the same time it helps consolidate the efforts of many farms in purchasing raw materials, producing and selling products. It is no secret that hard work in the countryside is valued at an extremely low cost, and the main profit is made by the resellers. Therefore, as part of subsidy and tax benefits programmes, a package of measures should be prepared to stimulate cooperation in rural areas," Tokayev said.

The President emphasised that in the light of the expiration of the moratorium on the sale of agricultural land in 2021, the Government will have to develop new forms of their involvement in full economic turnover.

According to the Head of State, technologically outdated irrigation systems also remain a serious barrier. Water loss is as high as 40%.

"Such indicators are unacceptable for a water-deficient Kazakhstan. It is necessary to ensure the legal and regulatory administration of this sector, as well as to develop economic incentives for the introduction of modern technologies and innovations," concluded the President and instructed the Government, together with businesses, to begin developing a qualitatively new National Project for the development of the agricultural sector.

We can only hope that the President's instructions will give a new impetus to agricultural development, which in turn will lead to an increase in productivity, exports and product quality, as well as an increase in the incomes of ordinary farmers.