Alexander Barayev is defender of the virgin land 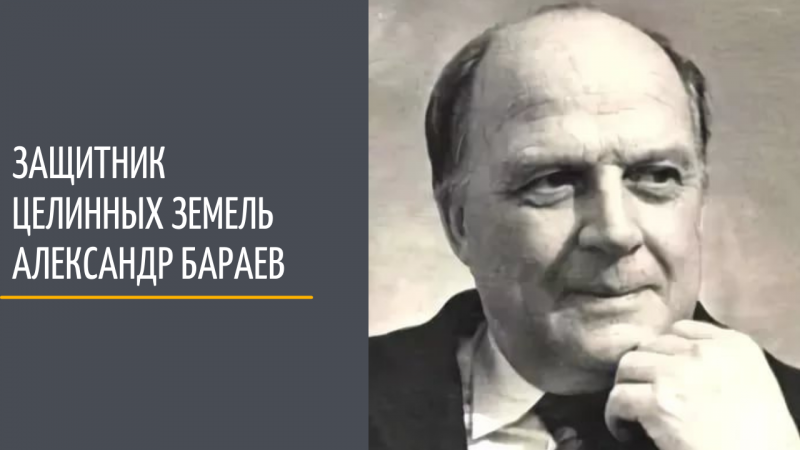 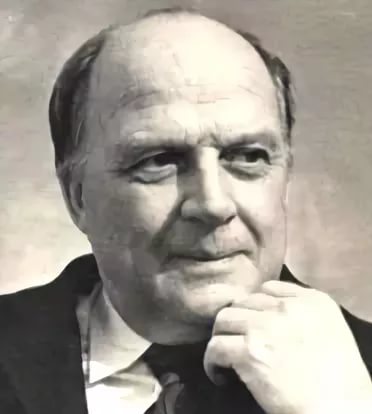 Alexander Barayev, the future outstanding agronomist, who predetermined the development of the agriculture not only in Kazakhstan but of the other states in the former USSR, was born on July 16, 1908 in the family of the St. Petersburg railway employee. But he did not live in the city. Almost immediately after his birth, the family moved to the village – the current Vologda Oblast of Russia. They settled at the distance of eleven kilometers from the Onega Lake. It was easier to put food on the table in the village. On that particular years, the future academician experienced what it means to garden, grow and save the crops in the severe frost conditions. He had to work from dawn until nightfall. The strong-willed personality of Alexander Barayev was formed in that challenging environment. This later helped him with the «armchair warriors» in Alma-Ata and Moscow when he had to uphold the conservation cropping system. But it will happen the decades later. In the meantime… In 1923 the family moved to farther south - the village of Sarma, the Saratov oblast. There, the head of the family, Ivan Barayev has joined the agricultural commune – the prototype of the future collective farm. Over the time, he became its chairman. The son did not stay on the sidelines and began to actively help his father to have things getting better in the village. Young Alexander got involved in the public life. After high school, he was among the few who were sent by the assignment to the Kuibyshev Agricultural Institute.

Strived to work in the field

After obtained the diploma in 1930, the young specialist strived to work in the field in order to put into practice the knowledge he gained. He was dispatched to the Leninsky state farm of the Chapaevsky region, the current Samara oblast, Russia. But the reality deflated the hope of the yesterday’s student. Thus, he himself has realized that the scientific and research path could bring much more benefits for the agriculture. A year after he returned to his institute where he was gladly met. From that time Alexander Barayev has started his scientific career. And after the three years, he again has burnt with working in the field. He was sent to the Bezenchuksky experimental station. He had a wife and a daughter to that time. Just so the young family moved to the village. In 1936, the prominent scientist Nikolay Tulaikov,the head of the experimental station, seeing the irrepressible impulse of the young specialist, advised him to work at the Uralsk plant-breeding station. Moreover, Barayev was already invited there. And he accepted the invitation. The very next year, he got the new post - the deputy director of the station for science. But there he got into difficulties. The climate in Western Kazakhstan, despite its vicinity to the Volga region was different, drier, sharply continental which made the own impact. Barayev emphasized the main problem in it. It will take years of the hard work to find the solution. And not only in the silence of the laboratories but also in the field. The success of the young scientist were soon noticed in Moscow, by that time he had already passed his Ph.D. defense. Barayev was invited to work in the capital - in the Ministry of Agriculture as the head of the varietal department. But the high ministry rank did not please him. A man who has grown on the land will always strain after his roots. In 1950, he returned to the experimental station in Uralsk, but in the new capacity as the head. We have come to the Alexander Barayev's main stage in the professional life – the development of the virgin and disused lands. By that time, he had already taken the charge of the Land Husbandry Kazakh Institute and knew perfectly everything about the soils of the republic.

The Virgin Land salvation is in the soil protection technologies

In the first half of the 50s, they talked more repeatedly about the Virgin Lands. The country needed grain. Then, it was widely assumed that the Virgin Land was raised hastily, sometimes neglecting the balanced and rational approaches to this issue. Alexander Barayev was among them. Just take the methods of work in the Kazakh steppes during the virgin epic. That times it was mainly used the moldboard plows that was big with consequences – the wind erosion has arisen on the land cultivated thuswise. In simple words the fertile soil layer was just blown away by the slightest puff. Barayev’s concerns were justified. Indeed, the country has received the long-awaited virgin grain in the first years. But due to the applied working methods, the volume of the harvested grain fell sharply after some years. It was necessary to somehow solve the problem of the wind erosion. Otherwise, the steppes of Kazakhstan could simply become unsuitable for any land husbandry after the several years of such a thoughtless approach. And Alexander Ivanovich, who always advocated for the development and active use of the conservation farming, was looking for the solution of the existing problem. The scientist studied the experience of the foreign countries that have faced with the same problem. The experience of Canada was noteworthy where in the 1930s the wind erosion just made the thousands of hectares of fields unsuitable for the agriculture. In 1957 he went in the Soviet mission to the several provinces of Canada where he personally saw how they struggled over the soil erosion. The issue was decided at the legislative level – it has been adopted the Law «On Soil Protection». The farmers were obliged to work in the field so that the stubble and straw were left after, the agricultural belt placement was used so it finally yielded fruit. Also he saw there the modern soil-protecting equipment. All this multiplied by many years of experience and great scientific work has yielded fruit. Directed by Barayev it was developed and successfully implemented the four generations of the anti-erosion equipment. Alexander Ivanovich became the Doctor of Agricultural sciences, the Academician of the All-Union Academy of Agricultural Sciences, the Laureate of the Lenin Prize and the Hero of the Socialist Labor. The scientist has gone on September 8, 1985. Nowadays the streets in Nur-Sultan, the capital of Kazakhstan and Shortandy settlement have been named after him. 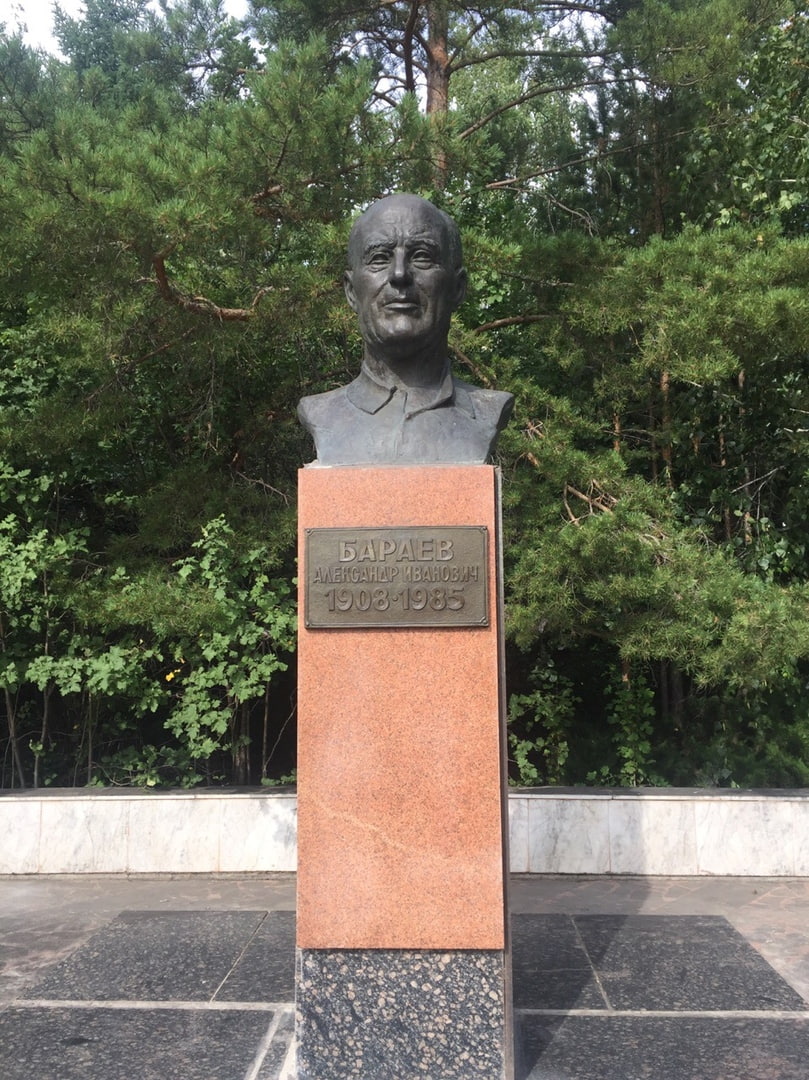 Nursultan Nazarbayev, the first President of Kazakhstan, the Leader of the Nation – Yelbasy paying tribute to the talent of the eminent scientist, said: «The soil-protection farming system developed under the guidance of Alexander Barayev, the Academician is the outstanding world-class scientific solution. His insistence and the strong stand are the true civic achievement. The name of this outstanding scientist will be always remembered by Kazakh people as the chief agronomist of the Virgin Lands and as the main defender of our fields from the steppe winds.»