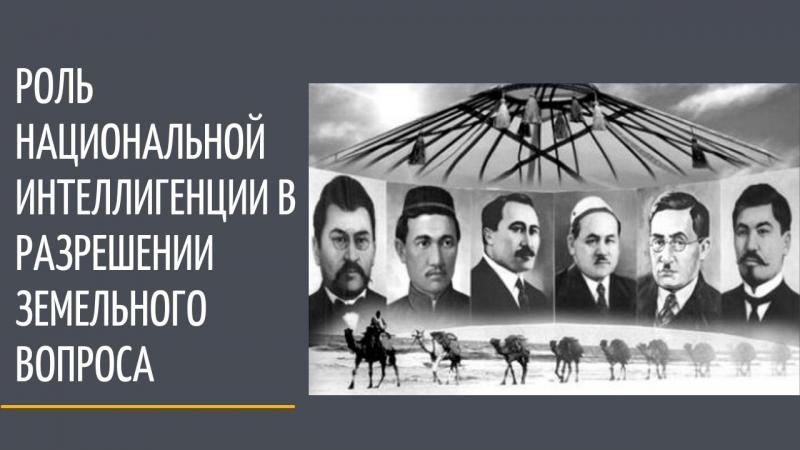 The February and October revolutions inspired hope within the representatives of the Kazakh national intelligentsia that the sensitive issue for the Kazakhs, the land issue, would finally be resolved. Moreover, the new Russian authorities gave plenty of reasons for that. And it resonated. Thus, one of the leaders of the Alash party and the commissar of the Provisional Government in Kazakhstan, Alikhan Bukeikhanov, addressed the people with "Kazakhs - Free Citizens of a Renewed Russia." In this important document, this outstanding public figure in particular stated: “... It is necessary for the Kazakhs to organize to support the new system and the new government. We need to work in contact with all nationalities who supported the new system. Our slogan is unity and justice. Discuss the land issue with all haste. Our slogan is “Democratic Republic” and land to those who derive income from it through livestock raising and farming”. Moreover, at the VII Congress of the Cadet Party in late March 1917, Alikhan Bukeikhanov again raised the issue of land and made an appeal to the new authorities to return the lands illegally taken from the Kazakhs. 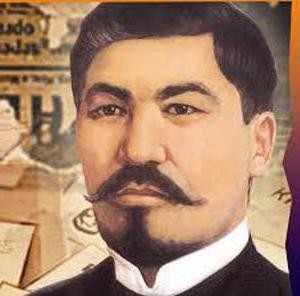 However, his plea was not supported by his fellow party members. The interim government was in no hurry to resolve the land and national issues, the question of self-determination of the peoples of Russia, which forced Bukeikhanov to leave the cadet party. He wrote about his decision in the article “Why I defected the Cadet Party”. In particular, he wrote that: “The Cadet Party stands for the transfer of land into private property. Transfer of land to private hands in our conditions will lead to the fact that after some time, as happened in Bashkiria, land will be transferred to a neighboring peasant, and the Kazakhs will turn into beggars. The Cadet Party is opposed to national autonomy. Raising the banner of Alash, we strive to create national autonomy ... The Cadet Party is opposed to the separation of the church from the state, and I support the separation of the church from the state. Disagreements over these three positions ... have come to light. Therefore, I decided to leave the cadet party and organize the Alash party.

Thus against this turbulent background, the consolidation of all representatives of the Kazakh liberal intelligentsia began. It was decided to convene the First All-Kazakh Congress. And it took place from July 21 to July 28, 1917 in Orenburg. The congress gathered delegates from all regions of Kazakhstan. The main issue that was discussed these days in Orenburg was the settlement of the land issue. It was decided to stop the forcible seizure of Kazakh lands, all land allotments that had been seized earlier, which were not yet distributed among the peasant migrants - to be returned to the Kazakhs. At the Congress, different opinions were voiced on what Autonomy should be like. For example, Akhmet Baitursynov and Myrzhakyp Dulatov stood for an independent autonomous state, while Alikhan Bukeikhanov nevertheless saw the future of his people as Kazakh national-territorial autonomy as part of democratic, federal and parliamentary Russia. It was this proposal that had the most number of supporters. Therefore, it was written down in the final document of the Congress: "The Kazakh regions," the resolution of the congress stated, "must receive ... territorial-national autonomy."

And there the establishment of the Alash party was announced. And the first paragraph of the program document of the new Kazakh national political force was: “to form the territorial-national autonomy of the regions of the Bukeev orda, Ural, Turgai, Akmola, Semipalatinsk, Syrdarya, Kazakh districts of the Ferghana, Samarkand, Amudarya departments, Transcaspian region, adjacent Kazakh volosts of Altai provinces, representing a continuous territory with a dominant Kazakh population of a single origin, a single culture, history and a single language. Creating and managing autonomies”. However, it was not possible to carry out the plan. The former Russian Empire was plunged into the chaos of the Civil War. In fact, neither the whites nor the Bolsheviks were eager to support the national suburbs in their quest for self-determination.

Second All-Kazakh Congress and appearance of Kazakhstan on the map

On November 7, the Bolsheviks made a coup in Petrograd. The power in Russia began to pass into their hands. And under these conditions, in December 1917, an emergency Second All-Kazakh Congress was convened in Orenburg. Its decision turned out to be much more decisive than the First Congress. Thus, it was unanimously decided to create the territorial-national autonomy of the Kazakhs. This was done, first of all, in order to protect the Kazakhs from the general rampant of lawlessness and the outbreak of the Civil War. Alikhan Bukeikhanov was elected the head of the new state formation, that is, the Chairman of the Alash-Orda Peoples Council. The provisional capital was determined Semipalatinsk. The Assembly was coming, at which the autonomy of Alash-Orda was proclaimed. Lenin did not want to put up with the emergence of the Kazakh state autonomy of Alash-Orda . After the establishment of the power of the Bolsheviks, work on the unification of Kazakh lands began. And the national intelligentsia again played the main role in this matter. Of course, in the context of the outbreak of the Civil War, there was no talk about the full restoration of Kazakh statehood. If only because the different regions of the Steppe Territory were part of various government entities. Thus, for example, Zhetysuy and Syrdarya regions were under the jurisdiction of the Turkestan Autonomous Soviet Socialist Republic, and Akmola and Semipalatinsk Regions were governed by the Siberian Regional Council, Bukeyevskaya Region was part of the Astrakhan Provincial Council. And only after Kazrevkom (Revolutionary Committee for the Management of the Kazakh Territory) was created in 1919 it included Ural, Turgai, Akmola, Semipalatinsk provinces and areas of the Astrakhan province inhabited by Kazakhs. K. Nurpeisov said that: "the chauvinistic elements that had infiltrated the Siberian, Ural, Orenburg and Semipalatinsk party and Soviet bodies opposed the accession of the Ural and Orenburg provinces, Kustanai district and a significant part of Ust-Kamenogorsk district ... to the Kazakh Autonomous Soviet Socialist Republic". The same difficulties were encountered upon accession of Akmola and Semipalatinsk regions into Kazakhstan. And today it is obvious that the tough position of prominent representatives of the Kazakh intelligentsia, namely A. Baitursynov, B. Karaldin, E. Ermekov, S. Seifullin, S. Saduakasov, T. Ryskulov played a key role in the current territorial integrity of our republic.