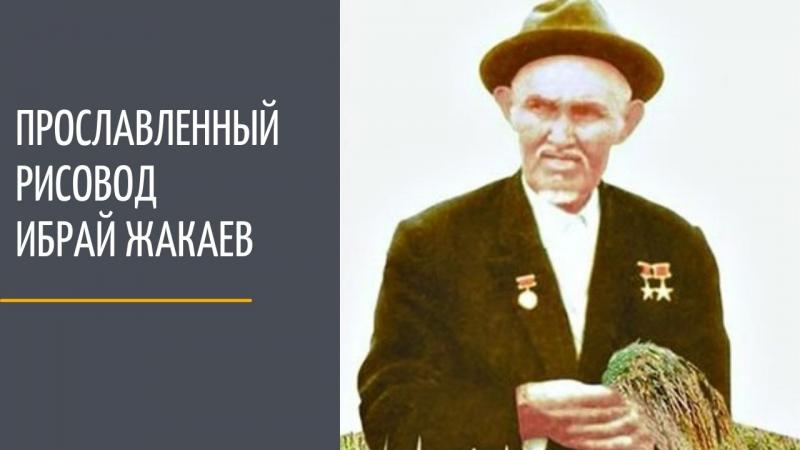 Ibrai Zhakayev is a legendary man. In many respects, it is thanks to this person that today Kyzylorda region is the main rice producer in Kazakhstan. Twice Hero of the Soviet Union, Honored Rice Producer of Kazakhstan and a talented innovator. The name of Ibrai Zhakayev was heard for the first time during the Great Patriotic War. The rice grower from faraway Kyzylorda region managed to collect 80-92 centners from one hectare and every year these figures only grew. Thus, already in 1944, thanks to the efforts of Ibrai Zhakayev, local rice farmers managed to collect 110 centners of rice from each hectare, in 1945 - 156 centners of rice. Such impressive results did not go unnoticed. Then there were 171 centers of rice per hectare, and this has already set a world record. His successes in rice growing gave rise to the "Zhakayev movement". 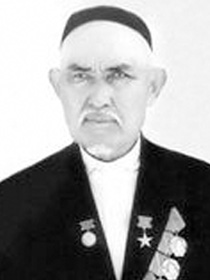 Ibrai Zhakayev was born in 1891 in aul № 8 of the present Kyzylorda region, then it was called Syrdarya province. He has always been distinguished not only by his great physical strength, but also by his passion for knowledge and rationalization. Thus, for the first time he applied his own method in his work... no, not in rice growing. In the late 30's and early 40's in his native Sheilitsky district in the vicinity of the main waterway of Central Asia - the Syrdarya began construction of 120 km water channel. About 20 thousand people were engaged in its construction. There was a lack of equipment, if not more, people had to dig a huge canal almost by hand. Among this army of workers, Ibrai Zhakayev, a man of few words, stood out. He was able to achieve great results using such an ingenious device as a ketmen or a hoe. While others were loading clay on a stretcher, Zhakayev was throwing clay right on the shore with all its might, which significantly reduced time and doubled the result of his work. At the construction of the Sheilitsky Canal no one received awards more often than he did, and they were given out every ten days. It seemed that he did not know the meaning of fatigue, sleep, he went to lunch, when others were returning, did not hurry home until he fulfilled his own plan for himself. If the weather allowed it, he could work until late at night. The local people started talking about the great strength and endurance of their countryman. His mighty strength was glorified more than once by local akyns in their works.

In 1940, a hard-working and responsible employee was noticed by the management. Ibrai Zhakayev became a member of the collective farm "Kzyl-Tu" of Shielsky district of Kyzylorda region. One can say that from this very moment a completely different life began for our hero, also filled with heroic exploits and impressive achievements in work. He considered rice growing to be his main calling. Thus, he made every effort to increase the yield of this crop in his native land. He understood that Kyzylorda region had all conditions for successful cultivation of rice. However, the most favorable natural conditions are, as they say, are only half the battle. A scientific approach was needed here. That scientific method was found, and then it would be called "Zhakayev's agricultural technology". Ibrai Zhakayev was the first to heat the seeds over the sun before sowing, introduced the principle of splitting manure and superphosphate, sprinkling, invented his own way of combating the main weed of rice fields - reed, determined the right ratio of the number and timing of fertilizers in rice crops. The fertilizers and the way he applied them to the plants are worth mentioning separately. The fertilisers were used at the peak of rice growth. He sowed in stages, not at once, but up to three times, the same principle when it was time to harvest was followed as well. The first results of such efforts did not take long to wait. If in 1942 Ibrai Zhakayev managed to collect from one hectare to 80 centners of rice, then two years later this figure exceeded 110 centers all from the same hectare. Rice rationalizer had to work on 20 hectares of land. And then, as they say, the volume of crops only grew almost exponentially.

He received his first high state award, the Stalin Prize of the third degree, in 1946 for the application of advanced methods in rice cultivation. He was one of the first in the republic to be awarded such a high state award. Incidentally, Ibrai Zhakayev made his contribution to the victory over the enemy not only in the field of rice cultivation. During the Great Patriotic War, he transferred 150 thousand rubles to the defense fund to create a tank column. In 1949, Ibrai Zhakayev set a world record, having collected an incredible 171 centners of rice from one hectare. The first title of Hero of Socialist Labor was awarded to him for his record 171 centners of rice per hectare. He has always endeavored to pass on his accumulated knowledge to the younger generation. In 1950, he even organized courses where he taught his method to future rice farmers. In February 1964, Zhakayev called out: "Young people! Silver rice fields are waiting for you". Moreover, his call was heard. The second Gold Star of the Hero of Socialist Labor Ibrai Zhakayev was awarded in 1972 for his outstanding success in working with young people. Ibrai Zhakayev died in 1981. The countrymen always remember him. Today his work is continued by his students. The Ibrai Zhakayev Research Institute operates in the region. Here, they work tirelessly on the development of new varieties of rice. One of the secondary schools of the region also bears his name, a street is named after him in the regional center, and there is a bust in his honor. The memory of him is kept in the Museum of history of rice named after Zhakayev, which was founded in 1982 in the house where he lived - the outstanding rice grower and innovator of the Kazakh people.