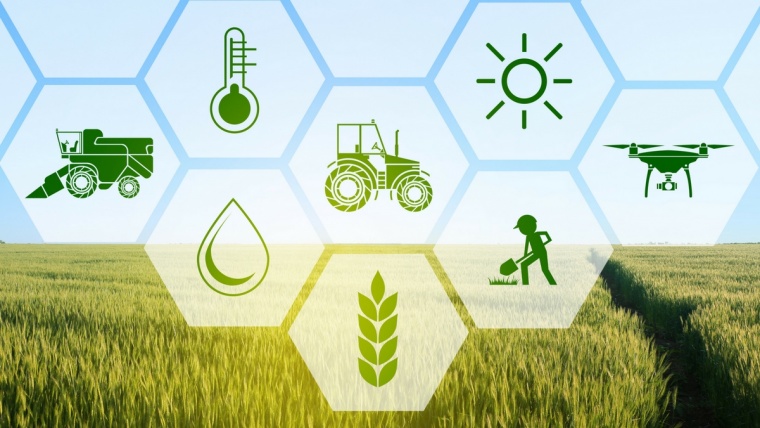 Without the introduction of high technology in the agricultural sector, success in agriculture is impossible. These are the realities of today. The experience of the leading agrarian states of the world – Australia, Argentina, China proves the correctness of this statement. Kazakhstan also does not want to be on the sidelines of this rapidly developing market. The domestic agrarian sector faces ambitious tasks – increasing labor productivity in agriculture and exporting processed agricultural products by at least 2.5 times over 5 years. We intend to achieve our goals by digitalizing the Kazakhstan's agriculture. An appropriate state program has already been developed and is being implemented in the country. At least 20 digital farms and 4,000 advanced farms are planned to be created in the coming years. Today in Kazakhstan there are 114 advanced and 10 digital farms.

In Northern Kazakhstan, local agricultural producers were divided into “traditional” ones, who work, as they say, in an old fashioned way and have only started thinking about introducing high technologies, and those who have long understood all the advantages of innovations in the agricultural sector. Such farmers are called "advanced" ones. For example, they carry out in-depth soil analysis, use GPS trackers and keep track of area weed infestation. In total, at the beginning of this year, 95% of the cultivated area was digitized in the region. In addition, this is almost over 4.5 million hectares of arable land. More than 100 farms have introduced precision farming technology. It was this technology at the pilot sites that made it possible to obtain 2.5 times more grain yield. At the same time, the costs of farmers were reduced by more than 20%. Moreover, in another peasant farm, only due to the introduction of electronic grain accounting, the write-off of the gross yield to the so-called “dead rubbish” decreased by 60%. In general, profits increased, and productivity doubled in recent years due to the application of precision farming. Farmers from other regions of the country are not far behind their colleagues. Thus, a good harvest – 50 centners per hectare were collected in one of the farms of the Karaganda region. And all due to modern technology and precision farming system. Namely, they compiled an electronic map of the fields, which allowed farmers to reduce the consumption of seeds, fertilizers, plant protection products and fuel. However, without the appropriate specialists, all the advanced technologies are meaningless. Knowledge is essential, and it is out there. Today, only at the Agrotechnical University named after S. Seifullin, together with their California colleagues, created a training center, whose specialists educate Kazakhstani farmers and in practice help to master precision farming technologies. Incidentally, more than 800 farmers received new knowledge on how to effectively use new technologies.

What kind of miracle technology is this “precision farming”? This method is based on a deep and thorough analysis of soil composition. If an analysis is usually carried out and often only on a specific plot of land, then with precision farming, soil samples from each hectare of the farm are examined. That is precisely why it got its name. It allows you to determine in more detail the required volume and composition of fertilizers, in addition, with this method you can choose the most optimal way of cultivating the land. As part of the introduction of precision farming, 3 levels of farms were defined: a digital farm, an advanced farm, and a basic farm, for which a set of necessary elements is defined.

It is planned to simplify the procedures for obtaining public services for the farmer by automating them. Incidentally, by the end of this year, up to 80% of all public services will be automated, and by the end of next year - 100%. Thus, in the system of electronic grain receipts the following are implemented: online monitoring of grain balance, statistics on grain prices and rating of receiving points. Thus, the costs resulting from the digitalization of agriculture in Kazakhstan will be reduced by 25-30%, and productivity will increase by 30-50%. In accordance with the state agribusiness development program, the expected GDP growth is over 3 trillion tenge, in which the effect of the digitalization of the agro-industrial complex will be 30% or about 1 trillion tenge.