Brezhnev and the virgin land campaign 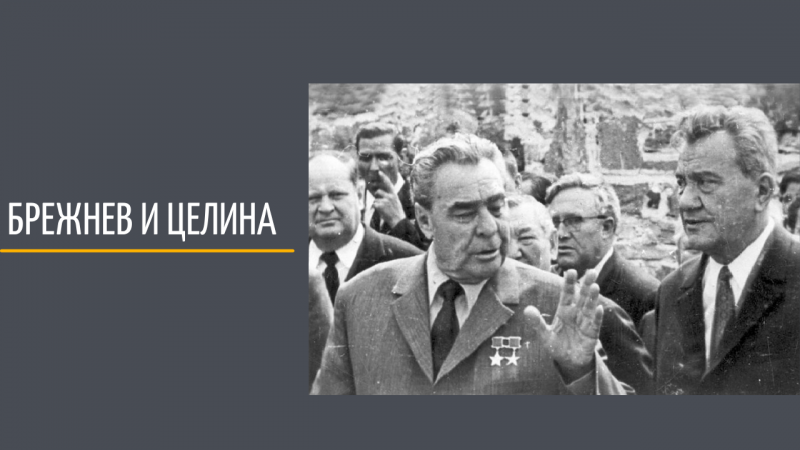 Leonid Brezhnev, in his "Memoris" wrote that he had already heard about the development of the virgin and unused lands, but this did not go further on the sidelines. On January 30, 1954 it happened the personally memorable meeting of the Presidium of the Party's Central Committee. The meeting was personally led by Nikita Khrushchev, the First Secretary of the CPSU Central Committee. The conversation promised to be serious. It was the first year passed without Stalin. The struggle for the power in the country was left behind. The new leadership of the Soviet Union had to solve the current issues of the multi-million country. The first and the most important issue was to feed the people. For several years, there has been the decline in agriculture. The solution for the food issue was found on the virgin lands, the great outdoors of Kazakhstan, Siberia and the Volga region. And that's what Leonid Ilyich said: “This was not the first time I heard about the virgin lands but the news was that i will be entrusted with the mass plowing of the virgin lands. It should start in Kazakhstan in the nearest spring, the deadlines will be short and the work will be difficult - they did not cover up it. That was the most responsible task given by the party.... ".  Brezhnev was sent to Kazakhstan together with Panteleimon Ponamarenko, the Minister of Culture of the USSR. Leonid was 47 years old at that time, and Panteleimon Kondratievich was 52 years old.

On the virgin lands…

They were going not so long. On February 5, the 9th plenary session of the CPC Central Committee was held in Alma-Ata. The participants discussed the further development of the USSR agriculture. And that's when the public in Kazakhstan first heard about the development of the virgin and unused lands. Also at the meeting, Ponomarenko was elected as the First Secretary of the Communist Party of Kazakhstan, and Brezhnev as the Second Secretary therefore. Ten days later, the VII Congress of the Communist Party of Kazakhstan was urgently convened in the capital of Soviet Kazakhstan. The delegates of the Congress brought Ponomarenko and Brezhnev into the Central Committee of the Communist Party of the Kazakh SSR. And most notably, they unanimously considered the work of their predecessors in the agriculture as unsatisfactory. It was approved "Yes" to the development of the virgin lands at the same Congress. The 1954th year promised to be difficult both for Kazakhstan and for the entire huge country. It was formed the unofficial "virgin lands" headquarters for the implementation of the tasks assigned by the party. And if Ponomarenko has guided the process from the Alma-Ata office, then all "dusty field" work rest on the Brezhnev's shoulders. Sometimes, he had to hold the meetings right in the field. Later, Leonid Ilyich himself and his associates remembered he never worked so hard as at the virgin lands. On certain days, it had to spend 15-16 hours on the feet. And such dynamic process persisted from the spring of 1954 until the summer of 1955. And really, the huge amount of work had to be performed. Indeed, the virgin land was not only the plowing of the huge steppe. It was necessary to solve the many related issues. For example, to organize the work of the dozens communal farms in different regions of the republic. In 1954 it was established 90 grain communal farms in Kazakhstan. Brezhnev had the objective to provide them with the special machineries and qualified personnel in due time, and build granaries. Thus, the republic was allocated over 170 thousand tractors in the first three years of the virgin land development. Not to mention the fact that it was necessary to provide the villages with electricity, equipment and fuel. There was a big concern where to accommodate the hundreds of thousands of the volunteers who responded to the party’s call and came to the virgin lands. In the early years, 650 thousand people came to Kazakhstan. It was lack of the elementary things like the beds, mattresses, pillows and bedding. The workers often shared the room of 8-10 people and had to sleep 2 persons per bed. In addition to the houses and roads, it was also needed to build hospitals, schools, kindergartens and cultural centers. About 10 billion rubles were invested in the technological infrastructure of the collective and communal farms and in the construction of the various facilities. But despite all the efforts the nature has intervened. 1955 was the very dry year. People remembered there was no rain on the virgin lands during the summer. Thus they did not get the planned harvest. It was harvested only 2/3 of the gross grain volume in the five virgin oblasts and the yield was only 2.9 centners per hectare. This was despite the fact that the sown areas were doubled. But it had laid the groundwork in that regard.

On August 6, 1955 it was held the plenum of the Communist Party of Kazakhstan. Leonid Brezhnev made the informative report on the work done. The perspective tasks were assigned at that time. But the summary of that plenum was the ejection of Panteleimon Ponomarenko from the head of the republic with the wording "due to a transfer to another appointment." Leonid Brezhnev was elected as the New First Secretary of the Communist Party of the Kazakh SSR. The second secretary of the Central Committee was appointed Ivan Yakovlev. But still Leonid Ilyich was responsible for the virgin lands campaign. Although the new plowed areas were reduced but the work has not diminished. The farmers of the republic were preparing for the sowing season of 1956. Thousands of brigades have been working on the plowed 20 million hectares. The virgin land campaign turned out to be the main focus at the VIII Congress of the Communist Party of Kazakhstan held in late January 1956. At the plenum of the Central Committee after the congress, Brezhnev was again elected as the head of the republic. 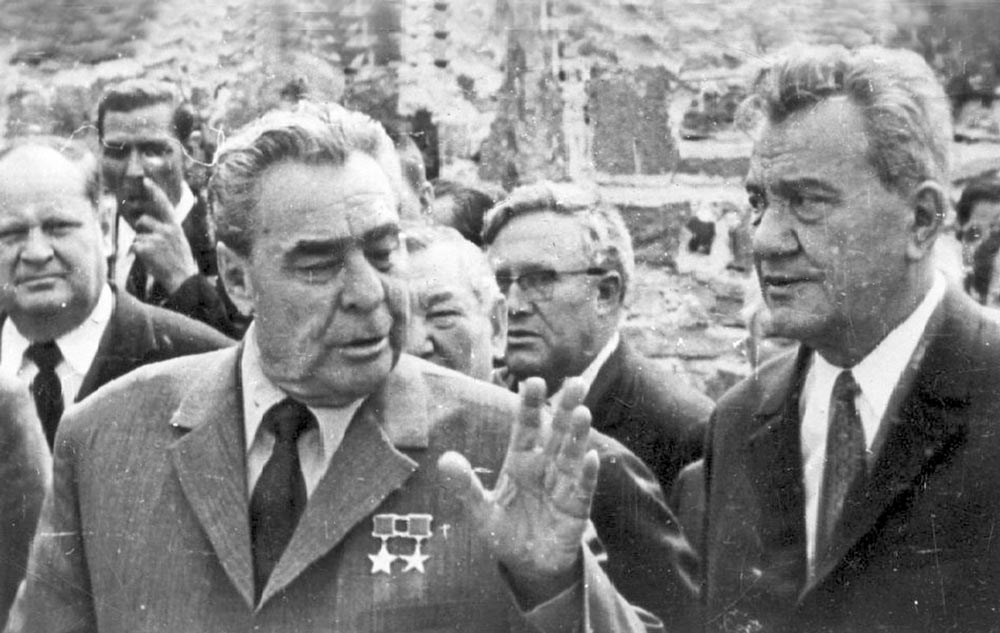 At the same plenum, Dinmukhamed Kunaev was elected to the Bureau of the Central Committee of the Communist Party of Kazakhstan. Very soon Dinmukhamed Akhmedovich became the right-hand man of Leonid Brezhnev. Even more - they became friends. Until the very last day of Leonid Ilyich, he remained one of his personal friends.

Without slowing down the fast pace, Leonid Brezhnev had been monitoring the development of virgin lands. As before, he had to solve the issues almost on the go, in the field, in the train, in the car, in the airplane. Someone even estimated that for two years from 1954 to 1955, he had visited by the helicopter about 500 virgin communal and collective farms being the head of the republic. Here are some more interesting statistics on the mobility of the First Secretary of the Communist Party of Kazakhstan. It took him 500 days in the trips from 730 days he was in the charge. Many said that Brezhnev was in the right place at the right time that predetermined the success of the entire virgin lands' development program ... And if in the first 1954 year of the virgin saga more than 8 million hectares were developed when 6,8 million  hectares were declared, then already in 1956 27 thousand hectares of the wheat fields were waving, it was four times more than in 1953.

P.S. In 1978, the "Tselina", one of the three books of Leonid Brezhnev’s memoirs went out. The author remembers the years spent on the Kazakhstan virgin land calling it one of the greatest events in the history of the Soviet Union. And the largest share of the facts, figures and documents relate specifically to Kazakhstan.