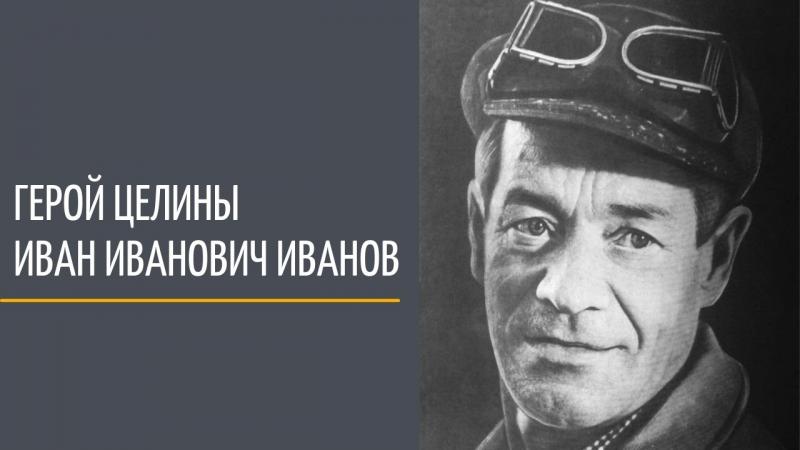 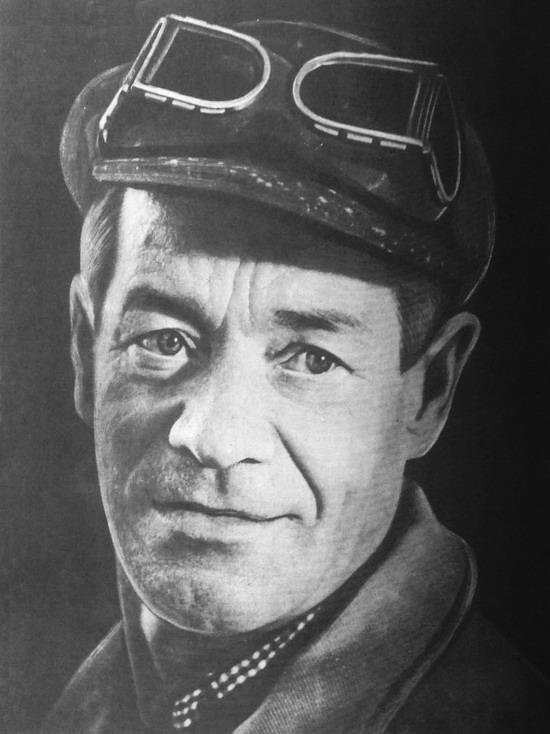 The name of the famous pioneer virgin lander - Ivan Ivanovich Ivanov, was once known to the entire vast country. Detailed newspaper publications were written about him, and not only Kazakh publications, but also the central press. Books were dedicated to his labor and life achievements. Incidentally, the CPSU Secretary General Leonid Brezhnev wrote about him in his work " Tselina". He became a hero of documentary films. For his labor accomplishments Ivan Ivanovich was awarded with all kinds of awards: Knight of the Order of the Red Banner, Red Star, Patriotic War of the first degree, was twice awarded the Order of Lenin, October Revolution, and in 1972 received the star of the Hero of Socialist Labor. On 14 September 1922 Ivan Ivanov was born in distant Leningrad. His family had nothing to do with agriculture. His father was a worker of the legendary Putilov factory. Nor did the future conqueror of the virgin lands himself associate his fate with agriculture. He dreamed of the sea. He even enrolled in a shipbuilding technical school. However, the dream of the sea remained just that, a dream.

The life of a nineteen-year-old boy, like the life of millions of Soviet people, was plunged into war. The young man departed to defend his native Leningrad, which Hitler's troops managed to surround quickly enough. He was wounded twice. The first time the enemy bullet reached the soldier of 576th shooting division of Ivanov in the battle near settlement Nevskaya Dubrovka. The wound was not so severe and very soon, the soldier returned to the ranks. However, the second wound was very dangerous for him. In battles on the "Nevsky pyatochok" in autumn 1942 a mine exploded near him. The shrapnel hit his legs. Thus, in the battles for the liberation of besieged Leningrad our hero lost both legs. Everyone who was near died. The crippled Red Army soldier was sent for treatment to the deep rear - to the Alma-Ata hospital. It was here, overcoming the monstrous pain, he learned to walk again. Ivan Ivanovich has not returned to his native city of three revolutions, and stayed in Kazakhstan. In 1944, he was sent to restore his health in Osakarov district of Karaganda region.

Kazakhstan was the beginning of a new life.

The soldier of the Great Patriotic War could not sit idly by. The career of our hero began in the village "Kollektivnyi". It was still a long way to the virgin epic. He was entrusted to bring water to the workers of the collective farm. He transported hay. But this was not what a native of Leningrad wanted, having found himself in far Kazakhstan. It was here that he saw the mountains of grain. It made a lasting impression on a man who had survived the blockade. Ivan Ivanovich was burning with a desire to grow bread himself at any cost. But how could he, an invalid, who had lost both his legs, do it? And who would let him drive a tractor?! That’s why he learned to drive a tractor in secret from everyone. Thus, day after day, overcoming himself, his pain, he sat behind the wheel of an agricultural machine. And very soon he became an operator on the plow. Then he graduated from a tractor driver's course, learned to work on a combine harvester. And then in 1961 he was accepted to the state farm "New Way" as a mechanic. This is how the work of the famous pioneer virgin lander began. There were no discounts for an illness. Ivan Ivanovich worked, as they say for two. On his harvester he fulfilled two seasonal norms every year. For harvesting, our hero mowed 700 hectares of land, giving his homeland up to 500 tons of grain. The record year for him was 1972, when he managed to grind 750 tons of grain. Such results are beyond the power of even a healthy man. His contemporaries spoke about him as a diligent master of fields. Having already led a team of machinery operators, Ivan Ivanovich went to the field, 400 hectares of which had to be written off. This meant the actual destruction of grain, but this man, who had experienced a terrible famine in besieged Leningrad, could not allow. Thus, 13 combine harvesters led by him for a week literally combed every inch of the land, collecting grain. And he got what he wanted. Here is how he himself remembers those days: "When I sat on the combine harvester in those fields, you know what I remembered? During the war after I got discharged from the hospital, I decided to visit my family in Leningrad. Knocked on the door - no one opened it. I came in and saw my mother lying still. I looked around and saw bread cards on the table unused for 4 days ... that's what I remembered. And I did not think that the bread would remind me of its own price after so many years". During his years in the field, Ivan Ivanovich was able to master more than one brand of combines. He distinguished himself not only at the wheel of an agricultural machine. He also owns rationalization proposals to improve the work of special equipment, he became a mentor to young combine harvesters. His achievements were noted personally by Leonid Brezhnev, the head of state, at a ceremonial meeting dedicated to the 20th anniversary of the virgin lands development.

For his labor achievements on the virgin land Ivan Ivanovich was called "Maresiyev" of Osakarov. As the hero of the Great Patriotic War managed a feat without legs, so did our hero accomplished a real labor feat. Incidentally, they both knew each other. They met more than once. Two legendary persons met in Moscow at the XVII Congress of VLKSM. These same days he met another famous pioneer virgin lander, tractor driver from Tselinograd region Leonid Kartauzov. The second meeting with Alexey Maresiyev, when "Kazakh film" was making a documentary about Ivan Ivanovich. He was twice elected as a deputy to the Supreme Soviet of the USSR, was a deputy to local party organizations.

He passed away in 1992. This is how the legendary machinery operator of the "Novyi Put" state farm in Osakarov district of Karaganda region Ivan Ivanov made history.