Collectivization in the Kazakh steppe 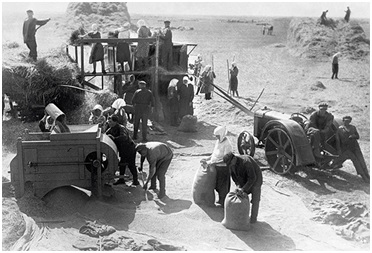 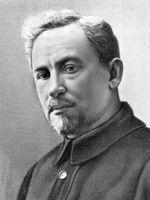 Filipp Goloshchyokin. This name conveys nothing to modern Kazakh youth. But the older generation knows him well. And for them, the name of the First Secretary of Kazakhstan Regional Committee of the RCP (b) Filipp Goloshchyokin is a synonym of national calamity that befell the Kazakh people in the first part of the twentieth century. This name is inextricably connected with collectivization and famine.

In the late twenties – early thirties of the last century, the world’s first state of workers and peasants headed for industrialization. The workers needed to be provided with food to work well at plants and factories. And where to get bread? The Kremlin’s administration found a way out: from the peasants. Their goal was not just to get it, but to take every last grain. Here it came… At the same time, a corn storage crisis began in the end of 1927. The country harvested 45 mln. centners of grain less than the previous year. And harvested grain was mostly exported, the raised funds were used to purchase equipment. We should remind that the country was preparing for industrialization during this period. But the peasants were not about to give the fruits of their hard labour “for a song”. And the authorities declared war on the “individual peasants”, the “kulaks”, as they called them. The country announced collectivization.

The fate of millions of Soviet people was decided by Stalin’s trip to Siberia in January-February 1928. During this trip, dozens of local workers lost their posts and party membership cards - for “spinelessness”, “conciliationism”, “adhering” to kulaks, etc. Markets were closed, all grain was removed from the barns of peasant houses. The ways to implement collectivization ideas were discussed at the XV Party Congress in December 1927. The Congress headed for the collectivization of agriculture. Stalin’s leadership in Kazakhstan decided that the establishment of collective farms should have been completed in the spring of 1932. But, as usual, they decided to implement the “five-year plan” in four, or even three years. The ghost of an impending famine was looming on the horizon, that promised to cover almost the entire population of one sixth of the world. 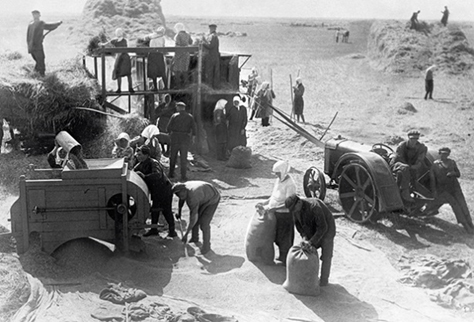 The leaders of the Communist Party of Kazakhstan implement collectivization

And where does Filipp Goloshchyokin come in? - Our readers would reasonably ask? It was him who was one of collectivization originators in Kazakhstan. The first activity performed in Kazakhstan was the confiscation carried out in the autumn of 1928. In Kazakhstan, Filipp Goloshchyokin initiated the so-called development course of the country - “Small October”. 700 households were confiscated, about 150 thousand heads of cattle were taken from them. And then Soviet officials applied the policy, to which they were always committed — the overfulfillment of the plan. While 2% of all households were combined into collective farms in Kazakhstan in 1928, then they were 50% by April 1, 1930, and about 65% - by October 1931.

The forced transfer of nomadic herders and semi-nomads to sedentism was fatal for the Kazakh economy, although the nomadic farming had not yet exhausted its economic potential and had been largely an effective system in Kazakhstan. By February 1932, 87% of collective farmers and 51.8% of individual farmers completely lost their livestock. Livestock farming as an industry was virtually destroyed in Kazakhstan. Only 4 mln. heads remained in Kazakhstan at the beginning of 1933 against 40 mln. heads of all types of cattle in 1929. Having broken the secular way of life of nomads, the Bolsheviks almost condemned the whole people to death from starvation. People did not have bread, it was the result of lean years, and everything was confiscated by the authorities. Hoping to find any subsistence, the villagers reached out to the cities, but how far could they go? All livestock was seized from them for the needs of collective farms. A huge steppe from a nurse turned into a grave for the Kazakh sharua without a livestock. The people called this time the Great Jute. According to experts, 2.3 mln. of the Kazakh population (42%) died from starvation and about 1 mln. people migrated outside Kazakhstan, including to foreign countries: China, Afghanistan, Iran, Mongolia, Turkey.

Letters of assistance were sent to Moscow…

The Kremlin administration was aware of the disaster in the Kazakh steppe. Hundreds of letters, which called for help, begged to save hundreds of thousands of starving steppe people, were sent in the name of Stalin and other leaders of the country. Turar Ryskulov, who was the Deputy Chairman of the Council of People’s Commissars of the RSFSR at that time, wrote to Moscow; prominent public figures of Kazakhstan G. Musrepov, M. Gataulin, M. Davletgaliyev, Ye. Altynbekov, K. Kuanyshev wrote Goloshchyokin about the difficult situation in the republic - the so-called “Letter of Five”. But all for nothing, there was no reaction from the capital. But what about domestic livestock? It was kept at collective farms and stock pens. It could have saved hundreds of thousands of lives. As it is known, if something is common, it is ownerless. Cows, camels, sheep were also doomed to death without an owner. Large amounts of livestock collected at collective-commodity farms just died unable to feed themselves. As of January 1, 1933, the region, which was considered a large livestock breeding base in the east of the country, numbered about 4 mln. heads of cattle against 40.5 mln. heads before collectivization. And such traditional branch in our region, as camel breeding, almost ceased to exist: there were only 63 thous. camels by 1935, while in 1928 there were more than one mln. heads. Certainly, people could not digest the disastrous policy of the authorities. And they rebelled. About 400 peasant riots occurred in Kazakhstan, which involved about 80 thous. people. And some of them caused bloody consequences. 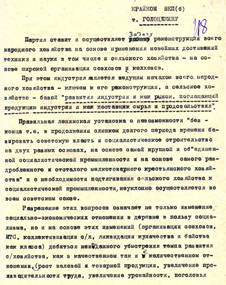 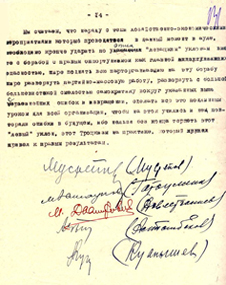 The largest incidents occurred in Suzak district in the south of Kazakhstan with up to five thousand people involved in the movement, in the Semipalatinsk district, Balkhash district of Alma-Ata region and Irgiz district of Aktobe region. As usual, the authorities sent regular troops to suppress them. 5551 people were convicted for participating in major uprisings and riots in 1929-1931, 883 out of them were executed by firing squad.

Overt actions of rebellious people had its effect. The state had perceived the people’s aspirations. The state started to return forcibly collectivized cattle and property to people. Agricultural cooperatives were created instead of communes. Collective farms were provided with technical and financial assistance. And this delivered benefits. Collective farms had justified their mission over the second five-year. Nearly 7 thousand collective farms had been created in the republic by the beginning of Great Patriotic War. People started to develop arable lands. Equipment was provided to assist the villagers. Thousands of tractors, combines and trucks entered the fields.

P.S. The fate of the nation’s despot

And what about Filipp Goloshchyokin? He was waiting for the same fate as many other thousands of Stalin’s functionaries. The former First Secretary of the CC of the Communist Party of Kazakhstan was arrested on October 15, 1939 and spent two years in a pre-trial detention center. The incriminations were traditional for the era of Stalin’s repressions: sympathy to Trotskyism, preparation of a terrorist act, excesses in the matter of collectivization, etc. He was executed by firing squad on October 28, 1941.

The Great Jute claimed the lives of at least 3 mln. Kazakhs. 3.5 mln. people lived in the Kazakh steppes at the beginning of the twentieth century, and the local population was 82%, and by 1939 the number of Kazakhs had been reduced to 38%. One sixth of them found salvation in foreign lands Sufferings that befell the Kazakh people in the first half of the last century are still not and unlikely to ever be forgotten. And this means that this national tragedy will never happen again.