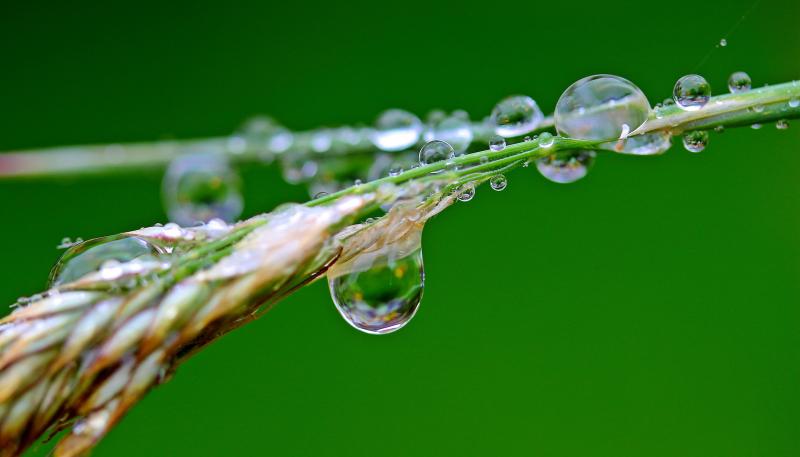 A roundtable on water conservation, organized by the International Agricultural Association DLG together with the World of NAN portal, brought together foreign farmers and water scientists and practitioners. According to experts, the Kazakh farmers should not wait for miracles, and need to rebuild the entire farm management system towards water conservation. The deficit will keep growing every year. The experts are unanimous about it.

Farmers depend on water from transboundary rivers

Dosbol Bekmaganbetov, roundtable participant, Deputy Chairman of Water Resources Committee of Ministry of Ecology, Geology and Natural Resources of the Republic of Kazakhstan, voiced total volume of water resources of the country. According to the speaker, they are formed from river runoffs and amount to 102.3 km3. Of these, 54.5 km3 is the domestic flow, 47.8 km3 comes from transboundary rivers from China, Central Asian countries and Russia. Incidentally, farmers have repeatedly complained that the lack of water is most often felt in farms located in regions where water comes from transboundary rivers.

Groundwater reserves of the country explored in the territories of more than 3.5 thousand deposits amount to 15.5 km3/year. Out of total water intake the irrigated farming accounts for 11.8 km3. These are the southern regions - Almaty, Zhambyl, Turkestan and Kyzylorda, with an irrigated area of 1.25 million ha. That is, these areas account for 97% of all water withdrawals for irrigation and 78% of the total irrigated area in the country. In this regard, the main losses of irrigation water - 3 km3 - are also recorded in these areas.

What leads to water deficit?

During the discussion, the expert named several problems that exacerbate water scarcity. The first one is the uneven distribution of river water resources over the territory of the country. The second one is weak application of water-saving irrigation technologies by agricultural producers. The third is the lack of large-scale automation and digitalization of irrigation systems. And the fourth is the operation of irrigation canals in unsatisfactory condition.

How are authorities in charge dealing with the issue?

While speaking about water problems, the speaker noted that in recent years, in the southern regions of the country, where 97% of all irrigation water for regular irrigation is used, the growing season occurs under low-water conditions. Therefore, providing irrigation water to farmers is not off the agenda.

For example, in order to solve water problems in the republic it is planned to reconstruct 120 canals and construct nine new reservoirs. A complex of measures on reconstruction of 7.4 thousand km of irrigation networks, digitalization of water accounting on 212 canals and reconstruction of 16 hydraulic structures will be implemented. According to the forecasts of the Ministry, these measures should help reduce irrigation losses by 4 km3 by 2025.

The Ministry's work plan for the non-vegetation and vegetation periods is developed annually. The works cover the analysis of multi-year data for the non-growing season, reconstruction, cleaning of canals, introduction of water-saving technologies on irrigated lands, installation of additional pumps and reuse of collector-drainage water. In addition, mechanical cleaning of main and inter-farm canals is carried out. In order to preserve the water and resource potential, reduce losses and increase the efficiency of water use, the National Project "Zhasyl-Kazakhstan" for 2021-2025 was approved.

Be ready to tighten your belt

The work seems to be in progress. Programs are adopted and money is allocated. Even the negotiations on water supply are held regularly with the responsible authorities of the neighboring countries. But the situation is not changing. Water shortage is worsening, agrarians are forced to reduce sowing areas of rice and cotton, which bring good profit. This year, too, experts predict an even greater shortage. This means that farmers will have another busy growing season.