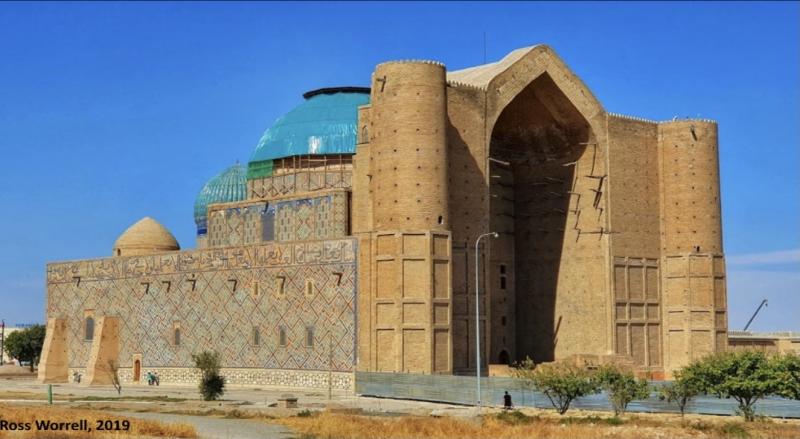 Renowned scientist, Doctor of Biological Sciences, representing the National University of Bioresources and Nature Management of Ukraine, Vladimir Starodubtsev believes that Turkestan is threatened by an environmental disaster.

The fact is that the old construction of the city center is still heated by coal, so the area is covered with soot, visible even from space. And it negatively affects not only the living conditions of people, but also the historical monuments located in Turkestan. For example, the legendary Mausoleum of Khoja Ahmed Yasawi, which is under UNESCO protection.

It should be noted that Vladimir Starodubtsev decided to study the ecology of Turkestan for a reason. During the development of virgin lands the well-known professor studied the problem of salinization of soils, the shortcomings of Kazakhstan's water reservoirs, and in general he is very familiar with many of our environmental problems, including the drainage of the Aral Sea.

Currently the professor is actively trying to attract people's attention to Turkestan, which does not look very optimistic on the satellite images used in his work.

The World of NAN portal brings to your attention an article by Vladimir Starodubtsev on the environmental problems of Turkestan.

"The information about the "London smog" caused by the use of coal for heating the dwellings of England goes deep into history. The share of coal in the private sector of China's huge cities is gradually decreasing as well, easing the heavy smoke in the air. The world as a whole is focused on the gasification of housing, the use of electricity, the improvement of the atmosphere of settlements and the quality of life, the reduction of anthropogenic pressure on the environment. However, there are still many cities in arid regions where global trends are slowly being implemented, where the private sector still uses mostly coal and local combustible materials for heating. And the air in them, especially in winter, is saturated with gaseous combustion products and soot.

Local authorities everywhere are making efforts to improve living conditions, gasification of housing, centralized water supply, and redevelopment of urban infrastructure. The city of Turkestan in South Kazakhstan, which recently became the center of the region, is an example of such developments. The changes here are obvious, the city is being transformed for the better. But all these changes require large funds and, of course, time. Therefore, old buildings in the center of the city are still heated by coal, the air is polluted in winter, the area is covered with soot which can be seen on the images from space.

But it is not only the living conditions of people that are affected by such a situation. In the center of Turkestan there is an outstanding monument of the Kazakh people, the Mausoleum of Khoja Ahmed Yasawi, which struck the author with its grandeur back in the years of scientific research of the Arys-Turkestan irrigation massif. However, this medieval monument is also affected by the polluted atmosphere.

The unique monument of 7 centuries rises above the plain of the Turkestan Region of Kazakhstan. It is already visible at a distance of about 10 km from the city of Turkestan, and up close it amazes with its beauty and architectural style. The mausoleum was created in 1396-1405 years by order of Emir Timur in honor of well-known in the East poet and preacher Hoja Ahmed Yassawi, and now is used as a memorial complex. Much attention is paid to its preservation. 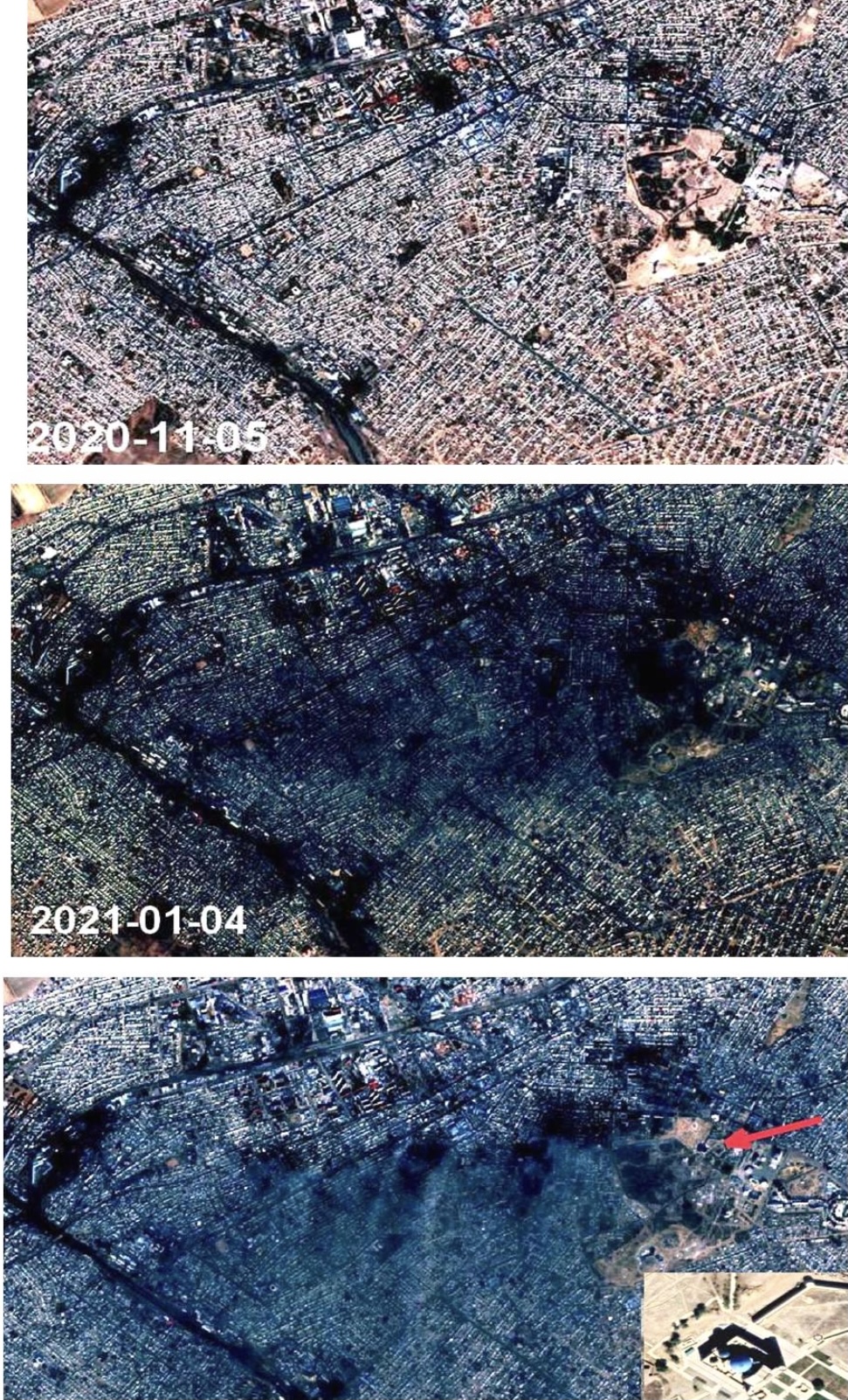 However, the harsh climatic conditions of the semi-desert with its summer heat, fairly frequent strong winds and dust storms have had a negative impact on the complex for many centuries. The anthropogenic pressure on the structures of the complex is also increasing due to the increase in the population of Turkestan, the intensification of economic activity, and the increase in tourist inflows. Products of coal burning, especially in winter - soot deposited on the mausoleum, as well as toxic gases - also bring their unkind contribution. As a result, in winter the city center with the famous complex looks dismal on the space images of Sentinel-2.

The mausoleum of Khoja Ahmed Yassawi is protected by UNESCO, and the Paris Agreement on Climate Change provides for "support to developing country Parties for the effective implementation of this Agreement. Isn't it time to actually apply such support to preserve the famous complex? This support would help the local authorities to implement more quickly the entire set of works on the gasification of the city and the construction of all the necessary infrastructure to improve the environmental situation," writes Vladimir Starodubtsev.