Mouldboard, non-mouldboard, mechanical, rotary, rolling compaction... There are many ways to till the soil in the world today. Each of them is suitable for a certain climatic zone, soil type, biological features of cultivated crops. Among such agro-technical methods of tillage one should mention such method as compacting the soil. It is used everywhere. It does not matter whether it is a small farm or a large peasant farm. So what is compaction of soil? It is compaction and leveling of the field surface, breaking up the soil crust, crushing large pieces of land. For this purpose, special press rollers are used. Such a technique is used for compaction of plowed turf soils, for compacting sideral crops before they are placed in the soil. Smooth, rubbed, ring and star rollers are used for this method. Their choice depends on the property of the soil and its condition.

As one can guess, this technology is used both before the sowing campaign and after its completion. In the first case, this technology is necessary if the seeds are small, like flax, and should be given a shallow and uniform seeding, which later provides them with optimal conditions for rapid germination of the seeds. Today, pre-sowing is also used for beets, corn, sunflower, millet and many other crops. Moreover, many farmers use this method twice before sowing - after deep first cultivation and just before the sowing itself. Mainly, the soil is pushed in dry weather. This is also necessary to ensure that the soil settles more quickly before sowing, which prevents the topsoil from blowing out.

After the sowing campaign, this method allows even more moisture to reach the seeds and also reduces their evaporation, thus creating optimal conditions for their contact with the soil. For a specific seed size, farmers use specific agricultural machinery. For example, for small seeds rollers are suitable, but for medium and large ones heavy ring rollers are used. They compact the soil to a greater depth, which accelerates the emergence of seedlings. At the same time, it should be said that those fields, on which the ring spur rollers have already been worked on, usually do not get additional cultivation, because these agricultural tools simultaneously compacted and ploughed the soil.

What do you have to keep in mind?

Farmers know that compacting dried out or excessively moist soil does not give the expected result. When the soil is dry, it does not allow it to settle down, turning just pieces of land into dust, but if the soil is too wet, after the press rollers work, a dense crust is formed on the surface of the soil. Besides, it is also worth mentioning a negative factor of this method, the reduction of general and non-capillary porosity. On heavy clayey soils this agronomic method also has quite negative effect. Today, agrarians increasingly use this method, by combining it with other agricultural technologies of soil cultivation, such as plowing, harrowing, cultivation. 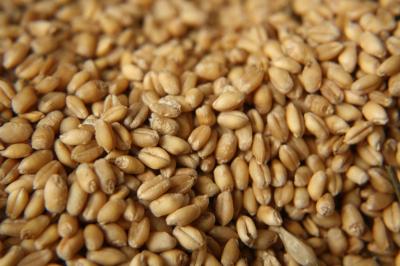