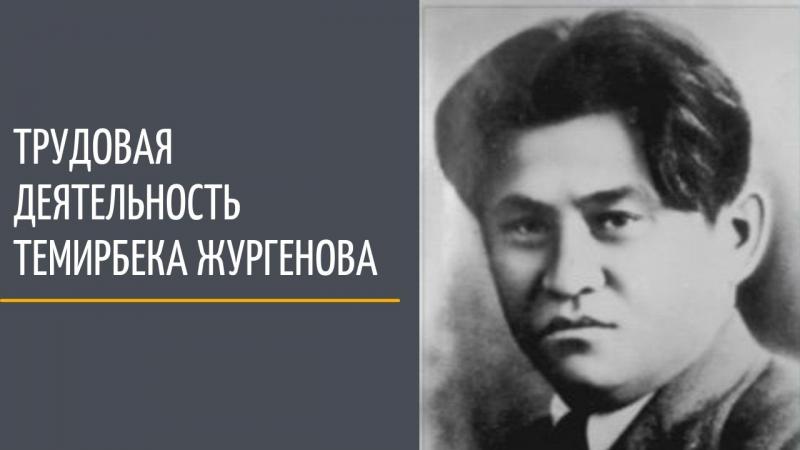 In our country, the cultural revolution is connected with the name of Temirbek Zhurgenov. In many areas, he was a pioneer. The first Minister of Education of Kazakhstan, owing to his perseverance, in 1934 in Alma-Ata the construction of six largest universities of Kazakhstan and the whole Central Asia began. People called him the "People’s Iron Commissar". The name Temir, which means "iron" in Kazakh, does not have any significance here. Temirbek Zhurgenov was named so because of his tough principles, perseverance and unshakable desire to finish what he started. 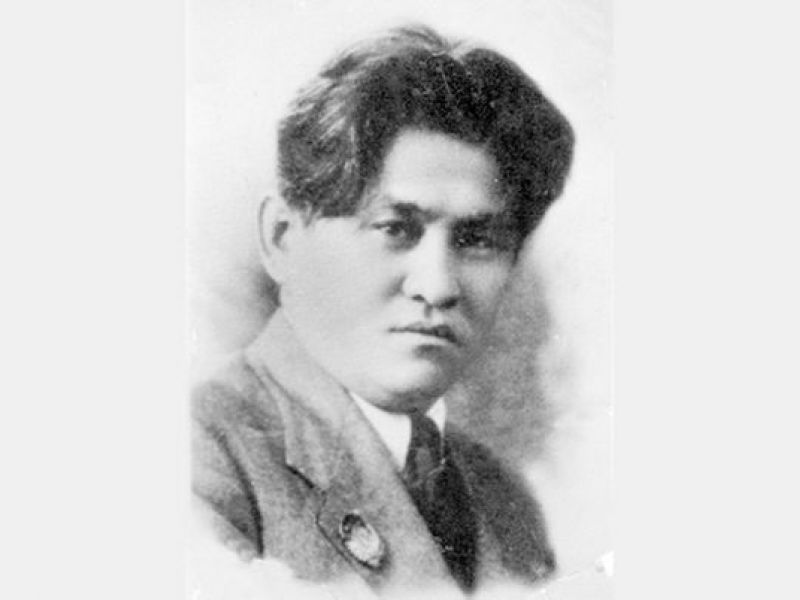 The future people's iron commissar was born in 1898 in Zhanatalap aul in Kyzylorda region. Temirbek Zhurgenov came from a distinguished lineage. His father Kara and grandfather Kuan had numerous herds of animals. Mother Zhanshy loved her son very much and always tenderly called him Temirshi. But she was never destined to know who her beloved son Temershi would become in the future. The woman died after a serious illness when her child was barely two years old. Father had taken another woman, Kampit, to the house. It was she who took the role of a mother for Temirbek and his brothers bringing all the warmth and love of a mother in their upbringing. As a child Temirbek has always been known for his curiosity, talent and desire for knowledge. This did not go unnoticed by his father, who always tried to give his children a decent education. He was sent to a two-class Russian-Kazakh men's school. And then there was study at the Ufa Land Surveyor School. The Civil War intruded into the life of young man of Kazakhstan, as it did into the lives of millions of citizens of the former Russian Empire. It did not allow him to finish his education. However, it didn't become an obstacle in receiving education. Already in 1923 he received a diploma in journalism from the Orenburg worker's faculty. It was here that he got acquainted with the polyglot, the translator Turmagambet Iztleuov.

The diploma with honours

Temirbek Zhurgenov went to Tashkent to receive higher education. He graduated with honours from the Law Faculty of Tashkent University in 1926. It was here that he met the sister of prominent Alash-Orda Alimkhan Yermekova, Dametken Yermekova, who would become his wife. Later, Dametken Zhurgenova remembered that he made a good impression on her. She realized that a young, ambitious young man was looking for a chance to meet her. Came to the institute where she studied, walked home, went to the theater together. Each time he talked with passion about the future of their native Kazakhstan. At the same time he attracts attention in Moscow. The most complicated process of national-territorial demarcation in Central Asia has just come to an end. New state formations have appeared on the map. And Zhurgenov took an active part in this process. In 1924 he started his graduation work, which in the future will play a significant role in determining the borders of Kazakhstan. For example, Zhetysu and Syrdarya was to be transferred to the newly formed Uzbek Republic. But it was Zhurgenov who proved that Kazakhs have lived in these areas since ancient times. Thus his efforts managed to preserve these lands within Kazakhstan. And the graduation work of Temirbek Zhurgenov was devoted to the theme of zoning our republic. Later it was published as a separate book.

Since the school Zhurgenov has always been in the thick of all events, and his university years were not an exeption. It is safe to say that our here is a man who was in the right place at the right time. The time was really turbulent at the time. Even before entering university, in 1920 Zhurgenov became a member of the Bolshevik Party. As a graduate student, Zhurgenov himself headed the first Kazakh university - Kazakh Pedagogical University. At the same time, he represented the interests of the Kazakh ASSR in Turkestan ASSR.

People's Commissar of the three republics

Thanks to his first mentor Turmagambet Iztleuov - Temirbek Jurgenov himself becomes a polyglot. He spoke six languages, including Uzbek and Tajik. Incidentally, owing to Zhurgenov, Ferdowsi's "Shahnameh" was translated into Kazakh. It was the knowledge of several languages that played a key role in many ways, when the central authorities were looking for someone who could easily communicate with the local population in Uzbekistan and Tajikistan. In the Tajik Republic, for example, in 1929 Zhurgenov was appointed Commissioner, i.e. Minister of Finance. But the very next year he was appointed to the post of Commissioner of Education of the Uzbek SSR. And in that position he would serve for two years. During that time, dozens of schools, institutes and theatres were opened in various districts. Zhurgenov gets transferred from Uzbekistan to his native Kazakhstan. At home, he is appointed People's Commissar of Education. He had to the impossible - to eliminate illiteracy, to open the way to knowledge to the inhabitants of the most separate auls. On his initiative, six-month primary education courses were opened in Kazakhstan. In the capital of Kazakhstan, Alma-Ata, 17 secondary schools were built in a short time.  Textbooks began to be published everywhere. Boarding schools were opened, so called "nomadic schools". Here children of nomads received knowledge. As a result of such hard work, about one million people received education in Kazakhstan during these years. However, it was not limited to primary and secondary education only. Zhurgenov set a goal, to create a system of higher education. Thus, the Kazakh Mining and Metallurgical Institute was opened, and now it is the Kazakh National Technical University named after K.I. Satpayev, the Veterinary Institute as well as the Kazakh National Technical University named after S. Kirov now it is Al-Farabi Kazakh National University.

All this accomplishments despite the fact that his family has had a terrible tragedy. In 1934, the Zhurgenovs lost their only son, Shoratai. The tragedy left an indelible imprint on their entire lives. According to Kazakh traditions, they took on the responsibility of raising the son of the elder brother of Iskak - Zhumanazar. It was tough, hard work that saved him.

Temirbek Zhurgenov was responsible for the work and institutions of culture and art. He was in charge of the Committee on Arts of Kazakh ASSR. He was responsible for the organization of the first decade of Kazakh art and literature in Moscow in 1936. It was to be a triumph of Kazakhstan, a huge Soviet Union, and the whole world was to learn about the achievements of the republic. In the capital Kilyash Bayseitova, dancer Shara Zhiyenkulova, orchestra of folk instruments led by Akhmet Zhubanov performed. Kurmangazy Kyu "Saryarka", opera "Kyz-Zhibek" were performed. Speeches were attended by leaders of the state Stalin, Molotov, Kaganovich, Mikoyan. It was after the performance on the decade of Kazakhstan in Moscow that one of the first People's Artists of the USSR title was awarded to Kulyash Baiseitova. Temirbek Zhurgenov himself was awarded the Order of the Red Banner of Labor.

Clouds are thickening over the people's iron commissar.

However, on these seemingly cloudless days, when Zhurgenov achieved a lot at the state post, clouds began to thicken over him. The year 1937 was approaching. Back in June, nothing foreshadowed trouble. He was nominated as a candidate for the Supreme Soviet of the USSR, and already on August 2 he gave his first testimony to the NKVD. Interrogations could last for hours, one investigator replaced the other. He was tortured. His descent from a noble family was used against him. Same went for meetings with the already repressed representatives of the Kazakh intelligentsia. However, Temirbek Zhurgenov did not give the necessary testimony. The People's Iron Commissar stood up to all the trials. But it didn't save him.  The case was fabricated. He was declared an enemy of the people. On 25 February 1938, he was shot in Alma-Ata. His wife was arrested as well. In Stalin camps, Dametken Zhurgenova spent 18 years. In 1957, the honest name of Temirbek Zhurgenov was restored. He was fully rehabilitated. Today, the National Academy of Arts of Kazakhstan bears his name, and streets in different cities of the country are named after him. His life is embodied in theatrical productions. Most importantly, his memory has been forever preserved in the history of the Kazakh people.