Reforms of the second half of the 19th century in Kazakhstan 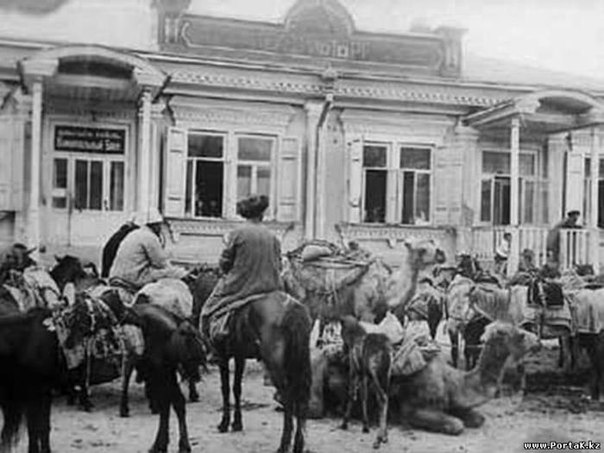 The second half of the nineteenth century in the Russian Empire is called the time of great reforms. In just one decade, from 1860 to 1870, the country experienced radical reforms. Thus, the serfdom was abolished, financial reform, land reform, judicial reform, urban self-government reform and military reform took place. This is only a part of all large-scale changes. Transformations have also affected Kazakhstan. By that time, the process of joining the Kazakh lands to Russia had practically come to an end. And the officials in St. Petersburg had been thinking about how to manage them effectively. In addition, more and more Russian industrialists began to look at the steppe land as a source of supply of natural resources to their factories. There was also an important aspect. At this time, the British Empire also took a special interest in Central Asia. And the tsarist authorities could not allow the British to come here. And it was decided to carry out cardinal reforms in these lands as well.

The beginning of the reforms.

They started with administrative changes. In this way, the authorities wanted to finally strip the local aristocracy of its levers of influence and introduce the general imperial principles of governance here. In addition, these innovations would have allowed for the final establishment of the region and the beginning of a large-scale resettlement of landless peasants from the European part of the empire. For successful implementation of reforms in Kazakhstan, a special steppe commission headed by Fyodor Girs, an official of the Ministry of Internal Affairs, was established. And the important thing was that when making a decision about the fate of the region, the Tsarist authorities did not include a single representative of the Kazakh people in this commission. And in the document, which regulated the work of the special commission, the following was said: "...the reforms are aimed at improving the situation of the Kazakh people and freeing them from the power of the sultans". Most importantly, the commission operated in secret.

Administrative and territorial changes in the Kazakh steppe

And on 11 July 1867 Emperor Alexander II signed a reform project for the administration of Semirechensk and Syrdarya regions, and more than a year later on 21 October 1868 the same document was signed for Turgai, Ural, Akmola and Semipalatinsk regions. What did the members of the special commission propose? To divide the territory of Kazakhstan into three Governorate-Generals: Turkestan, Orenburg and West Siberian. The governor-generals had the power. The new territorial units consisted of regions. Thus, the Orenburg Governorate-General included: the Ural and Turgai territories. Akmola and Semipalatinsk regions were included in the West Siberian Governorate-General. Turkestan Governorate-General consisted of Semirechensk and Syrdarya regions. In 1872, the territory of the former Bukeyev Orda was transferred to the Astrakhan province, and Mangystau was first transferred to the Caucasian Military District, and later to the Trans-Caspian region. Later, in 1897, it became part of the Turkestan Governorate General. In turn, regions were divided into counties, there were 34 of them. Then the counties consisted of volosts, which were formed according to the territorial principle and not according to the family one. Well, the volosts themselves were divided into administrative villages, which in their turn consisted of economic villages. The administrative villages included from 100 to 200 kibets, the volosts from 1000 to 2000, but could include up to 3000 kibets. Volost governors and village chiefs were elected every three years by secret ballot and approved by their superiors. The sultans were exempt from all kinds of taxes, and the tsarist authorities provided them with pensions for the rest of their lives. The reforms also addressed taxation issues. A general, so-called, kibet tax was introduced. It was paid every year from every kibet with money.

The issues with the status of the land were also resolved. Thus, after this reform, the Tsarist authorities declared all lands owned by Kazakhs as state lands. The indigenous population received lands on the right of public use. And this rule did not concern sultans. They were given the land for personal use. Forests were also declared as state lands. All this gave the authorities the right to take away lands from the Kazakh population without any trials only based on a whim. It was at that time that peasants from the Central regions of Russia began to move to Kazakhstan on a massive scale. After the abolition of serfdom, they were promised rich fertile land in the Steppe region. And what everybody was afraid of happened: Kazakhs were forced to leave their ancestral lands en masse, and in return they were offered plots of land that were poorly adapted for farming, often it was saline lands.

The reforms of 1867-1868 also changed the centuries-old judicial system of the steppes. The authorities preserved the courts of Biys and Kaziys, who built their work on the basis of Adat and Sharia. In each volost, depending on the number of kibets, 4 to 8 Biys were elected for three years. Incidentally, their candidacies were approved personally by the governor. They didn't receive any money for their work. Their authority was severely limited. They mainly dealt with contentious issues of the inhabitants of the villages. A fair and true determination to the court of the Biys was made by a famous Russian ethnographer, who studied the everyday life and customary law of Kazakhs, Alexander Geins: "The court of the Biys is quite fair and always unselfish, and therefore is respected not only by the Kazakhs, but also by the various intellectuals and Cossacks, many of whom go to the court of the Biys". According to the "Regulations", the judicial system consisted of the following levels: county, regional and supreme courts. The duties of the Supreme Court were performed by the Government Senate. The county court was responsible for criminal and the provincial court for civil cases. Their work was already based on the principles of laws that were already in force throughout the Russian Empire. They were in charge of issues of high treason, resistance to the authorities, damage to state property, attempt on and murder of state officials and other grave crimes.

Consequences of the reforms

Of course, one cannot speak only about the negative impacts of these reforms. It was at this time that the natural resources of Kazakhstan began to be developed. Progressive ideas began to penetrate into social life, some old principles of social relations went into the past. Nevertheless, it is necessary to say, that social stratification of local inhabitants has increased. Due to the fact that fertile land was taken away, it became impossible to graze cattle, and in order to feed the family, many impoverished Kazakhs were forced to go to villages, towns, also to the factories and plants that appeared in the region. All negative phenomena of these reforms were actively criticized by representatives of creative intelligentsia of the Kazakh people. Among them were Abai Kunanbayev and Ybray Altynsarin. Despite a wide range of issues that seemed to have been resolved, the Tsarist reforms only strengthened St. Petersburg's colonial policy in the Steppe region. Two decades later, Kazakhstan has undergone another reforms. On 2 June 1886, the "Regulation on the Administration of Turkestan Territory" was adopted, and on 25 March 1891 a similar document was adopted for Akmola, Semipalatinsk, Semirechensk, Ural and Turgai regions. Thus, after another reform, the governorate general of Turkestan included Syrdarya, Fergana and Samarkand regions. The Smerechinsk region was excluded. The divisions of regions into counties remained the same. The Steppe Governorate was created as a part of Akmola, Semipalatinsk, Turgai and Ural regions, Semirechenskaya region was included here and in 1897 it returned to Turkestan Governorate General. The reforms of the last decade of the 19th century gave even more power to the governor-generals. The oblasts were still governed by military governors. Police departments appeared in each regional center, and bailiffs appeared in district cities. Local aristocracy The Kazakh aristocracy was equated with Russian rural settlers. In fact, this resulted in the loss of all its privileges. It is after these documents that one can say that the Russian Empire finally established itself in the vast Eurasian region. This is how the establishment of Russian military and administrative power in the vast Kazakh territory ended.