Сontribution of Smagul Sadwakasov to the preservation of Kazakh lands 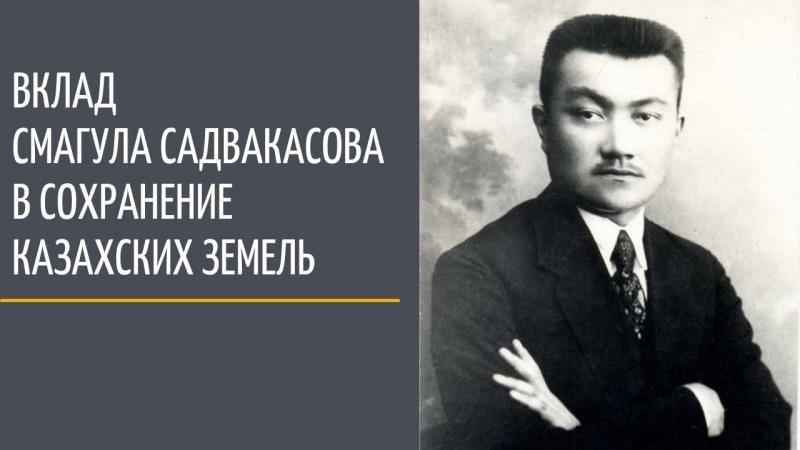 Destiny only gave 33 years of life to one Smagul Sadvakasov. But in those three decades and three years he was able to do so much for his country that he remained forever in the memory of the people as a patriot and ardent fighter for the independence of his native land. The future prominent public figure and statesman Smagul Sadvakasov was born at the very beginning of the twentieth century, in Zharkyn village of Sharlak district of Akmola region. His father, a mullah, gave primary education by teaching literacy. Then there was a two-class primary Russian school in the village of Poltava. Afterwards his parents took him to Omsk, where Smagul entered a forestry school, which he graduated in 1915. Years of study in Omsk were filled with moments of having met with representatives of the Kazakh creative and scientific intelligentsia. Among them were Magzhan Zhumabayev, Saken Seyfullin, Koshmuhamed Kemengerov. Exactly in these pre-revolutionary years, Smagul Sakdvakasov's ideas about the future of Kazakh people began to be formed. Together with like-minded people, he created an underground association "Birlik", which united young Kazakh patriots. They worked actively among their Kazakh students in Omsk. 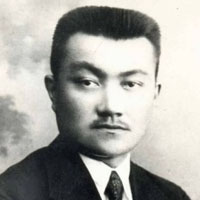 After the revolutionary year of 1917.

In the revolutionary February of 1917 he along with other activists took an active part in the work of the local Omsk self-governing committee, and in May 1918 the once illegal circle "Birlik" left the underground, having announced the convening of the All-Kazakh youth congress. It was there that the birth of the new organization "Zhas Azamat" was announced. Despite the fact that he did not fully support the ideas of the Bolsheviks, Smagul Sadvakasov in 1920 entered a number of VKP(b). This decision was largely influenced by Bolshevik slogans of the right of nations to self-identification, which could lay the foundation for a future independent state. At the initial stage, the new authorities promised to give all the people of the former Russian Empire autonomy and, moreover, to promote economic, industrial, educational and cultural development. As soon as he joined the Bolshevik party, Smagul Sadvakasov was immediately involved in party and state work. He was responsible for work with youth, having occupied a post of the secretary of the Kazakh regional bureau of RKSM, he was involved in origins of the youth newspaper "Zhas Azamat". Thanks in large part to his active position in Kazakhstan, the Komsomol Regional Bureau of Kazakhstan was established, and in general he was responsible for the youth movement of the republic. And at the First Congress of Soviets of the republic he was elected to the presidium of the KazCEC, and then a member of the Central Executive Committee. Seeing the dedication of young and promising Smagul Sadvakasov, he was appointed Deputy Commissar of Education of the newly created Kazakh Autonomous Republic, and some time later he was appointed People's Commissar of Education of KazASSR. And that's at the age of twenty-five. At the same time, he was the representative of the republic in the Turkestan ASSR, the secretary of KazCEC. He also did not neglect his creative work. Smagul Sadvakasov worked with many magazines and newspapers in Kazakhstan. In the 20-s some criticism of the official policy of the party was still allowed, which he did.

Fighter for the territorial integrity of Kazakhstan

From the pages of newspapers and magazines Sadvakasov tirelessly addressed the issues of national policy of the center locally, recalled the slogan of the Bolsheviks on the right of nations to self-determination, which after their victory began to be pushed aside, if not forgotten. For Sadvakasov, the true independence of Kazakhstan remained at the centre of his life. And here it is especially worth noting his role in forming the territorial integrity of the republic. In 1920, when the Kazakh Autonomous Soviet Socialist Republic was created, heated disputes arose about the borders of the future state formation. It was in these years, in Central Asia and Kazakhstan, that the so-called process of national-territorial demarcation took place. It would seem that there could be nothing to discuss here; all lands where the Kazakh people lived should be included in the Republic. That was the problem. Sometimes it was not the interests of a particular people that came to the fore, but the political component. Today, almost 100 years later, it is clear that largely thanks to the civic courage of Smagul Sadvakasov, the Petropavlovsk District and the Adai County became part of Kazakhstan. Controversy arose over the transfer of the capital of KazASSR from Orenburg to Kyzylorda and the withdrawal of the Orenburg region from Kazakhstan. There were quite lengthy discussions around 18 volosts of the Uralsk, Aktobe and Kustanai regions. Once again, Smagul Sadvakasov made a sharp statement against these center initiatives. On 19 December 1925, from the tribune of the Bureau of Kazkraykom, he harshly criticized the national and territorial policy of Moscow and especially against the decision to transfer the disputed territories, where Kazakhs had been migrating for centuries, to the Orenburg region. However, his appeals were heard only partially. Only the lands along the river Khobda, the district to the south of Orsk and north-western volosts of Kustanai region were included in Kazakhstan.

The last fall of Smagul Sadvakasov...

Such active civic position, of course, could not remain unnoticed by the leadership of the state. Naturally, in the mid-twentieths, there was no mention of any arrest, but there was already talk of his lack of trustworthiness. In 1927, he was dismissed from the post of Commissar of Education, editor-in-chief of the newspaper "Enbekshi Kazakhs", on pages of which works of Magzhan Zhumabaev, Akhmet Baitursynov, Mukhtar Auezov were published. Smagul Sadvakasov entered the Institute of Railway Transport Engineers in Moscow. After he received the diploma, he never returned to his native Kazakhstan. He started working on the construction of the new railway "Moscow - Donbass". The fall of 1933 was the last in the life of the outstanding statesman of Kazakhstan of the first half of the twentieth century. In Voronezh he fell ill with typhoid and despite active treatment in Moscow hospital, he died on 16 December 1933. Smagul Sadvakasov was buried in the Don Cemetery in Moscow. It was only in 2011 that his remains were brought back to his homeland. Today the grave of the glorious son of the Kazakh people is in the old Astana cemetery.