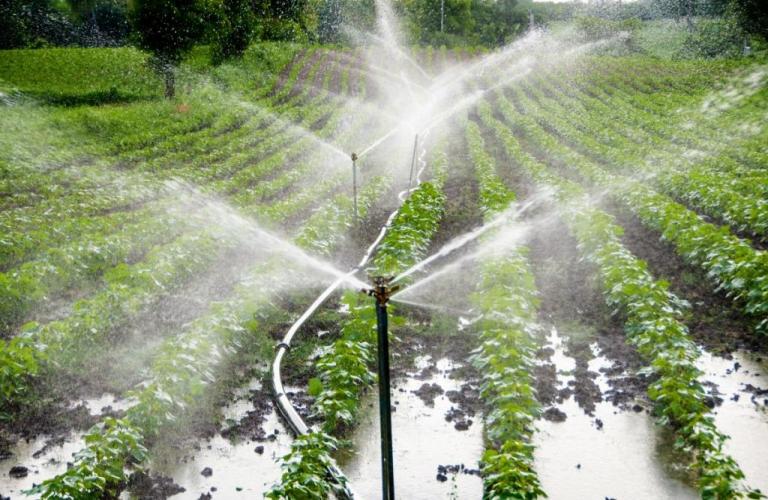 The task for the agricultural sector is to increase the area of irrigated land to 3.5 million ha by 2028

In Kazakhstan, by 2028, the plan is to bring the area of irrigated land to 3.5 million hectares. It is planned to restore abandoned but demanded land on an area of 600 thousand ha and introduce new – 1 500 thousand ha. The amount that is planned to be allocated for these purposes is also known – 1 233 million tenge, with gross output amounting to 3 727 billion tenge. Such ambitious goals are defined in the Irrigated Land Development Plan 2028. For the development of irrigation infrastructure, it is necessary to switch to financing with the involvement of private investments and international credit organizations. Today the agricultural enterprises are the main consumers of water.

A special role in the implementation of the task is given to innovative water-saving technologies. Indeed, one million hectares will be irrigated using advanced technologies. It is necessary to reduce water losses during transportation of surface water resources for agricultural needs by 1.24 km3. The introduction of the drip irrigation will allow farmers to save up to 40% of water, reduce the amount of fertilizer to 50%, as they are applied directly to the root zone along with irrigation, and most importantly - such technologies can increase productivity by 1.5-3 times. Irrigation rates for drip irrigation are 2-4 times less than for irrigation with furrows, and irrigation rate and specific costs of irrigation water are 1.5-2 times less. Use of sprinkling machines, in turn, will increase productivity by almost 2 times. The farmers of Pavlodar region, who switched to advanced irrigated technologies, have already seen the result. In one of the peasant farms in the region this year, 20 hectares were sown under drip irrigation. Productivity is impressive. Up to 35 tons per hectare of beets were collected. Great potato harvest. If the average yield in the region is just over 28 tons per hectare, then here it is up to 45 tons. Innovations are also actively used when using traditional irrigation systems. Thus, before the water channel was simply concreted with reinforced concrete, now geo-membrane grids, films and other insulating materials are used, which at times reduce water losses. From January 1, 2018, for each hectare on which water-saving technology is applied, the state returns 350 thousand tenge in the form of subsidies.

What is the expected result?

Now the country has 1.4 million hectares of irrigated land. Most of them are in the southern regions. In the Turkestan region - 38%, almost 30% are in the Almaty region, 14% - in the Kyzylorda region and 8% in the Zhambyl region. The new plan provides that the area of irrigated land will be increased in Karaganda, Pavlodar, North Kazakhstan, Akmola and East Kazakhstan regions. Thus, in the Pavlodar region, in recent years, the area of irrigated land annually increases by 5 thousand hectares. A considerable role in this is played by innovation. By 2022, the irrigation area in the region is planned to be increased by 4.6 times - from 46.8 to 210.6 thousand hectares.

Today in Kazakhstan, irrigated lands account for 7% of the total sown area and 40% of the total gross agricultural product is grown on these irrigated lands. The program plans to increase the share of irrigated land to 15%, and the share of gross product - up to 80%. In addition, it is planned that 70% of the products thus obtained will be exported abroad. Simple arithmetic: if today 3 tons of corn are produced using traditional irrigation methods, then with the use of innovative irrigation technologies they will already receive up to 10 tons, thus, the yield will increase by 33.5 times. That is not all. Today, cattle are fed with wheat, which costs 50 thousand tenge per ton, which in turn affects the price of meat. Corn, on the other hand costs slightly less, so the yield of meat products will be cheaper. Thus, one follows from the other. Obviously, the increase in irrigated land will help maintain the country's food security, provide raw materials for the manufacturing industry, and preserve jobs and a source of income for a significant part of the rural population.