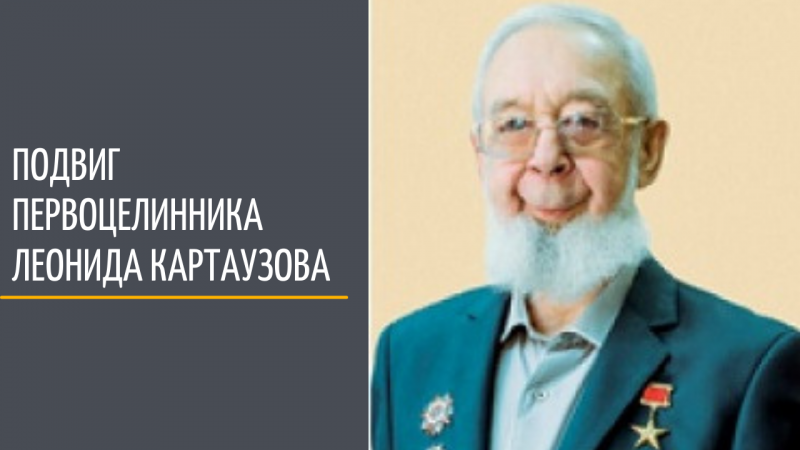 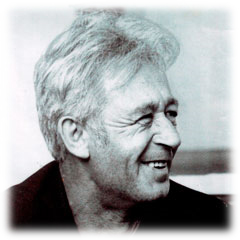 At the end of March 1955, a train with virgin lands pioneers arrived at the Tchaikovsky state farm of the Zhitikarinsky district of the Kostanay region. Yesterday's schoolchildren and students arrived in Kazakhstan from across the USSR to the virgin lands. Among the noisy and cheerful company of young people, a calm and silent young man attracted attention. He did not dance and did not sing like everyone else, but simply sat quietly, one thing was clear - he was very happy that he was among these people. After all, great achievements awaited them. None of them knew that this handsome young man ... had no legs. They will find out about this later, many will refuse to believe it. No wonder how could a person without both legs work on a tractor? Leonid Kartauzov proved them wrong. Contemporaries called Leonid Mikhailovich "Maresyev of virgin lands" For them, the conqueror of virgin lands is as much a hero as the legendary WWII pilot Aleksei Maresyev.

A native of Leningrad Leonid Kartauzov heard about the party’s call to conquer the virgin lands when he was visiting relatives in Kaunas in Lithuania in 1955. Why not, how am I any worse, he questioned and decided that he like everyone else needs to go to this very virgin land. No matter if he had no legs, the drive matters! Now the medical commission has to be convinced to grant permission. However, this young man was not particularly bothered. After everything he experienced during the war, he was used to not give in to difficulties. In his 22 years, he experienced quite a lot.

How he came to be in the war, he could not even understand it himself. The war broke into his childhood. The Germans very quickly approached Leningrad. They took the city into the blockade ring. He went to the partisans. He helped to get information. Nobody paid attention to the child, then he became the son of the regiment 185 of the division of the rifle regiment of the Baltic Front. The last time he saw his father was in 1941, he died of hunger in a siege. Moreover, Leonid Mikhailovich carried this persistent desire to feed everyone with bread, so that no one would die of hunger, as in those terrible siege days. Already in Estonia, in the battles of Tartu, Leonid was seriously wounded. He stumbled into an enemy mine. He woke up already in the hospital; doctors said that he could never walk. Left without legs and underwent several surgeries. However, the young man did not agree with the verdict of the doctors. Overcoming the terrible pain from which he wanted to scream, climb onto the wall, Leonid was able to complete the first real manly deed- he began to learn to walk on prosthetics. After the war, there was an orphanage, then learning to become a shoemaker. In 1945, the streets of Soviet cities were awash with mutilated soldiers of the Great Patriotic War, but he tried not to pay attention to them. He had a profession and a job. He was independent. In 1955, he went to his relatives in Kaunas. Surprisingly, he found his calling there, hundreds of kilometers from Lithuania - in the steppes of Kazakhstan. 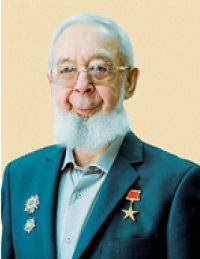 It was not easy here. Not only did you have to work, like everyone else, without any leeway’s, but you also had to get used to the lack of basic benefits of civilization. However, the weather vagaries were much worse - the sweltering summer heat and severe frosts in winter. He never said a word of regret that he left the comfortable Leningrad and Kaunas and arrived in the bare steppe. Over time, he realized that he needed to grow further. Leonid Kartauzov read in a local newspaper about a single-leg machine operator who worked successfully in the field and decided, why not try it for himself. But how could he get permission to work on the combine? He had to learn. However, the chairman of the state farm was in no hurry with an answer, he allowed only to be an operator on the plow. A few months later, he was allowed to control the tractor. Since August 1956, Leonid was entrusted with the DT-54 tractor, and in the fall he passed the exam and received a machine operator’s certificate. And the work started in full swing. Thus, a native of the distant Leningrad region became a grain grower. Kartauzov worked for a long time on the K-700 and combines of various brands at the Rodina state farm in the Tselinograd region. In 1972, Leonid Mikhailovich received the title of Hero of Socialist Labor "for the great successes achieved in increasing the production and sale to the state of grain, sugar beets, cotton, other agricultural products, and the manifested labor prowess in harvesting." The hero died on November 17, 2016.

The virgin land is not only millions of hectares of plowed fields, tens of thousands of combines, record harvests of grain, but also examples of amazing human destinies. Behind each cultivated plot of land, behind each spike of wheat grown, there is a person. A simple man capable of a great deed.