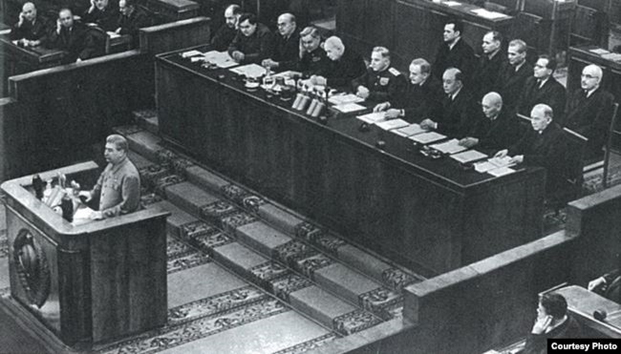 This unique photo was taken in October 1952 in Moscow. The 19th Communist Party Congress was held on these autumn days. Joseph Stalin speaks at the podium. The leader of Soviet Kazakhstan Zhumabay Shayakhmetov sits in the front row of the presidium. What was the First Secretary of the Communist Party of Kazakhstan thinking at that moment? Did he recall his distant village, parents, father, who was just a shepherd, himself as a boy running after the flocks of sheep? And who could have said that after half a century he, a shepherd’s son, would be one of those leaders on whom the fate of millions of people would depend.

Zhumabay Shayakhmetov was born at the very beginning of the 20th century - on August 30, 1902 in a shepherd’s family in village No. 2 of Shabarkulskiy district in Omsk region. His father understood that only education could help his son to make the way in the world, therefore he sent the boy to the village school in Ashykul. Zhumabay was a studious pupil. Then he went to the two-year Russian-Kazakh school. It was the turning point of the first half of the last century - the Russian Empire was roiled by revolutions, then the Civil War broke out. It was the time of all against all and every man for himself, a time of banditry, against which the young Soviet authorities had to contend somehow. And they relied on committed young people. Young Zhumabay Shayakhmetov had worked for the local law enforcement and criminal investigation authorities for six years, from 1920 to 1926.

The beginning of a long journey…

He started his career in the party in the early 30s. In September 1932, Zhumabay was sent to N. Narimanov Moscow Institute of Oriental Studies at MSU. By this time, he had already been married and had children. After studying in the capital, the young Shayakhmetov family came back to their homeland. Soon, Zhumabay Shayakhmetov had become the Third Secretary of the almighty Central Committee of the Communist Party of Kazakhstan. A little later, the young and ambitious party member became the Second Secretary. He had to not only solve industrial and economic issues, but, no less, to save people. Shayakhmetov took the NKVD’s heat off Kanysh Satpayev, having sent him to Moscow. In the capital, Kanysh Imantayevich taught at one of the universities, and when everything was settled, Shayakhmetov returned the great scientist home. The Academy of Sciences was established in the republic. And it was Zhumabay Shayakhmetov who insisted that Kanysh Imantaevich headed it. Much emphasis is on the fact that it was the First Secretary of the Central Committee of the Communist Party of Kazakhstan who saved Mukhtar Auezov from the Cheka agents’ massacre. The rescue operation was the same - Moscow, an inconspicuous teaching position, and when everything settled - return home. 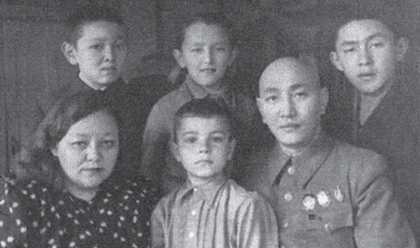 The Great Patriotic War was the most difficult, but also one the most productive periods in the career of Zhumabay Shayakhmetov. As soon as Nazi Germany had started bombing the Soviet cities, the country’s leaders decided to evacuate millions of people and hundreds of industrial enterprises to the east of the USSR. As the head of the republic, Zhumabay Shayakhmetov had not only to allocate plants and factories, but also to launch their production taking into account wartime conditions. Everyone knows that nine out of ten bullets fired by Soviet soldiers at the enemy were produced in Kazakhstan. And the leader of the republic was directly relevant to this fact. The East Kounrad molybdenum deposit was put into operation in summer of 1942. The Dzhezdinskiy manganese deposit was established in a record 38 days. 25 deposits, mines and open pits, 11 processing plants were built in Kazakhstan during the war years.

After the wartime, the country had been returning to civilian life. The first Central Asian Women Pedagogical Institute, the Conservatory, the Institute of Physical Culture, the Youth Theatre, the Institute of Foreign Languages, and many industrial enterprises were opened in Alma-Ata due to Shayakhmetov’s perseverance. The Academy of Sciences was opened in 1946. Dinmukhamed Kunayev recalled that Stalin had a long private talk with Zhumabay Shayakhmetov at the 19th Party Congress in 1952. Later, the Kazakh delegates found out what the conversation was about. Stalin talked with Zhumabay about the animal husbandry development, advised him to sow more Sudan grass, because this fodder crop withstood drought well.

But destiny had another fate in store for the Kazakh steppes. After the replacement of leadership in the country, the relationship between Kazakhstan’s leader and Nikita Khrushchev failed. Shayakhmetov was removed from office on February 6, 1954. Then he held the position of the First Secretary of the Central Committee of the Communist Party in South Kazakhstan. He had been seriously ill in these years; doctors discovered a brain tumor. He was operated in Moscow, but the doctors were powerless. In October 1966, Zhumabay Shayakhmetov died in Alma-Ata. More than half a century has passed, the country where he lived and worked does not exist, but the people’s memory of his merits is still alive after so many years. And it will live for a long time.