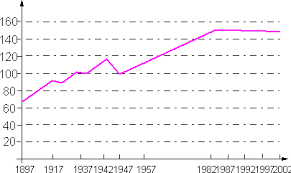 The development of virgin lands can be compared to the mass resettlement of peoples, if not great, yet large-scale. It seems that in the twentieth century such an example of voluntary resettlement of millions of people can hardly be found. Hundreds of thousands of young people from all over the republics of the former Soviet Union, who responded to the party's call in the first year of the virgin epic, one can say that they have significantly changed the demographic situation in Kazakhstan and some regions of Siberia. People who came to Kazakhstan believed in good luck, in the possibility of a better life, and many stayed here forever. Among them Anatoly Khaletsky. A native of distant Belarus arrived in the Kazakh steppes to raise the virgin lands in March 1955. He had just finished a trade school and completed almost the entire course for eighteen-year-old boys. The group of Anatoly Khaletsky came to the village of Novoalexandrovka, Atbasar district. He worked as a tractor driver, a combine driver, then he shared his work experience - in the school of mechanics. And since 1960, he has been living in the village Balkashino Sandykatu district in Akmola region. Anatoly Khaletsky became one of thousands of natives of Belarus, for whom Kazakhstan became a new homeland.

Thus, only from late February to late April 1954, more than 146 thousand boys and girls were sent to the northern regions of our Republic from Belarus, Ukraine and western regions of Russia by the party and government agencies. And the virgin lands in many respects have changed national structure of Kazakhstan.

At realization of the tasks put by party in development of virgin lands many things were not considered. One of the key factors among these factors is the national characteristics of Kazakhstan. However strange it might be, it seemed that everyone was going to work in the field and accordingly the share of rural population should have increased, but everything was far from that. The number of citizens from 28% in 1939 has grown to 44% by 1959. Compared to the same 1939, the population of the Republic in 1959 increased by 3 million 216 thousand people or 52.8% and amounted to 9 million 295 thousand people. Of course, all this has affected the growth of the number of cities. Significant changes have taken place in the resettlement of the population. By the end of the fifties in Kazakhstan there were already 182 urban settlements, including 43 cities and 139 urban-type settlements. And according to the All-Union census of 1959, Kazakhs in Kazakhstan at that time numbered 2 million 787 thousand people. The number of Russians increased by 92.4 thousand, or 7.4 times, Ukrainians by 8.8 thousand, or 7.6 times, Tatars by 4.5 thousand, or 7.6 times. The Kremlin has developed a project to resettle 50,000 families in Kazakhstan this year, and it should be noted that the tasks were not just fulfilled, but overfulfilled. And in the shortest possible time. More than 54 thousand people came to Kazakhstan from Moscow and the Moscow Region alone, 3 thousand from Ukraine and more than 100 thousand from Belarus. In general, it should be said that during this period the number of Belarusians in Kazakhstan increased significantly, in virgin areas - 7 times. In the late 1950s, almost 60% of Belarusians lived in the north of the country.

The impact of virgin lands on the demography of Kazakhstan

During the first two years of virgin lands, more than 400 grain state farms were created in the republic, they gave the country from one third to half of all grain produced in the Soviet Union. And new settlements were built by the forces of all the Union republics. All the Union republics contributed to the creation of these settlements. For example, Ukraine for the creation of 54 grain state farms, and neighboring Belarus - 22. Processes which have covered Kazakhstan in years of virgin campaign, certainly, have considerably influenced all aspects of life of the republic. It can be said that exactly in this period Kazakhstan was a truly multinational country.