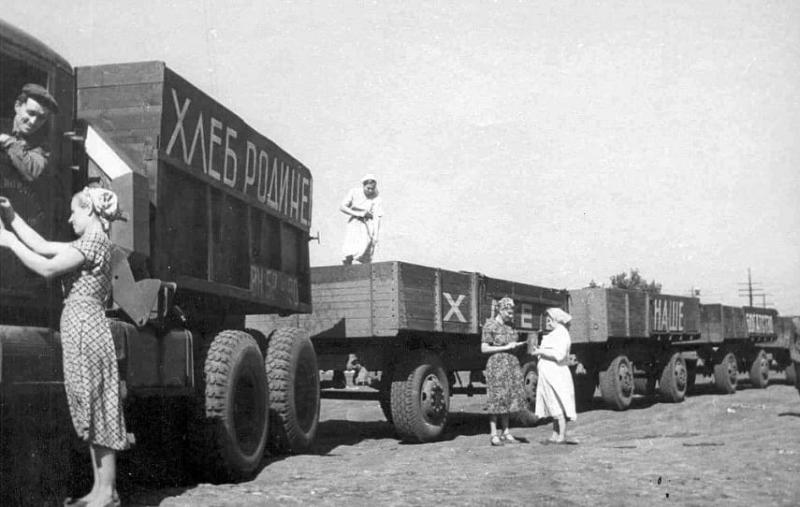 Pros and cons of developing the virgin lands. The campaign for the development of virgin and fallow lands in Kazakhstan, which was carried out from 1954 to 1965, cannot be viewed in a unipolar way: had it been a positive or negative event? There is no unambiguous answer to this question, because the virgin land epic brought both development and certain degradation to our country.

The World of NAN portal presents an overview of pros and cons of virgin lands development.

It is better to begin the review with the pros of the virgin lands campaign, because nobody doubts that the agriculture of Kazakhstan has made a significant breakthrough by developing the virgin lands. And several factors have contributed to this.

More than 640 thousand people from all over the Soviet Union came to Kazakhstan to conquer the virgin lands in the first three years. These were people of different ages and different professions: machine operators, agronomists, builders, engineers, doctors, teachers and even workers of culture and art.

Although initially there were more than 640 thousand volunteers in Kazakhstan, the number of those who were really needed here - machinists, tractor drivers, construction workers - was about 130 thousand. Therefore after the first dispatch it was decided to strengthen the work to improve the professional level of the virgin landers. Already at the end of 1954 specialists, directors of state and collective farms, agronomists began to be involved in this work. In short, specialists in agriculture.

Such a large-scale migration of qualified workers made it possible to bring the agriculture and the provision of social infrastructure to a new level in a short period of time.

For the years of development of virgin lands the level of technical equipment in agriculture has radically changed in Kazakhstan. Namely machinery, as it is known, is the main tool of production and a decisive factor in the development of agriculture in general.

Thus, on the virgin fields there were five times more tractors than in the early 50s, and combines and trucks - six times more.

Later under the leadership of Academician Alexander Barayev four generations of anti-erosion machinery were successfully introduced in the country.

In six years, about 20 million hectares of previously uncultivated land were reclaimed.

Social infrastructure in the countryside

Of course, speaking of the successes of the development of the virgin land, it is impossible not to mention the development of the accompanying infrastructure. Dozens of new settlements and towns have appeared. About 750 schools were built and more than 19 million square meters of housing was constructed. Remarkably, the majority of new square meters was constructed in rural areas.

The disadvantages of the development of virgin lands.

Now it is time to speak about the disadvantages of the virgin lands campaign, of which there were many. The majority of specialists and historians agree that the virgin lands were reclaimed in a hurry, sometimes neglecting the well-considered and rational approaches. The negative consequences of such an approach were not long in coming.

The methods of tillage used at the beginning of the virgin land epoch (including ploughing) have led to the occurrence of wind erosion. Simply put, the fertile soil layer was literally blown away by the slightest whiff of wind.

As a result of the disturbance of the ecological balance, as well as wind and chemical soil erosion, dust storms became a real disaster. Only in 1956-1958 the wind blew away more than 10 million hectares of fertile cropland from the virgin fields.

If not the urgent intervention of scientists, including the academician Alexander Barayev, who began to introduce soil-saving methods, the steppes of Kazakhstan could have become unfit for any kind of farming.

Yes, in first years the country got long-awaited virgin bread, but because of applied methods of work already in several years the volume of harvested grain sharply decreased. According to scientists, the efficiency of cultivation of the fields fell by 65%.

Subsequently, despite the technical means, manpower and cash flows directed to the development of the virgin lands, such necessary stability for success could not be achieved. According to the recollections of witnesses, in bad harvest years the republic could not collect even the sowing fund.

The ill-considered policy of virgin lands campaign had negative impact not only on nature and crop yields. The centuries-old unique nomadic economy was broken. Pastures suitable for livestock development were irrevocably lost.

Not only did the development of virgin lands require enormous human resources, it also absorbed an exorbitant amount of money. Twenty percent of all funds allocated for agriculture of the USSR, i.e. nearly 20 billion rubles, were invested in the first five-year plan alone.

However, by the mid-sixties the euphoria of the virgin lands epic was finally gone. Many even began to talk about the impending crisis in the Soviet agriculture. And here we talk primarily about grain production, because in these years the USSR was forced to buy about 12 million tons of grain abroad for the first time in the past few years.

67 years passed since that moment, when the leadership of the Soviet Union decided to develop vast expanses of Kazakh steppes. This way the authorities intended to provide the country not only with bread, but also to give a powerful impetus to the development of agriculture.

It was a unique megaproject, which with the proper approach could go down in history as an example of a truly man-made miracle.

However, the absurd haste, total unpreparedness and aggressiveness of the applied methods of work did not allow to give the virgin lands epic an exclusively positive coloring.