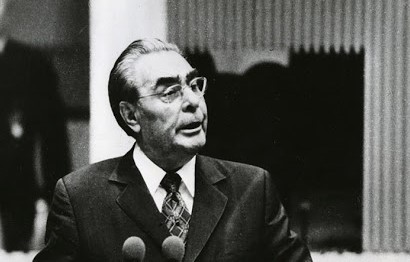 The March Plenum of the CPSU Central Committee can be called "lessons learned" over the past few years. There have been plenty of them. From 1959 to 1964, the rate of production in agriculture decreased, which affected the implementation of the party's food program. Besides, in those years material and technical equipping of collective and state farms left much to be desired. Only from 1961 to 1964 peasants didn't get 207 thousand tractors, 80 thousand of which were plough farming machinery. By the level of mechanization the USSR villages in those years was far behind its main competitor - the USA. Weak technical base of collective and state farms entailed growth of number of workers employed in agrarian sector. If in the USA had more than seven million people working in rural areas, the Soviet Union had as many as 31 million people. And yet agricultural output in the United States in those years was 25-33% higher than in the USSR. Personal farming households suffered during the "Khrushchev decade". Nikita Khrushchev planned to eliminate them in general. Now the state strictly determined who and how much livestock to have. It came to the point that in some regions of the Soviet Union it was even forbidden to keep cattle in the personal ownership of citizens in cities and working settlements. Since 1958, the number of livestock and the size of homestead lands have been significantly reduced. However, it was not possible to bring the plans to fruition. Khrushchev was retired in October 1964. And the new leadership of the party and government had to take urgent measures to remedy the situation. They were announced at the March Plenum of the CPSU Central Committee.

So what did the state offer?

It was there that an important document was adopted - "On Urgent Measures for Further Development of Agriculture in the USSR", which was intended to fix what was done. Within a few days from March 24 to March 26, 1965, its delegates were looking for ways to solve the problems accumulated during the years of Khrushchev's decade in the agricultural sector of the Soviet Union. And the main initiator of innovations in the village was the new leader of the state, the Party Secretary General Leonid Brezhnev. Where did the reforms begin? Moreover, they were quite radical. Perhaps the most importantly, they began with the reorganization of the state agency responsible for agriculture. Thus, in the Union republics the Ministries of Production and Harvesting of Agricultural Products were transformed into the familiar to us Ministries of Agriculture. Territorial production kolkhoz and soviet departments have become a thing of the past. Production in the countryside was now the responsibility of the restored structural units of the local Soviets' executive committees. 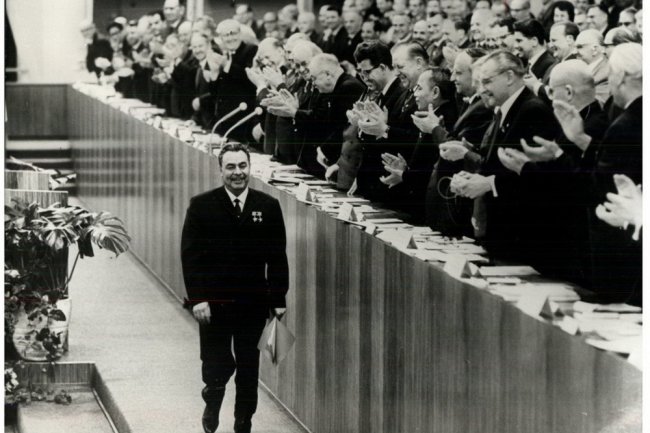 Farmers had to be incentivized

At the same time, it was necessary to interest the villagers themselves to work with even greater efficiency. But you won't be feed yourself with slogans alone. First of all, the government raised purchase prices for agricultural products. It was an economically sound decision. From 1965 to 1977, procurement prices increased one and a half times without changing retail prices. At the same time, the government set an extra charge for the unscheduled sale of wheat and rye up to 50% to the already set procurement prices. The plan for grain procurement was lowered, and the established norms could not be changed within five years. Thus, the plan of grain procurement for 1965 was reduced from 4 billion poods to 3.4 billion poods. Another important concession for peasants. All collective and state farms had their debts written off. In general, after the March Plenum they were given, what is called, a breath of freedom. They have great independence in financial matters.  They left the profit they received at the disposal of state farms, which should be used for the expansion of the economy and capital construction. In just four years from 1966 to 1979 state farms received 8.6 billion rubles of profit. In addition, they could take direct bank loans while in the past they could only do so through procurement organizations. In addition, the government instructed the State Bank of the Union to give additional long-term loans to collective farms, which were to be used for purchasing cattle, thus improving the gene pool. Loans were also issued for the construction of houses, various social and cultural facilities. There were also some exemptions in taxation policy. Already since 1966, collective farms had to pay taxes not from the gross, but from net income. In the same year, "labor days" were abolished and wages of collective farmers were introduced. In general, the wages of villagers for 1965 - 74 years increased by 1.8 times. All this made it possible to attract qualified personnel to the villages. By 1974, almost 4 million machine operators and more than one million university graduates worked in agriculture.

Issues with technical equipping of collective and state farms were also resolved. To solve these problems the government planned to increase the production of tractors from 355 thousand to 600 - 625 thousand units per year. In 1965, the government also allocated three billion rubles to purchase new agricultural equipment and increase the wages of collective farmers. During the ten years of implementation of the new program the fleet of tractors has increased by 1.4 times, and its capacity - 1.8 times. 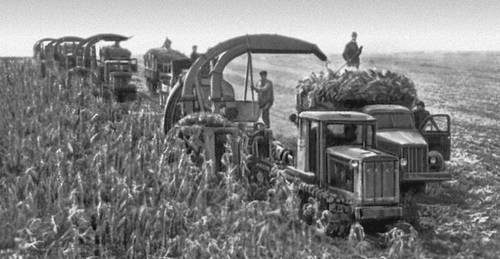 It was announced that a large-scale melioration program would be implemented. It has affected absolutely all agricultural regions of the Soviet Union. As a result of this program, the territory of irrigated lands has increased from 9.9 to 13.7 million hectares. By 1974, they gave agricultural products over 21% of the gross output of the entire agricultural complex of the USSR. The agricultural chemicalization program was developed. The industry was provided with mineral fertilizers. These works required serious capital investments. For ten years the volume of state financing of the land melioration program was increased to 25 billion rubles. The total amount of financial investments in agriculture in 1966-1980 exceeded 383 billion roubles. This exceeded all previous investments into the agricultural sector by more than three times.